Coronavirus Leila Najafi Want to Stay in Costa Rica for Over a Year? A New Law Might Help You
Home  >  News   >   Bombardier and Boeing Introduce New-Design Aircrafts 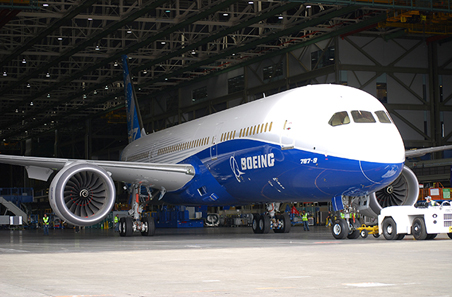 Two new planes took to the skies this week, each promising a quieter, smoother ride for passengers and cost savings to the airlines. Bombardier’s CSeries aircraft flew in the form of the CS100 at Montreal’s Mirabel Airport. Just one day later Boeing’s 787-9 Dreamliner took off from Paine Field just north of Seattle on that type’s maiden journey.

The CSeries is a "clean-sheet" aircraft type meaning it is a completely new design, not an adaption of a previous model. There are currently two versions of the plane planned, the CS100 which will carry approximately 110 passengers and the CS300 which can carry up to 160. This puts the plane in the niche space between the smaller regional jets which are often flying shorter routes and the larger Boeing and Airbus single-aisle jets which seat 150-190 passengers.

The Dreamliner project is similarly a clean-sheet aircraft type, though the -9 variant is an extended version of the current 787-8, not completely new unto itself. It adds 20 feet to the fuselage and carries 40 more passengers in a typical configuration. The 787-9 also has a range of about 600 kilometers more than the 787-8.

Both planes have a number of technical improvements included in their designs. One of the most significant developments in the CSeries program is the new engines—the Pratt & Whitney PW1500G geared turbofan—which are incredibly quiet, much more so than anything comparable in the market. This is good news for people who live near the airport and passengers on board. Passengers will also benefit from a cabin layout featuring only five seats across rather than the typical six on a plane of this size. That means wider seats—18.5-19" versus the typical 17.2-18"—and a more comfortable ride, in addition to the quieter cabin. Pilots will benefit from an advanced avionics system as well. On the Dreamliner the composite fuselage allows for higher humidity in the cabin and a higher pressurization level, both of which contribute to passenger comfort on long-haul flights.

Swiss Airlines is the launch carrier for the CS100 with deliveries expected in late 2014 or early 2015, though that is subject to change as these sorts of timelines often do. The first deliveries of the 787-9 will be made to Air New Zealand in mid-2014.