An Insider’s Guide to the War of 1812 Bicentennial Celebrations 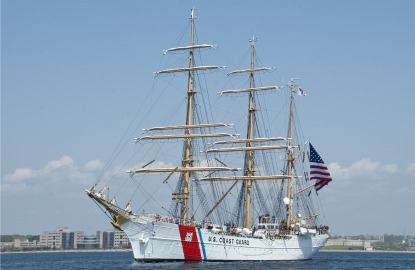 American history and family fun go hand-in-hand this summer in Virginia Beach, Baltimore, Boston, and other cities—all of which are hosting festivities to commemorate the bicentennial of the War of 1812. June marks the kickoff of a three-year national commemoration of the conflict with Great Britain: The War of 1812 began over maritime disputes, lasted three years, and is also known as America’s "Second War of Independence." If you’re a history buff planning a trip in the coming months, consider timing it with one of these events. Here’s a sampling of what’s scheduled in three East Coast cities—plus, check the official War of 1812 Bicentennial website for details on celebrations in a dozen other destinations.

Add an air show and maritime parade to the list of Virginia Beach’s family-friendly attractions. June starts off with the Virginia Beach Patriotic Festival (June 1–3), in conjunction with OpSail 2012 Virginia (June 1–12.)

Part of the national OpSail 2012, the Sea and Air Parade of Sails (June 6–8) is slated to include a bevy of American and international historic tall ships and Navy vessels, as well as waterborne and air assets from the U.S. Navy, Coast Guard, Army Corps of engineers, and other domestic and international organizations. The first ships will pass Town Point Park in downtown Norfolk midday on June 6 and will arrive and anchor on the Virginia Beach waterfront on June 7, with a parade on June 8. Then, the parade sails back to Norfolk for additional public tours during Norfolk Harborfest (June 8–10); fireworks follow on June 9.

Not only does Baltimore have an iconic baseball team, a world-class aquarium, and arguably America’s freshest steamed crabs, but it’s also the spot where Francis Scott Key penned our national anthem during the War of 1812. To celebrate this and to kick off the national salute, Baltimore is hosting a Star-Spangled Sailabration event (June 13–19) that will turn the city’s Inner Harbor into a festive floating museum featuring more than two dozen OpSail 2012 tall ships and Navy vessels from around the world.

The celebration will include free daily ship tours (June 14–18). In addition, other festival highlights will take place at some of the city’s 10 sites with a direct tie to the War of 1812. You can view the original manuscript of Francis Scott Key’s "Defence of Fort M’Henry," which would become "The Star-Spangled Banner," at the Maryland Historical Society’s With Broad Stripes and Bright Stars exhibit; attend the Celebration of the American Flag event at Fort McHenry (June 16), complete with fireworks and a concert; and check out U.S. Navy, Marine, and Coast Guard aircraft on display at Martin State Airport. A festival highlight will be the Star-Spangled Air Show (June 16–17) featuring the Blue Angels—with autograph opportunities both days with the pilots. Music lovers can also enjoy a concert (June 17) featuring the debut of a new symphonic work at the Meyerhoff Symphony Hall. Check out the complete event schedule at www.starspangled200.com.

Steeped in maritime history, Boston will add a commemoration of the War of 1812 to its 31st annual Harborfest celebration (June 28–July 4). Featuring more than 200 events, from reenactments of early 19th-century gun drills to a sunset parade honoring our nation’s flag, the centerpiece of the festivities will be the USS Constitution, our nation’s oldest commissioned ship, also known as "Old Ironsides." Launched in 1797, the ship played a pivotal role in the War of 1812. There will also be an OpSail 2012 Parade of Ships in Boston Harbor on June 30 (with some ship tours available); a celebration of the songs of the War of 1812 (June 30 at Paul Revere House); and the tasty annual Chowderfest (July 1) competition for the best restaurant clam chowder. The festivities will culminate with fireworks and a free Boston Pops concert on July 4.

Where to Stay: To be front and center on the action, book a room at the Boston Marriott Long Wharf (from $299/night), a family-friendly hotel that’s also close to the Aquarium. Or, try the Millennium Bostonian Hotel (from $352/night), adjacent to Faneuil Hall.