Beyond Sushi: Ten Fantastic Foods to Eat in Japan

Ask just about anyone: What do people eat in Japan? and their answer will almost certainly be: Sushi. Sushi—a term that actually refers to the specially prepared rice, not the fish itself—is definitely an important and iconic part of Japanese cuisine. But it’s only the tip of the iceberg. Here, a round-up of ten very delicious, very Japanese foods. Surprise: none of them are ramen, tempura, udon, soba, or involve raw fish. 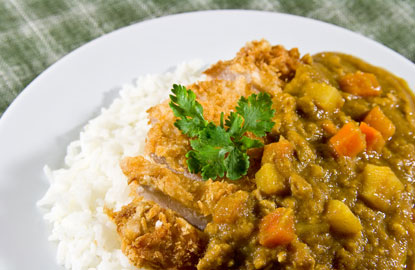 Curry Rice: All hail curry rice: Japan’s national dish! Curry isn’t a traditional Japanese recipe—it was brought over by Indian traders during the Meiji Era (1868-1912)—but in the intervening decades, it’s been adapted to Japanese tastes and has become Japan’s quintessential comfort food. Fragrant and much sweeter than its Indian counterparts, Japanese curry rice is prepared with every imaginable combination of Japanese vegetable, meat, or seafood; its spiciness customized per the customer’s wishes. 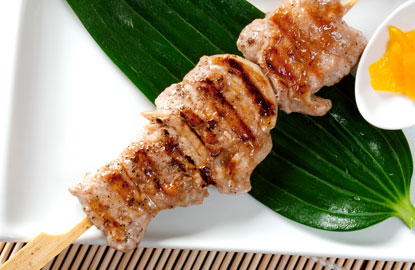 Yakitori: The izakaya—a Japanese-style gastropub—is a staple of social life in Japan; a meeting place for friends, a haven for tired businessmen. The most common type of food served at an izakaya is yakitori —meat skewers slathered in tangy barbecue sauce and grilled to perfection. Sample all manner of protein, from pork to beef liver to chicken heart. Horumon (offal) is a major yakitori ingredient. Those with more conservative tastes can try skewers of negima, chicken meat and spring onions, or gyuu rosu, chunks of beef loin. 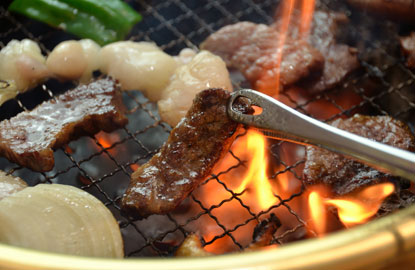 Yakiniku: Yakiniku, Korean-style barbecue adapted to Japanese tastes, is an extremely popular food in Japan (yakiniku literally means "grilled meat" in Japanese). Part of yakiniku’s appeal is the campfire-like atmosphere: each diner cooks his or her own meat on a griddle built into the table. Grill vegetables, pork, beef, chicken, and shellfish, or, as in the izakaya, horumon delicacies like beef tongue, chicken heart, tripe, or liver. Any way you grill it, yakiniku is perfection on a plate. 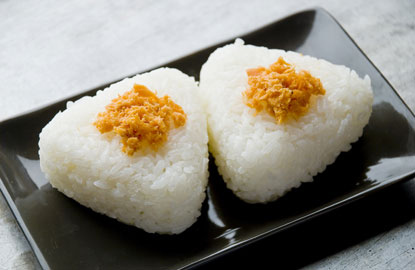 Onigiri: Forget sandwiches; onigiri are the ultimate portable food. Onigiri are rice balls, often stuffed with ingredients like pickled plum, tuna or salmon salad, salmon eggs, or bonito fish flakes prior to being wrapped in seaweed. At an izakaya, you can get them grilled, with a crunchy soy sauce-flavored crust. Onigiri are perfect in a bento lunch box or when you’re on the go; convenience stores sell them in an ingenious cellophane wrapping designed to separate the rice from the seaweed so each component stays fresh. 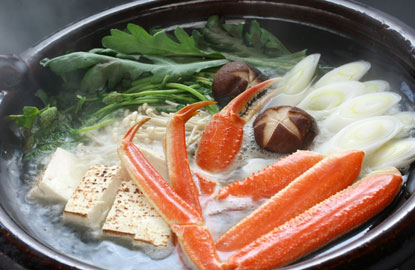 Nabe: Most Japanese restaurants outside of Japan serve miso soup, a simple soybean, seaweed, and tofu broth that’s enjoyed as a side dish. But when you want to really drown your sorrows in soupy goodness, hearty nabe is the ticket. Nabe is the ultimate communal wintertime meal. Fire up the giant soup pot and add the ingredients—meat, vegetables, seafood—and let them simmer until they’re cooked, then ladle out individual servings. As the meat and vegetables get eaten, drop in the noodles and slurp up the remnants of the broth. 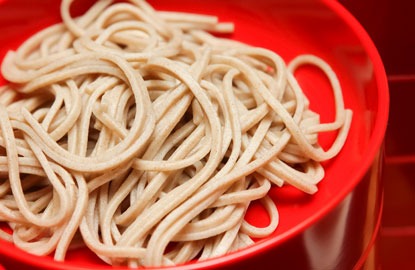 Nagashi Soumen: One of the tastiest ways to stay cool during brutal Japanese summers is by eating soumen—cold soba noodles. By far, the "coolest" way to enjoy them is to partake in the ritual of nagashi soumen, in which soumen noodles are piped through halved bamboo logs by the force of cold flowing water. Stand by the log with a bowl of sweet and sour tsuyu sauce with your chopsticks in hand, ready to catch the noodles as they float by and dip them into sauce. More fun than noodles have a right to be. 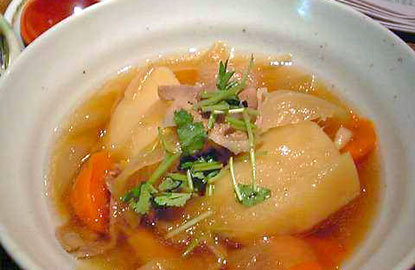 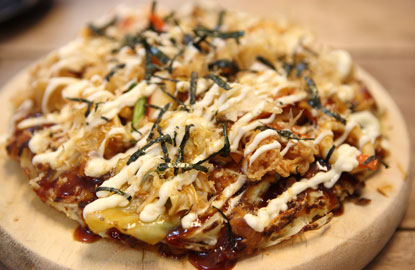 Okonomiyaki: No top ten list of Japanese foods would be complete without a nod to Osaka cuisine. Osaka, nicknamed tenka no daidokoro ("nation’s kitchen"), is famous for being a gourmand’s paradise. Okonomiyaki means "grilled any way you like," in Japanese, which might be partly responsible for its appeal. Okonomiyaki is between an omelette and a savory pancake; its egg batter prepared with cabbage, flour, and any kind of protein or vegetable you’d like, from kim chi to pork to squid. After being grilled right at your table, okonomiyaki is usually topped with barbecue sauce, seaweed, bonito fish flakes, and squiggles of mayonnaise. 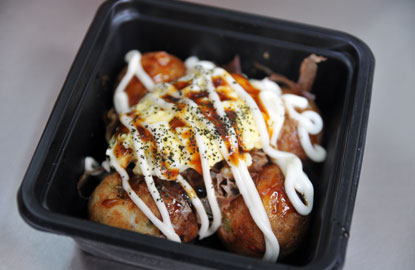 Takoyaki: Another Osaka treat, takoyaki is the city’s most revered street food. Takoyaki are ball-shaped fritters—crispy on the outside, creamy on the inside, and anchored by the firm bite of octopus. Toppings include seaweed, bonito fish flakes, barbecue sauce, scallions, and mayonnaise. Spear them with a toothpick and eat with caution: your takoyaki will be extremely hot. 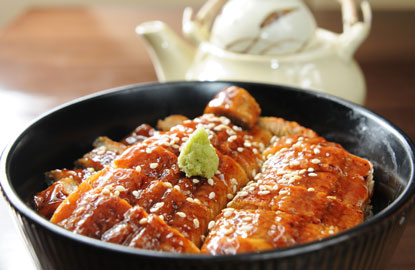 Tonkatsu: Few things are more amazing than pork… unless it’s Japanese-style fried pork cutlets. Tonkatsu cutlets are fried in panko crumbs until juicy before being sliced and served over white rice, often alongside crunchy Japanese pickles, grated radish, and a savory plum sauce. Tonkatsu is also very popular topping for curry rice, bringing an already fabulous dish to a whole new level. Nothing could be more satisfying, or more Japanese.

Check out our cheat sheet for how to eat in season around the world; find out where to find the best food in Boulder, Colorado; and take a look at our picks for the can’t-miss restaurants in Mexico City.