Coronavirus Leila Najafi Want to Stay in Costa Rica for Over a Year? A New Law Might Help You
Home  >  News   >   Better In-Flight WiFi On the Way

Better In-Flight WiFi On the Way 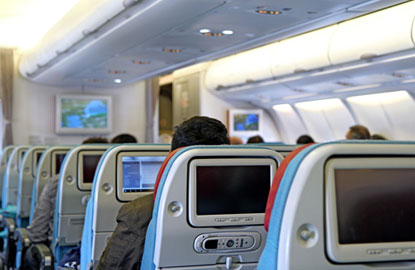 In-flight internet connectivity is getting a makeover. Sure, the technology has only been around a few years, but providers are constantly working to improve their products. The coming months will see significant improvement in both the quality of the product being offered as well as the number of planes with service.

Delta, currently the carrier with the most airplanes equipped with connectivity, announced this week upgrades to their Gogo-based offering. The systems currently installed on Delta planes will be upgraded to the new ATG-4 connectivity solution. This will allow for speeds up to 4x faster than the current link between the airplanes and the ground. Delta and Gogo also announced that the Gogo Vision streaming media offering will be added to the entire fleet. Gogo Vision allows passengers to rent movies or TV shows for a 24 hour period, covering the flight and time on the ground afterwards. Current pricing suggests that the Vision product will be less expensive than current in-flight paid entertainment options, though the selections will generally exclude new releases.

Other providers are also making noise this week. JetBlue, one of two large carriers in the United States without internet widely deployed, indicated this week that everything is on schedule for the anticipated "early 2013" launch of their satellite-based connectivity offering. The JetBlue offering will take advantage of a new satellite launched late last year which promises significantly faster connection speeds, well above the ATG-4 option from Gogo or other satellite providers. Also, because it is satellite-based, the JetBlue offering will not be limited to flights over land.

And, to make things even more interesting, JetBlue is going to make access to their in-flight WiFi free during the initial deployment. As currently announced, this will cover the period of the first 30 aircraft installation. Contrast that with Gogo which has quietly raised prices on certain flights by taking away the option to purchase a single flight pass during the trip. Recent reports suggest that only 5% of passengers are buying the service when it is offered; the free option might just be the only way to really drive up-take on the connectivity. Perhaps a bit of competition in the market will improve the offerings for customers in more ways than just speed.

Customers are going to get faster connections and broader coverage. And, in some cases, they’re going to be getting it for free or for less than they’re currently paying. That sounds like good news.