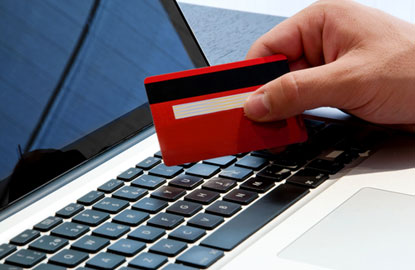 Do you have stashes of frequent flyer miles with different airlines but never enough for an actual plane ticket? One way to get airborne fast—and free—is to spring for one of those airline’s credit cards whose sign-up bonuses have reached dizzying heights. Here are a few of the best offers we’ve found.

The United Explorer card will hand over up to 65,000 miles to United MileagePlus members who sign up by June 30, 2012—and 50,000 of them will appear in your account after first use of the card. You get another 5,000 if you add a qualified user to the card and the final 10,000 if you charge $25,000 in a calendar year. You have to have at least one frequent flier mile on United to qualify. (The standard offer is 40,000 miles at sign-up.) Even if you stall out at the first 50,000, you could end up with two round-trip domestic fares. Explorer also gets you priority boarding on United and two free passes to the United Club airport lounges each year. Like most airline cards, it comes with a $95 annual fee, waived the first year.

British Airways Visa Signature is offering up to 100,000 points if you sign up for their card—50,000 with first use, 25,000 more after you charge $10,000, and 25,000 for the next $10,000. You can also get a free companion ticket after the first $30,000 spent. Notice I said "points," not miles. British Airways awards something called Avios points which spend a little differently than miles: 100,000 Avios will buy a round-trip business class airfare. This card is useful if you travel overseas a lot because it charges no foreign transaction fee and uses chip-based technology, which is more widely accepted than magnet strips outside the U.S. You get 2.5 Avios for every dollar spent on British Airways and 1.25 Avios per dollar on other purchases.

The US Airways Mastercard from Barclay’s Bank offers up to 50,000 as a sign-up bonus. You get 40,000 after first purchase, 10,000 after the first year, and 10,000 more each time you renew (which helps cover the $89 annual fee). You can also get two $99 companion tickets each year, preferred check-in and boarding, and one free pass to the US Airways Club annually.

American AAdvantage Platinum Select Visa Signature and World Mastercard, new from Citi, both deliver 30,000 miles if you charge $1,000 in three months. They come with a $95 annual fee, waived the first year, and travel perks such as priority boarding and your first checked bag free. The Visa throws in a $100 discount on an American flight if you spend $30,000 in a year and renew your membership. As of April, you can also get 10% of your miles back (up to 10,000 per year) on the Visa when you book a flight using AAdvantage miles, and 5 percent from World Mastercard. Which AAdvantage card you choose may come down to whether you prefer the built-in travel perks of Visa Signature or World Mastercard.

Chase Sapphire Preferred Visa offers 40,000 points if you charge $3,000 in the first three months, and awards two points for every dollar spent on airfare, hotel stays, car rentals, and restaurants. Anything else earns one point per dollar. While you won’t get the travel benefits of an airline-specific card—like free checked bags and companion tickets—this card gives you a lot more flexibility. Points can be transferred to the loyalty programs for five airlines including United, Southwest, British Airways and Southwest, and three major hotel chains—Hyatt, Marriott, and Ritz-Carlton. You also get a 7% annual dividend on all new points, which helps offset the $95 annual fee (waived the first year).