The year 2011 is almost upon us and there are lots of ways to welcome it that don’t involve nursing a bottle of bubbly on your couch. We’ve rounded up nine cities that celebrate the New Year with style. From family-friendly affairs to all-night debauchery, find your perfect party below.

Did your favorite end-of-year destination not make the cut? Add your top choices in our comments below. 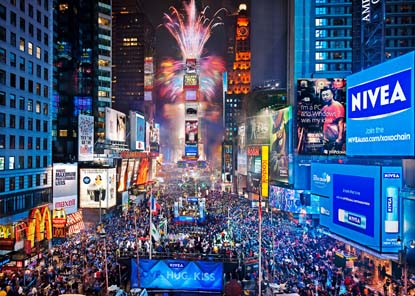 Best For: bucket listers
Over a billion people watch the Times Square bash on TV, but you’ll get more crowd buzz (and less Ryan Seacrest) in the onsite audience. You already know the basic drill. Mittened masses brave the cold brandishing free paraphernalia; celebs perform live; then, amid much kissing and confetti, a crystal ball weighing almost six tons drops from a flagpole atop One Times Square. Prudent partiers, however, will check the event’s official website before taking a bite of the Big Apple. It covers all the FAQs.
See our NYC guide» 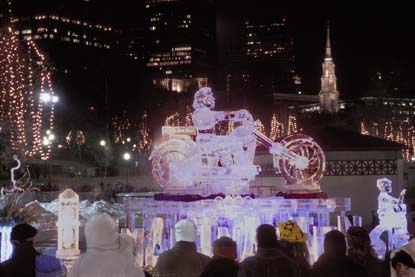 Best for: fun-loving families
Bostonians having been flocking to First Night since the event launched back in 1976. Starting at 1 pm on the 31st, 200 artsy alcohol-free activities will be staged at downtown venues both indoors and out. The whole shebang is affordable (an $18 button gains you entry into everything) and it’s family-friendly, too. For example, the Hynes Convention Center hosts an afternoon Family Festival and there is an early bird fireworks show at 7 pm for little tykes who can’t stay awake for the midnight extravaganza.
See our Boston guide» 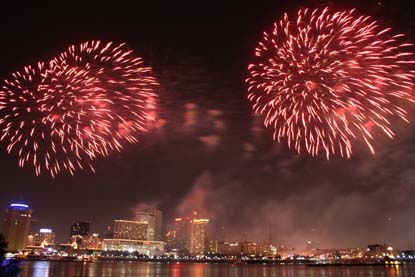 Best for: open-container law-lovers
Mardi Gras proves that the French Quarter knows how to throw a party and it pulls out all the stops again on New Year’s Eve for the Crescent City Countdown. Though Bourbon Street bars do booming business day and night, official celebrations take place in Jackson Square. Beginning at 9 pm there’s live entertainment at the Decatur Street City Stage; and, putting a Cajun spin on the classic ball drop, a nine-foot fleur de lis descends at the Jax Brewery building. Afterwards, fireworks explode over the Mississippi.
See our NOLA guide» 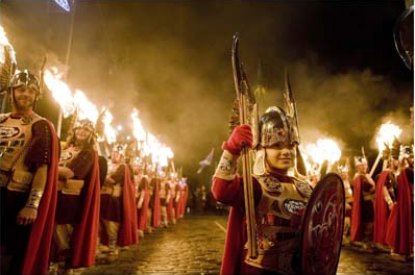 Best for: fans of bagpipes and other kilt-y pleasures
Go whole hog at Hogmanay: a raucous four-day fete, the roots of which reach back to pagan times. Things kick off with a fiery torchlight parade December 30 and close with a rugby match against rival Glasgow January 2. In between, the program is packed with street parties, concerts, and traditional Scottish keilidhs with Celtic music and dance. The highlight is a midnight pyrotechnic display featuring over four tons of fireworks and a rousing rendition of "Auld Lang Syne," the holiday anthem penned by homeboy Robbie Burns.
See our Edinburgh guide» 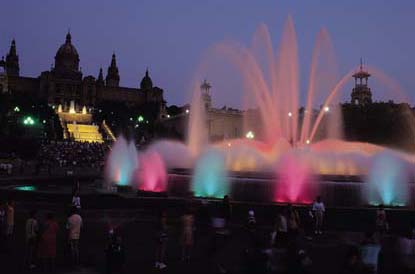 Best for: grape connoisseurs
The Catalonian capital’s Nochevieja (Old Night) fiesta will fulfill your grape expectations, and not only because Spanish wine flows so freely. In anticipation of the countdown, crowds converge on Plaza Cataluña to pop cava corks and swallow a dozen grapes—one for each chime of the clock—to ensure good luck over the coming twelve months. Night owls by nature, it’s no surprise Barceloneses dance til dawn. If you’ve got energy to burn, join them at the beach to usher the New Year in at sunrise.
See our Barcelona guide» 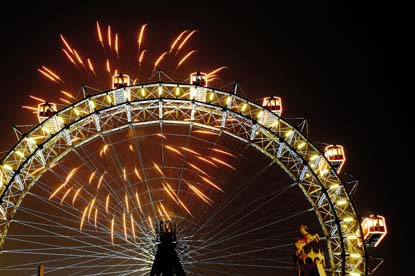 Best for: culture vultures
When it’s elegance you’re after, try waltzing through the weekend in Vienna. Tickets to glittery affairs—like the New Year’s Eve ball at Hofburg Palace or New Year’s Day concert at the Musikverein—are in great demand. But even public events retain a touch of class. The New Year’s Path, which threads through Old Town, is a case in point: follow it and you’ll not only hear the requisite rock. You will be treated to an operetta, a Mozart mash up and more. Impromptu waltz lessons are available as well.
See our Vienna guide» 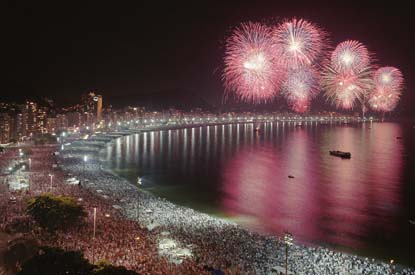 Best for: heat-seeking hedonists
Nothing beats Reveillon in Rio, which brings more than two million celebrants to the fabled Copacabana beach on New Year’s Eve. This being Brazil, you can expect throngs, thongs and an endless supply of infectious samba tunes. Festivities, though, also have a soulful side. Witness the flowers being ritualistically tossed into the ocean as a tribute to Iemanjá, an Afro-Brazilian goddess. At 12 am, over-the-top fireworks punctuate the revelry which carries on through the night.
See our Rio guide» 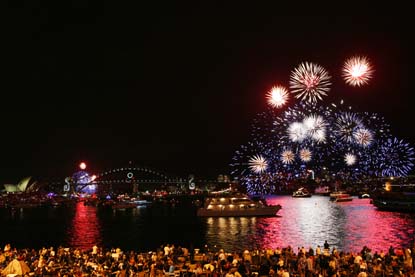 Best for: early birds
Sydney is perfect for A-type personalities who love being ahead of the pack because it’s the first super city to greet the New Year. Festivities focus on Sydney Harbour and events start in earnest at 8 pm with an Indigenous Smoking Ceremony designed to cleanse the harbor of bad spirits, followed by family fireworks and an illuminated boat parade. Some participating vessels (tall ships and vintage tugs among them) carry paying passengers, providing the ultimate view of the famous pyrotechnic finale at midnight.
See our Sydney guide» 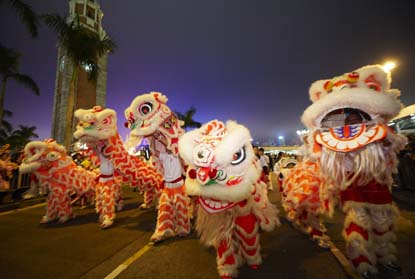 Best for: procrastinators
Late planners rejoice! Adhering to the lunar calendar, Hong Kong rings in the Chinese Year of the Rabbit on February 3. Warm-up activities include munching fried pastries, ogling lion dancers and having your fortune told at incense-filled temples. New Year’s Day there’s a Technicolor night parade, while stellar fireworks and holiday horse races are slated for Day 2 and 3 respectively. Just be sure to master the traditional greeting— "kung hei fat choy" (wishing you success and prosperity)—before you go.
See our HK guide»