The gala centerpiece of Queen Elizabeth II’s historic Diamond Jubilee, celebrating her 60 years on the throne, will take place over the weekend of June 2–5. Fit-for-a-queen events to expect include a river pageant on the Thames, a concert fronting Buckingham Palace, and a colorful carriage procession to the palace following a service at St. Paul’s Cathedral and a lunch at Westminster Hall. But visitors to the United Kingdom can also enjoy an unprecedented look at dazzling royal treasures and unique royal images in the months before and after the major celebrations. Read on for our top six picks of don’t-miss Queen-themed exhibits during the Diamond Jubilee year. 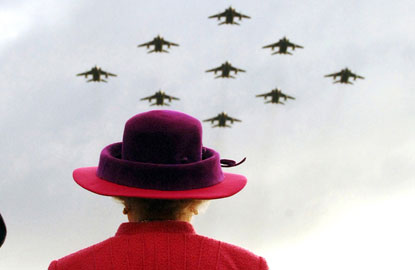 Through October 28, view The Queen: 60 Photographs for 60 Years at the Drawings Gallery of Windsor Castle. Most of these photos were taken by news organizations, and capture the Queen and her family in formal and informal settings throughout her reign. 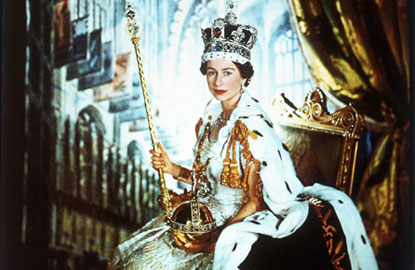 Legendary photographer Cecil Beaton shaped the image of the monarchy for three decades with images both regal (the Queen’s resplendent coronation) and tender (a young Princess Elizabeth gazing on her newborn son, Prince Charles), always capturing what Beaton described as the Queen’s "serene, magnetic, and . . . meltingly sympathetic" allure. View the exhibit, entitled Queen Elizabeth II by Cecil Beaton: A Diamond Jubilee Celebration, through April 22 at London‘s Victoria and Albert Museum. 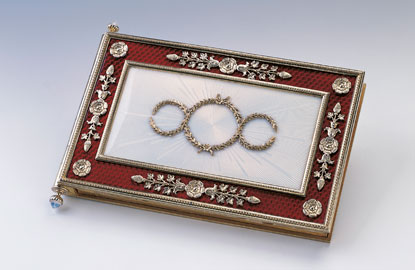 Ogle 100 Royal Collection Masterpieces at the Palace of Holyroodhouse

One hundred masterpieces from the Royal Collection, gathered from nine royal residences, will be shown together for the first time at the Queen’s Gallery in the Palace of Holyroodhouse in Edinburgh. Among the paintings is Rembrandt’s "Agatha Bas" and a miniature of Queen Victoria’s second son, Prince Alfred, along with rare Fabergé eggs and the gem-encrusted crown of the last Indian Mughal emperor. Treasures from the Queen’s Palaces is on display through November 4. 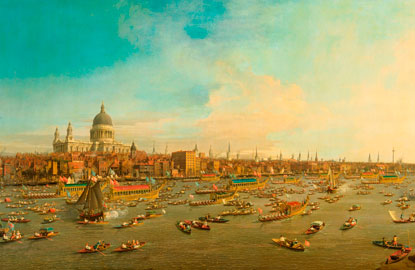 At the National Maritime Museum in Greenwich, a stunning array of paintings, manuscripts, and other priceless objects, drawn from collections throughout the UK and Europe, will showcase the relationship between the monarchy and the Thames River that winds through London. Royal River: Power, Pageantry and the Thames will be featured from April 27 through September 9. 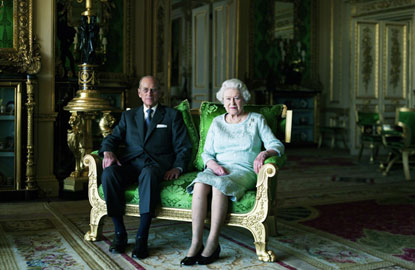 View 60 Portraits of a Queen at the National Portrait Gallery

Visit the National Portrait Gallery in London between May 17 and October 21 to view 60 official and unofficial portraits of the Queen, capturing her across her reign; some are being shown publicly for the first time. Included in this exhibit, entitled The Queen: Art and Image, are Pietro Annigoni’s iconic 1969 portrayal of her looking "thoughtful and severe, profoundly human," and Lucian Freud’s small and startling "painting of experience," as well as creations by Gilbert and George, Andy Warhol, and Gerhard Richter. (This exhibit also made Fodor’s list of 5 International Art Exhibits Worth Traveling For.) 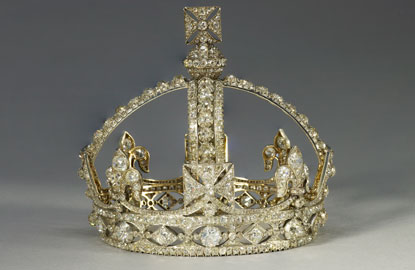 The annual opening of the State Rooms in Buckingham Palace will offer a breathtakingly close-up view of diamond jewelry worn by British monarchs over the past two centuries. As part of Diamonds: A Jubilee Celebration, treasures from the Queen’s private collection will be displayed for the first time, including the 21-diamond necklace presented to Princess Elizabeth by the South African government for her 21st birthday; the famous "Girls of Great Britain and Ireland" tiara given to her by her grandmother, Queen Mary; an exquisite diamond floral brooch containing a 23.6-carat pink diamond; Queen Victoria’s miniature crown covered with 1,187 diamonds; and Elizabeth’s coronation necklace, featuring 25 diamonds with a central pendant of 22.48 carats. The exhibit runs from June 30 through July 8, and again from July 31 through October 7.

Thinking of a trip to England?

For up-to-the-minute hotel and restaurant recommendations, plus the best planning advice, check out our online England Travel Guide.

Sally Bedell Smith is author of Elizabeth the Queen: The Life of a Modern Monarch, as well as bestselling biographies of William S. Paley; Pamela Harriman; Diana, Princess of Wales; John and Jacqueline Kennedy; and Bill and Hillary Clinton. A contributing editor at Vanity Fair since 1996, she previously worked at Time and The New York Times, where she was a cultural news reporter. She is the mother of three children and lives in Washington, D.C., with her husband, Stephen G. Smith.