News Apeksha Bhateja Have $340,000 and Want to Vacation in a Survivalist's Paradise?
NewsBest of Turkey: One Country, Many Experiences

Best of Turkey: One Country, Many Experiences

Turkey is a country of contrasts: this is where Eastern traditions meet Western ones, where ancient sights and sounds collide with the modern world, and religious and secular life come together. There is no other place on earth that is such a living juxtaposition, and there’s no time like the present to experience it for yourself. This whirlwind one-week itinerary focuses on some of the highlights of a fall trip to Turkey. 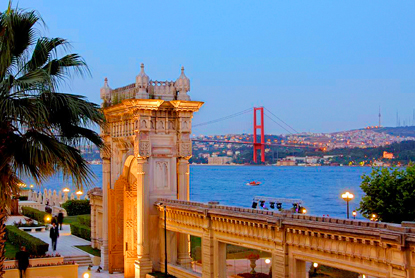 Inspired to start planning today for this temperate season? Learn more with our Turkey Travel Guide and Istanbul Travel Guide.

Start out in Istanbul, the quintessential city of contrasts, in this country of conundrums. This is, after all, the only city in the world that straddles two continents—a short ferry ride will carry you from Europe to Asia, though most of what you’ll want to see is on the European side of the city. Divide your time between the old city, Sultanahament, and the new city, around Beyoglu—although you’ll quickly realize that "new" is a relative term in Istanbul. Basics: Allow for at least 3 or 4 days in Istanbul, or more. There is no shortage of things to do here.

Sultanahmet is where you’ll dazzle your senses with history. Visit monuments of Byzantine architecture like Aya Sofya, completed in 537 AD and once the grandest church of Christianity; then compare the massive dome of Aya Sofya with the many domes and minarets of the stunning Ottoman-era Blue Mosque just across the way. although it’s 20,000 dazzling blue-green Iznik tiles of the interior that you’ll remember most. Spend a morning wandering the grounds of sprawling Topkapi Palace, once the power hub of the Ottoman empire and now home to some of some of the most ostentatious gem-encrusted treasures you’ll see anywhere. Take some time, too, to see the splendid displays of ancient artifacts at the Archaeology Museum—Turkey is known as the cradle of civilization and this complex of buildings in the forecourt of Topkapi has a world-class collection. Make sure to make time for a visit to the sublime Basilica Cistern, a soothingly atmospheric haven right beneath the chaotic center of Sultanahmet.

One of the many wonders of Istanbul is the fact that the new city, Beyoglu, still on the European side of the city, is just a short walk or tram ride over the Galata Bridge—and "new" for Istanbul means that the ornate architecture of the increasingly gentrified neighborhoods dates from the nineteenth and early twentieth centuries. Even more modern are the soaring exhibition spaces of the Istanbul Museum of Modern Art, where avant-garde video, sculpture, and photography exhibits showcase the best of Turkish and international contemporary art. The trendy café attracts hip locals with its modern Turkish food, international wine list, and stunning views across the water to Sultanahment. Tip: You can eat at the restaurant without visiting the museum, but make a reservation in advance. 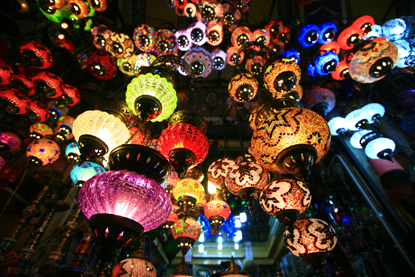 Whether you’re a shopper at heart or just want to experience one of Istanbul’s most iconic sights, no visit to the city is complete without some browsing—and old-school bargaining—at the Grand Bazaar (pictured above), essentially the world’s first shopping mall. Dating back to the 15th century, the winding corridors of this covered market are home to roughly 4,000 shops, so you’re sure to find trinkets for all your friends back home. The Egyptian Bazaar, also known as the Spice Market, is not far away, and a great place to stock up on tea, spices, dried fruit, and Turkish Delight. Tip: You’ll get a better price if you buy more, so stock up at the same shop, and bargain you way to a great price.

For contemporary shops, there’s no place quite like Beyoglu’s Istiklal Caddesi, a pedestrian mall of modern shops and cafes, where it seems the whole city congregates in the evening to stroll and shop and eat. You’ll find everything from clothing boutiques, several outposts of the Turkish jeans store Mavi, movie theaters, coffee shops, chestnut carts, and kebab stands.

You don’t have to choose between proximity of sights (and crowds) in the Old City, or the relative peace of Beyoglu and beyond. For a taste of each stay a few nights at the ultrahip W Istanbul in the new city and a few nights in Sultanahmet at the Ottoman-style boutique hotel Sari Konak Oteli or the quirky but comfortable Armada Hotel. Istanbul has no shortage of accommodations, budget and luxury, including the fabulous Four Seasons Hotel Sultanahmet, with its luxurious modern amenities on the site of a neoclassical prison. 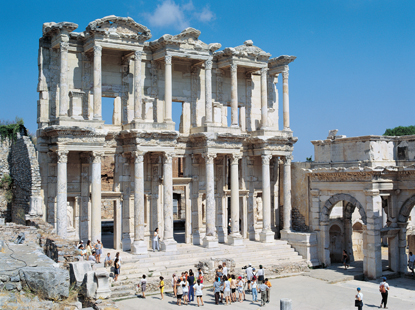 After you’ve dazzled your senses in Istanbul, make use of Turkey’s modern airports and competing internal carriers , including Turkish Airlines, to see more of this unique country.

The ruins of Ephesus, once the most important Greco-Roman city of the Eastern Mediterranean, is one of the best preserved ancient sites in the world. Wander amid the spectacular ruined temples, theaters, and colonnaded streets, highlighted by what is left of the Library of Celcus (pictured above)—it’s well worth the additional entry cost to the Terrace Houses, where you can get a glimpse of the elaborate housing complexes of the Ephesian bourgeoisie. Stop at the Ephesus Museum, either before or after you visit the archaeological site, to see some of the incredible artifacts that were discovered at the site. Basics: You can base yourself in Izmir, Turkey’s third largest city and about an hour’s drive from Ephesus, or in the lovely little hill town of Sirince, just about a 15-minute drive from Ephesus. The otherworldly landscapes of Capadoccia have been wowing visitors for centuries, and it’s absolutely a can’t-miss stop. It’s essentially a giant outdoor sculpture garden with valleys full of "fairy chimneys"—rock formations in improbable shapes that have been carved by wind and rain over the centuries. You can hike among the ancient rock churches at Goreme Open-air Museum and explore miles of ancient underground cities at Derinkuyu and Kaymakli. If at all possible, wake up before dawn and get a bird’s eye view of the incredible scenery from a hot-air balloon with one of the many ballooning companies in the area such as Cihangiroglu Balloons.
Base yourself in one of Capadoccia’s fabulous cave hotels, where you can experience modern luxuries in prehistoric surroundings. The exceptional Argos in Capadoccia (pictured above) distinguishes itself with exceptional service, environmentally friendly practices, and some of the coziest cave rooms around—for the ultimate, splurge on a "Splendid" level suite where you’ll even get your own private cave swimming pool. Basics: Fly to Nevsehir or Kayseri in central Turkey and allow for two to three days of exploring.