Coronavirus Leila Najafi Want to Stay in Costa Rica for Over a Year? A New Law Might Help You
Home  >  News   >   Best NY Restaurants (Beyond the Boroughs)

Best NY Restaurants (Beyond the Boroughs)

New York City is often called the dining capital of the world. But if visitors were to step outside the Big Apple (and its boroughs), they’d find culinary treasures just a train- or bus-ride away. From the Adirondacks to the Hudson Valley, chefs are serving up unforgettable gastronomic experiences in otherwise rustic and elegant establishments. We rounded-up the best restaurants in the state of New York that are worth the commute. 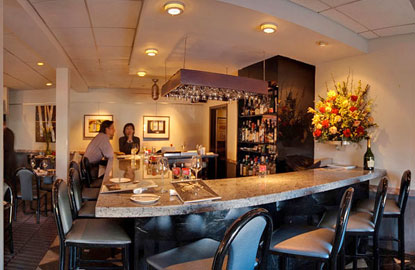 Most will recognize chef Peter Xaviar Kelly: he appears regularly on the Food Network, CBS, and NBC with profiles in New York and Gourmet magazines (amongst other top publications), played host to Anthony Bourdain in "No Reservations" and beat Bobby Flay in on "Iron Chef America" (2007). Owner of four restaurants in the Hudson Valley, Xaviar’s at Piermont is the most sought-after. It’s the only restaurant north of Manhattan to receive a four-star rating from the New York Times. The intimate, forty-seat dining room is adorned with fresh flowers and candlelit tables, featuring contemporary American cuisine with a 750+ bottle wine list. The popular five-course dining experience is served with five accompanying wines. 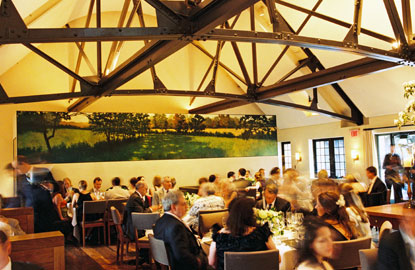 Touted as one of the best restaurants in New York, Blue Hill raises the bar for destination dining. Executive chef and co-owner Dan Barber received the James Beard awards for Best Chef: New York City (2006) and for Outstanding Chef (2009), and was also named one of the world’s most influential people in Time magazine’s annual "Time 100" (2009). He was recently appointed by President Barack Obama to serve on the President’s Council on Physical Fitness, Sports and Nutrition. His Blue Hill outpost in the Hudson Valley (the original Blue Hill is in the West Village) serves as his home base for approaching cuisine in an ecological way. The farmer’s feast menu is a prototype for "farm to table," sourcing from surrounding fields and pastures and other local farms. There are no menus but a list of more than 100 ingredients (updated daily) that create multi-course menus from the day’s harvest. The summer harvest includes magic mountain tomatoes, rhubarb, homebred peas, sunflowers, and carmen pepper.

Don’t Miss: Anything with rhubarb 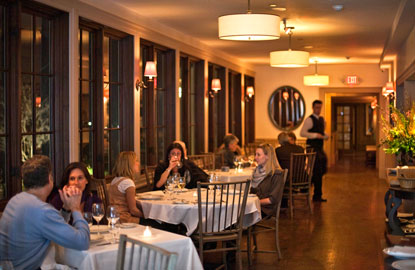 One Hour from Manhattan

Richard Gere-owned Bedford Post Inn in Bedford Hills is an eight-room boutique hotel in a former 1762 building (one of three that survived the Revolutionary War). It’s a Relais & Chateaux property, proving gastronomy is one of its highlights. Chef Jeremy McMillian (who worked as chef de cuisine at A Voce in NYC for years) takes a strong, locally sourced approach to a seasonal (and hand-painted) menu comprising hearty Mediterranean-inflected American fare. Expect innovative plates of fresh pasta and vegetables (like charcoal roasted carrots with cumin vinaigrette), house-made flatbreads, and meat and seafood blazed up on the outdoor, wood-fire grill. The romantic, outdoor patio and newly refurbished bar sets the stage for summer dining. The resort plans to open its own garden next year, and Martha Stewart is already a regular diner. 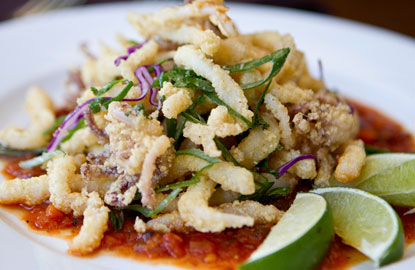 Henry’s at the Farm at Buttermilk Falls Inn

Newly appointed executive chef Chad Greer (formerly at San Francisco’s Acqua and Jean Georges in NYC) has a 40-acre organic farm playground other chefs would envy. The farm provides the destination restaurant Henry’s at the Farm with fruit, herbs, honey, and eggs while other necessities come from local farms, purveyors, and artisan producers. Repeat visitors have been impressed with his new creations, including Hepworth Farms spinach salad made with Millstone Farm hardboiled egg, crispy bacon, feta, and sherry-shallot vinaigrette, but the Chipotle Hereford beef short ribs with house-made cornbread and local greens has diners weak at the knees. 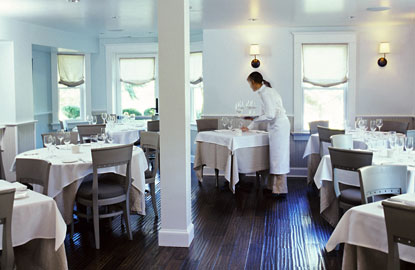 The North Fork Table & Inn showcases progressive American cuisine that features locally grown biodynamic and organic produce, fresh seafood from Peconic Bay and Long Island Sound, and North Fork artisanal cheeses. Chef Gerry Hayden was a finalist for the James Beard Awards’ "Best Chef, Northeast" and his menu is nothing but flavorful and inventive (like the chilled spring pea soup with jumbo lump crab, watermelon radish, guacamole, and cilantro). The restaurant launched The Lunch Truck in September 2010, which has remained popular (the menu is different from the restaurant). Ironically, the truck doesn’t move. It stays parked in the back lot, and diners get comfy with the Adirondack chairs and blankets provided. 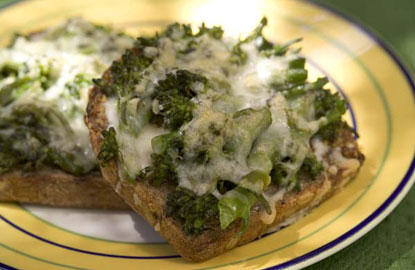 Foodies who also like to cook turn to executive chef David Hirsch for inspiration. The man behind the popular Moosewood Restaurant (which was named by Bon Appetit as one of the 13 most influential restaurants of the 20th century) is also a gardener who offers classes, lectures, and workshops on cooking and gardening. His book, Moosewood Restaurant Kitchen Garden, offers insight and instructions on growing, harvesting, and cooking home-grown produce as well as designing gardens. The Finger Lakes-based restaurant, opened in 1973, specializes in multi-ethnic cuisine with a vegetarian emphasis. The menu changes every day according to what’s fresh, local, and in season.

Don’t Miss: Vegetable tofu burger, when they have it. (Trust us.) This rustic resort that pays tribute to the Great Camp era has lured presidents, celebrities, and socialites alike. The award-winning Artisans restaurant helmed by Nathan Rich takes gourmands through a locally sourced tasting of New American cuisine with many ingredients plucked right from his new on-property garden. The former chef de cuisine at Mandarin Oriental, Boston, Nathan’s hearty and fine dishes interestingly make farm-to-table elegant and innovative in Lake Placid. The Teaching Kitchen, where guests learn to cook with the chef, has proved popular since its inception a year ago. With a stone fireplace inside the restaurant and additional outdoor, covered-balcony seating overlooking Lake Placid, Artisans at Lake Placid Lodge arguably has the best view of all the restaurants.

Check out our top picks for great weekend escapes from the city.