Coronavirus Leila Najafi Want to Stay in Costa Rica for Over a Year? A New Law Might Help You
Home  >  News   >   American Airlines’ Caribbean Mileage Loophole 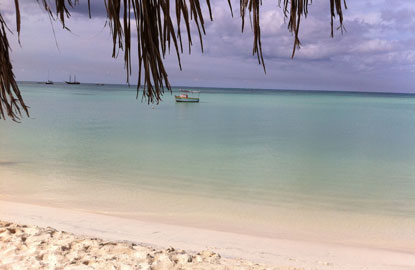 Pack your bags, paint your nails, and get yourself to the nearest airport, because the Southern Caribbean looks extra inviting this time of year. Before you start thinking we’re steering you out to sea, we know traveling to the Caribbean during the most tumultuous part of hurricane season is a bit of a travel faux-pas, but we’re letting you in on an American Airlines mileage loophole, and a secluded island trio that sits just outside the hurricane belt. So, let’s trip it down south, shall we?

One of American Airlines’ fall leaders is their MileSAAver off-peak category, which discounts flying from the US (or Canada) to the Caribbean down to 25,000 miles, a 30% savings when compared to competitors’ regular mileage rates, and a 55% savings compared to peak rates for the same route. To put this in perspective, between September 7th and November 14th, you could take a long-haul international flight from Seattle to Aruba, or a short-haul domestic flight between Houston and Atlanta for the same number of airline miles. Tough choice.

Tittering on the tip of South America, Aruba, Curacao, and Bonaire (known as the ABC islands) hold the Caribbean’s family jewel: they’re outside the hurricane belt.

Insider Tip: Need more reassurance that you’d be dodging any and all storms? The Dow Jones Island Index concurs that the likelihood of a major storm hitting the Southern Caribbean is incredibly low, ranking the ABCs as some of the least likely hurricane targets.

Combining a low-mileage airfare, a tropical trio outside the hurricane belt, and a shoulder season stacked between back-to-school and winter break, visiting the former Netherlands Antilles in fall is one of the Caribbean’s best-kept, luxe-for-less secrets (that many of our contributors have tried and tested). If all this talk of savings and sandy shores is making you want to join the migration southward, here’s where to catch some ZZZs in the ABCs:

Aruba is the biggest, most developed, and most popular in the island trio. The majority of Aruba’s hotels line two of the island’s sugary, sprawling beaches. Mega hotels and a buffet of restaurants to serve them, front Palm Beach, while the boutique bunch fronts Eagle Beach. On Palm Beach we like the Westin Aruba Resort, a mint-condition, 70’s gem, vintage on the outside, refreshed on the inside. 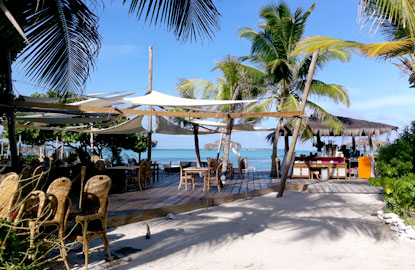 The ‘Sporty Spice’ of the group known primarily for diving and windsurfing, Bonaire has more of a thrill-seeking day scene than beat-pumping nightlife. A hotel that epitomizes this lifestyle is the Sorobon Beach Resort. Clustered around a waist-deep bay sought out by some of the world’s best windsurfers, 30 white-washed oceanfront chalets adorned with outdoor hammocks and showers that trickle out of a conch shell offer an undone, leave-your-resort-wear-at-home vacation.

Take a few days to marvel at Willemstad, Curacao’s historic and candy-colored capital, before heading to the island’s West shore for a healthy dose of the slow-going, nature-infused island life. In town, stay along the cobblestone streets of a restored 18th-century village (also a UNESCO world heritage site) at Kura Hulanda Hotel & Spa, and in the country, find a secluded escape at sister property, Kura Hulanda Lodge & Beach Club.

Insider Tip: You might recognize both Kura Hulanda properties from the most recent Bachelorette season, where the final episodes and proposal (she said yes!) took place.

Want more Caribbean? We rounded up the 8 best secluded Caribbean beaches you haven’t been to. And check out our expert picks of the Caribbean’s best all-inclusive resorts.