Colorado takes beer seriously, and it shows. The state is continually ranked in the top five for US beer production, number of breweries, and number of microbreweries. In addition to being the capital city of Colorado, Denver could also be called the beer capital. The designated Denver Beer Triangle (or Beer-muda Triangle, if you will) is the apex of brewing. The triangle between Denver, Boulder, and Fort Collins houses over six dozen breweries, including world-famous Coors. If that isn’t enough to convince you, the Guinness Book of World Records declared Denver’s annual Great American Beer Festival as the largest beer festival in the world. But don’t worry—the accolades haven’t torn Denver’s beer scene from its fun-loving, proud Coloradan roots. In fact, many of the city’s most popular breweries are conveniently located in Denver’s Ballpark Area, right next to Coors field. 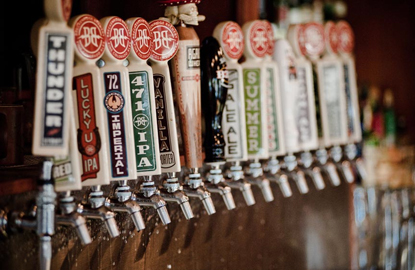 It’s a familiar sight in ski areas like Breckenridge – a ski bum with an entrepreneurial spirit. Richard Squire was one such ski bum, and luckily his talent was brewing. He founded the Breckenridge Brewery in the 1980s, and its Denver outpost opened in 1992. The Breckenridge Brewery Ballpark Pub is right across from Coors Field, making it a perfect pit stop for baseball fans.

Don’t Miss: The Vanilla Porter. Vanilla beans from Papua New Guinea and Madagascar give this traditional dark ale an exotic edge by adding a spicy twist to its standard chocolate and roasted nut flavors. 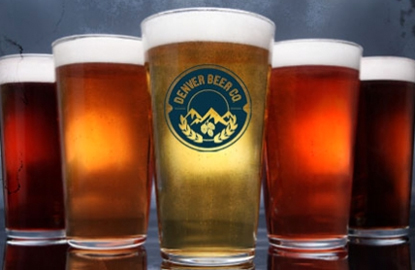 The guys behind Denver Beer Co. have come a long way from their initial garage batches of homebrew. Their love for beer and good company is still the same, though. These days, the brewery focuses on matching beer selections to the changing seasons and focusing on fresh ingredients. Denver Beer Co. brews in small batches, which allows for maximum creativity with new recipes. But even though the beers on tap change weekly, the brewery makes sure to always have a few crowd favorites around.

Don’t Miss: Graham Cracker Porter. Described as "a campfire in a glass," this dark beer has elements of mulling spices, chocolate, fig, cherry, vanilla, and smoked cedar. This locally famous brew is so popular that it’s hard to keep on tap, and the brewery announces it online when it’s available. 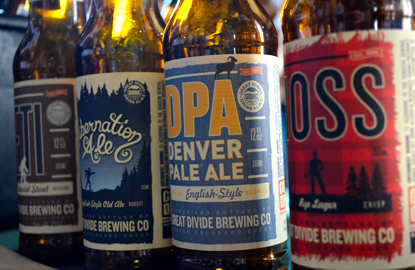 If you like your beer with a little bit of prestige, you’ll be happy to know that Great Divide has won 17 medals at the Great American Beer Festival and 5 World Beer Cup awards. As if that wasn’t enough, in 2010 Beer Advocate ranked Great Divide seventh in its All-Time Top Breweries on Planet Earth. Creator Brian Dunn spent five years building farms and sampling local drinks in developing countries, so it’s no surprise that Great Divide is globally inspired. Even so, the brewery prides itself on being "distinctly Denver."

When two IT guys (John Fletcher and Tim Myers) lost their jobs at the Rocky Mountain News, they decided to drown their sorrows in a slightly different way: by starting a home brewery. After a number of beer mishaps in their kitchens, John and Tim decided to move the operation. The one-barrel Strange Brewing Company opened in 2010. This small brewery is an up-and-comer in the Denver microbrewery scene, but it’s growing quickly due to its fine-tuned, popular recipes.

Don’t Miss: Strange Pale Ale. This American-style brew is made from five malts and four different hops, which combine to give it a big, bold flavor. 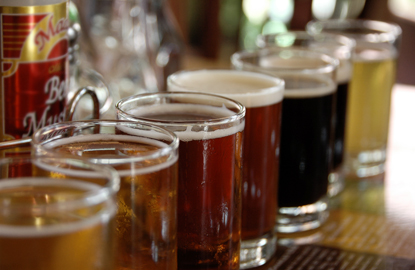 In 1988, former Denver Mayor John Hickenlooper and several other young entrepreneurs decided to open a brewery in the hopes of rejuvenating the LoDo (Lower Downtown) area of Denver. It worked, and now the Wynkoop is a Denver institution. Its distinction as Colorado’s first brewpub and its historic location (the 1899 JS Brown Mercantile Building) provide a great atmosphere, but the Wynkoop is really known for its great small-batch beer selection.