St. Patrick’s Day is this weekend (March 17), which means you’ll soon be on the hunt for an Irish bar at which to celebrate. Luckily for all of us, Irish history is strong in the US and there are some fantastic watering holes for the clover-minded. Pubs like McSorley’s in New York City is chock-full of history, while newer bars like the Harp are on top of everyone’s top ten lists, thanks to some very special Guinness ice cream. We rounded up the best Irish bars in America in time to make sure you’re celebrating with a pint in hand. Don’t forget to wear green! 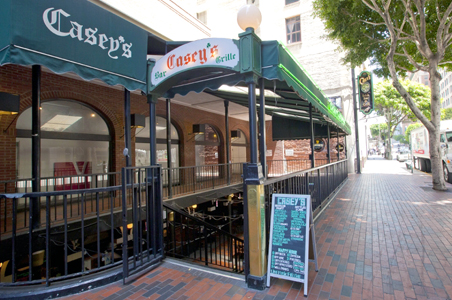 While downtown Los Angeles is going through a major renaissance with new bars and attractions, Casey’s Irish Pub has long served as a go-to spot for revelers, specifically those who like a cold Guinness. Open for more than 40 years, Casey’s is an institution housed in a historic building and not much has changed since it opened in 1969: the bar still features the original brick staircases, a mahogany bar, dark wooden booths, and a tin ceiling. You may even recognize it from TV shows and films like Mad Men and Charlie Wilson’s War. There are nooks and crannies, an outdoor patio, a dart room, live music stage, and alcoves to set the mood. Expect all things Irish, like beef & Guinness pie and Smithwick’s Irish Red Ale on tap.

Insider’s Tip: "Irish" Happy Hour is every Tuesday and Wednesday from 11 pm to midnight. 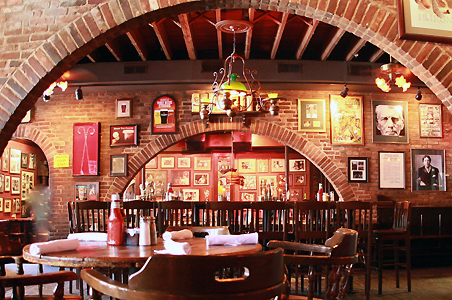 If you thought it was all about American beer in St. Louis, think again! McGurk’s really puts the Gaelic spirit in this beer city. Sure, locally sourced American beer flows here, but the most authentic Irish pub in town likes to keep its clover fresh with Irish beers on tap, Irish entertainers imported from the home country, and Irish artifacts throughout the pub. There’s a 10,000 square-foot garden (with two additional bars!) if you like your pint outdoors.

Insider’s Tip: Get outfitted in McGurk’s apparel, soon to be on sale at the pub. 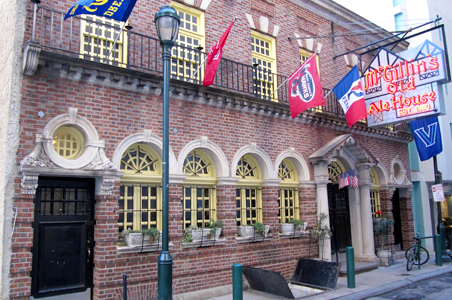 History abounds inside the walls of McGillin’s Olde Ale House. It’s the oldest operating tavern in Philly and opened in 1860—the year Abraham Lincoln was elected president. The iconic pub is a thrilling time warp with some terrific food (for a pub, that is). While it gets rough and quite fratty at night, daytime is best to wander the quarters with a pint (it’s open for lunch) and check out the old photos, architecture, and old-school design. For its 150th anniversary, McGillin’s launched its own beer—the McGillin’s 1860 IPA—in 2010.

Insider’s Tip: There’s more than 30 beers on tap, but opt for the Tower Sampler, which offers six drafts for under $10. 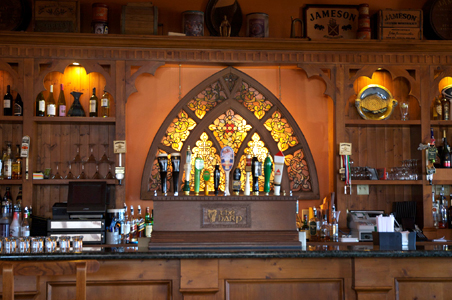 Do a Google search for The Harp in Cleveland, and you’ll discover it sitting pretty on many a “best of” list. Why? Easy: the Guinness ice cream sundae. But it’s not all about the sweets here. The bar, adorned in blonde wood and stained glass, has a generous-size patio where patrons can catch impressive views of Lake Erie shore and the Cleveland skyline. 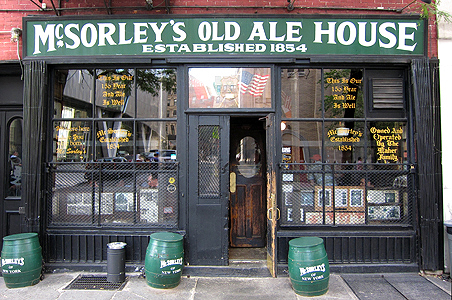 Despite a rowdy crowd, occasional bar fights, and headline-worthy fabrications, this bar in New York City’s East Village is one of the best Irish bars in the US, most notable for its history. Claiming to have opened in 1854 (historical research shows it was vacant from 1860 to 1861), McSorley’s has all the rich history you would expect a 100+ year-old pub to have. EE Cummings has written about the bar in his poetry, the NY Rangers drank from their winning Stanley Cup here in 1994, and, believe it or not, women weren’t allowed inside until 1970. McSorley’s Old Ale House serves its own brew: McSorley’s Light and McSorley’s Dark.

Insider’s Tip: There’s a pair of actual Houdini handcuffs hanging above the bar.

Jimmy Im is a freelance travel writer based in LA. He’s hosted programs on the Travel Channel and LOGO, and makes regular appearances on morning news shows as a "travel expert." He teaches travel writing courses and is also cofounder of OutEscapes.com. Follow him on Twitter: @dieselmad.