Coronavirus Leila Najafi Want to Stay in Costa Rica for Over a Year? A New Law Might Help You
Home  >  News   >   Best Cocktails from LA’s Top Hotel Bars

The hotel bar scene in Los Angeles is truly a fixture on the city’s nightlife scene, whether it’s for pre-dinner drinks or nightcaps. But some spots go above and beyond with their cocktail menus, inviting Angelenos and visitors to sit back and stay awhile. From hand-carved ice blocks and fresh, seasional ingredients to liquid nitrogen and exotic elixirs, these signature—delicious, one-of-a-kind, thirst-quenching—concoctions deserve a second look. We rounded up our favorite cocktails at LA’s top hotel bars offering more than your average gin and tonic. 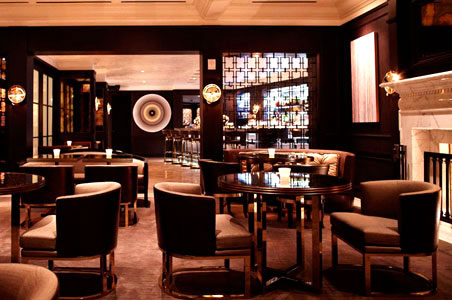 The Hotel Bel Air is not so much a hotel as it is an exclusive oasis in a highbrow, celebrity-home-packed neighborhood. The fresh-from-renovations property is full of lush gardens, a lake with three resident swans, La Prairie Spa, tucked-away pool, decadent guestrooms, and a food and beverage program run by Wolfgang Puck. Guests can expect some serious cocktails in the Bar and Lounge. Puck’s sommelier, Rob Harpest, created a collection of over-the-top cocktails using fresh ingredients and high-end liquors, from small batch bourbons to Japanese whiskies.

The signature drink, Monroe’s Passion ($18), is Hotel Bel Air’s tribute to Marilyn Monroe, who had her last photo shoot at the hotel. Served in a Julisca crystal chalice, the cocktail is made of passion fruit rum, Bacardi 151 rum, orange juice, cranberry juice, ginger juice, and chili syrup, the latter giving a notable kick to the drink like Marilyn did to, well, the world. 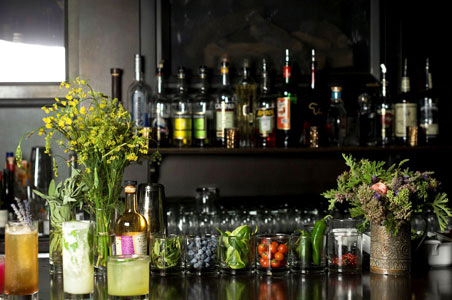 Last Tango in Modena at The Roosevelt Hotel

Ever since The Thompson Hotel Group took over the iconic Roosevelt Hotel, the 1927 historic landmark became a modern hot spot, most notably with wild pool parties and exclusive celebrity haunt, Teddys Club. While the hotel is a total scene (in italics, you see), we suggest you escape to The Library, which serves up the best cocktails. This swank, dimly lit (and unmarked) bar works a little differently from most bars you’ve been to. There is no menu. You tell the bartender what you like (sweet? savory? beachy? fruity?) and your choice of spirits, and they’ll whip up a cocktail that caters to your desires. If you’re indecisive, they can always defer to some of the most popular cocktails they’ve whipped up before.

Each day, the Library Bar staff stops by the farmer’s market to grab fresh produce and herbs, making the bar-top look like an organic garden. Mixologist Matthew Biancaniello is your lovely host, in addition to four well-trained, easy-on-the-eyes bartenders, from whom you should order the Last Tango in Modena ($17), which includes strawberries, 24-aged vinegar, Hendrick’s gin, and St. Germaine with citrus and egg whites turned into foam.

Good to Know: The bar gets packed, so get there early (even as early as 5:30 pm, when they open). 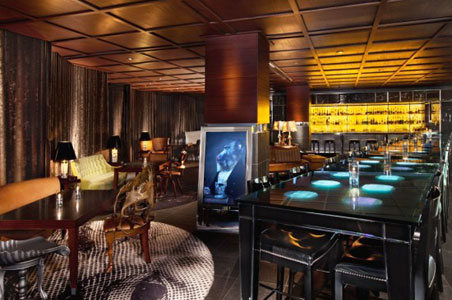 While the new SLS South Beach has been getting the attention these days, SLS Beverly Hills (the original) is top of mind in Los Angeles. We’d expect no less, considering the hotel’s much-buzzed food and beverage programs are run by award-winning, world renowned chef Jose Andres.

The hotel’s primary restaurant, the Bazaar, received top honors when it opened in 2009 and still lures with its edgy design by Philippe Starck and unparalleled, whimsical molecular gastronomy dining experience by Andres. Should you just want a libation, take a seat at adjoining Bar Centro, where cocktails are created with fresh herbs, fruits, and vegetables, as well as cool modern tools like liquid nitrogen and organic emulsifiers to give a unique spin to classic cocktails.

One of the most popular cocktails is the LN2 Caipirinha ($20) with Brazilian cachaca, fresh lime, and sugar frozen with liquid nitrogen. This innovative take on the classic, national drink of Brazil is served tableside, so you get to see the mad scientist (bartender) at work.

Good to Know: The Bazaar dining experience may be soon just around the corner from you: SLS Hotels will open in Las Vegas and New York in the next few years. 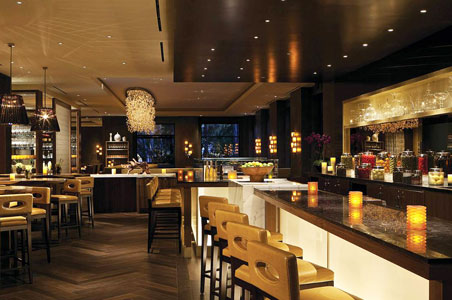 Don’t be surprised to spot A-listers at Four Seasons Los Angeles at Beverly Hills. The luxury hotel is notorious for a celebrity-filled scene in their lobby bar, whether industry folk (from actors to directors) are checking in or conducting very important meetings. Celebrating its 25th anniversary, the hotel is freshly reopened from renovations which included the opening of Culina—the incredibly popular new signature restaurant on the property. While you’ll find a great selection of Italian wines on offer, we suggest opting for an Italian-inspired cocktail, like Picasso’s Pair ($16), instead. It’s a concoction made of Purity Vodka, fresh lime juice, ginger beer, and pear foam.

Thanks to Anthony Greco, the lead bartender who created the cocktail menu, more than one hundred Picasso’s Pair are served a month. The combination of the effervescent ginger beer and sweet pear are like a work of art, as they pair so swimmingly.

Good to Know: Don’t feel limited to Culina. The cocktails can be ordered and brought directly to the pool deck (though it’s not on the menu) should you have a craving.