Coronavirus Leila Najafi Want to Stay in Costa Rica for Over a Year? A New Law Might Help You
Home  >  News   >   Best Day Trips from Cape Town

There’s plenty to keep you busy in lovely Cape Town itself that’s for sure. But if you have a few days to spare, consider one of these easy trips just out of town. 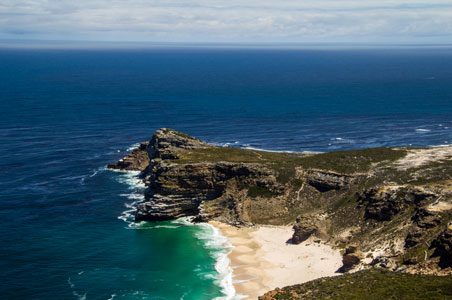 You’ve flown all away to this far-flung tip of the African continent, so you can’t leave without visiting the actual southwesternmost tip. Well, the southwesternmost tip, anyway. Often misconceived as the southernmost tip of Africa (an honor given to nearby Cape Agulhas), the Cape of Good Hope is an easy and lovely drive along the Cape Peninsula. Head south from Cape Town and pass the charming seaside towns of Muizenberg (a surfer’s paradise), Kalk Bay, and Simon’s Town. Continue to Boulders Beach, where a colony of penguins sunbathing on the beach awaits you, before entering the Cape of Good Hope Nature Reserve. Head straight to Cape Point, take the funicular up to a historic lighthouse, then finally approach the Cape of Good Hope, where it’s time for a photo opp. On the way back, stop at the village of Noordhoek if time allows (a great spot for horseback riding on the beach), then drive along Chapman’s Peak Drive, a winding stretch of road hugging the edge of a cliff, which promises some of the best views of the trip—if not your life.

Insider Tip: If you’re looking for a tasty treat, Olympia Bakery in Kalk Bay is a local institution. 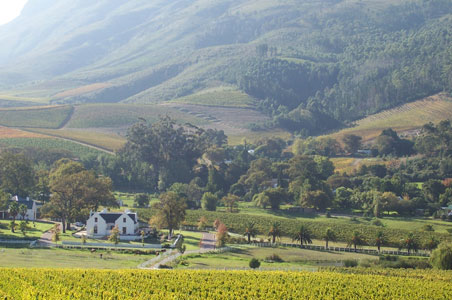 An easy 45-minute drive east from Cape Town leads you into Stellenbosch, the heart of the country’s celebrated wine region. It’s also quite possibly the food capital of South Africa, home to many of the country’s top restaurants. The historic college town is known for its leafy cobbled lanes and wide range of markets, including the popular new Root 44, where you’ll find everything from personalized hand-painted ceramics to organic skincare products. Have a meal at the famed Overture Restaurant at Hidden Valley wine estate, helmed by local whiz chefs Bertus Basson and Craig Cormack—be sure to order the malva pudding dessert, a South African classic.

Insider Tip: If you’d like to stay the night, consider booking a room at the recently revamped Majeka House in Stellie, with 22 rooms with quirky interiors. 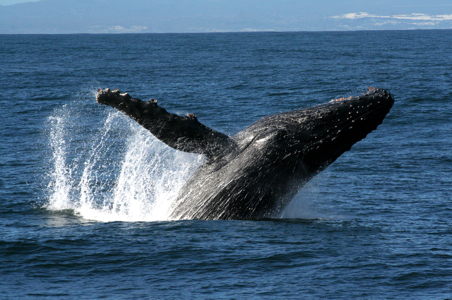 From June through November, the southern right whale comes to calve and mate in False Bay, making for prime whale watching right from the shore. An hour and a half from Cape Town, the quaint fishing village of Hermanus has become the unofficial capital of the whale route. Take the longer, scenic drive via the coastal town of Gordons Bay and the Harold Porter National Botanical Garden in Betty’s Bay to get there, just in time for lunch at the opulent Birkenhead House, which sits high on a cliff and offers a stunning vantage point over the water—meaning you can keep one eye on the whales and one on your meal.

Insider Tip: For a truly unique experience, extend your trip by a few days and drive on toward the spectacular Grootbos Private Nature Reserve for some serious pampering—and for the chance to spot the Marine Big Five (whales, sharks, penguins, dolphins, and seals). 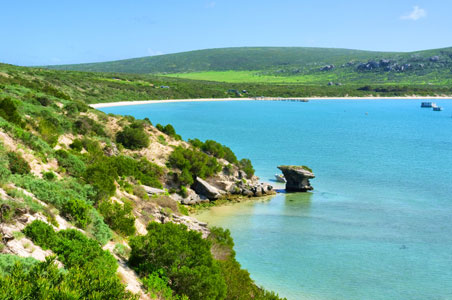 Posh Capetonians looking for a quick beach weekend away drive a few hours up the western coast, where a clutch of sleepy beach towns feels a world away from the bustle of the city. Drive an hour and a half north from the city, cutting through the West Coast National Park, before arriving at Langebaan, where the main draw is the azure waters of the Langebaan Lagoon, popular with bird watchers—more than 70,000 birds migrate there each summer. It’s also a mecca for watersports. Half an hour from Langebaan is the tiny village of Paternoster, an unexpected haven for foodies—try to get a seat at chef Kobus van der Merwe’s five-table Oep vir Eet (open to eat).

Insider Tip: South Africa’s top chef Reuben Riffel is opening the fourth installment of his Reuben’s franchise in at the chic Abalone House boutique hotel in Paternoster in October. 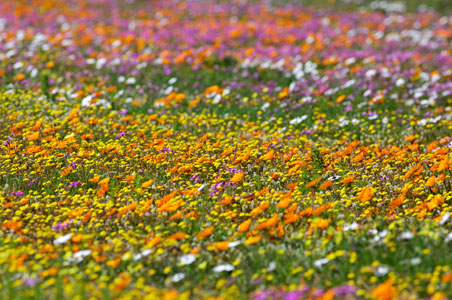 From July to September each year, the dry landscape of the northern cape explodes into a riot of color as wildflower season descends in the spring. Take the N7 north from Cape Town toward Clanwilliam, where at the end of August, the 10-day Wild Flower Show takes place at the Old Dutch Reformed Church. Explore the Ramskop Wildflower Garden, which has more than 350 species set amid stunning views of the Cederberg Mountains. Before heading back to Cape Town, drive through the Biedouw Valley and into the tiny town of Wupperthal, a picturesque burg seemingly from a bygone era, complete with thatched-roof cottages and meandering lanes—it happens to be a major producer of Rooibos tea.

Insider Tip: The sumptuous Bushmans Kloof resort is a fabulous spread for a longer visit, but you can always stop by for high tea complete with homemade marshmallows, biscuits, sandwiches, and macarons.

Photo credits: All photos via Dreamstime.com