Beaches Kaila Yu Do You Enjoy Visiting Hawaii? You Should Pay a Fee
Home  >  News   >   Best Day Trips from Barcelona

Barcelona has enough confectionary sights, intriguing, winding streets and lively plazas to keep visitors busy and wandering for days on end. But there are also plenty of reasons to skip town for the day, even if just for a change of scenery. Just outside of Barcelona exists a number of towns ideal for a quick day-long jaunt. Here are four that are far enough away to feel like you’re exploring Catalonia, but close enough to get back in no time. 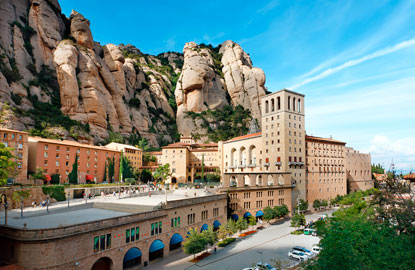 This beatific monastery is perched mountainside, ensconced by the rounded stone of the surrounding peaks. The location is stunning, with visitors arriving for both a visit the house of worship and for a day simply spent padding the surrounding trails to catch more heart-fluttering vistas. Catholics make the trek to this site, and the Santa Maria de Montserrat monastery, to glimpse the Byzantine-style Black Madonna, the patroness of Catalonia, set on a gilded altar. A votive-lit tunnel leads to her location. One of the funiculars from the base takes visitors to the place where the Black Madonna was first discovered. But regardless of your religious views, visiting Montserrat is awe-inspiring.

Even out here you cannot avoid the hand of Gaudí: He designed the railings surrounding the site. The abbey also is home to a boys’ choir, L’Escolonia, which performs daily on a central, open terrace, making for divine ambient music. Take the train early to maximize time to wander, breathe the mountain air, and take in the views.

Getting There: The train from Barcelona’s Plaza Espana station takes about an hour, and the options to reach the monastery are either a short rail or funicular ride. 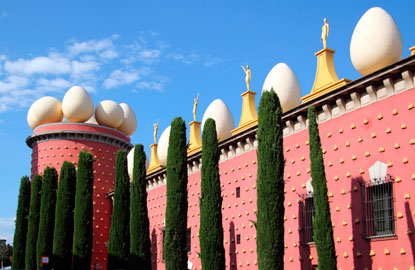 The thought-provoking and spirited surrealist Salvador Dalí was born in Figueres, and later returned during the last period of his life. The Teatre-Museu Gala Salvador Dali, the egg-sculpture-topped museum that he himself designed and is distinctly Dalí, is the town’s most prominent attraction. The majority of the works inside are part of Dalí’s personal collection, and they include site-specific installations, sculptures, devices, and paintings. The works of a handful of other notable artists also are present, such as Marcel Duchamp. Dalí died with his work, buried in a crypt in the theater’s basement. For a breath of fresh air, there’s also an on-site garden to stroll through.

Other sites in this quaint town include the hilltop Sant Ferran Castle, which is surrounded by an impressive fortress. Take a leisurely walk through town, as well, stopping to see Figueres’ impressive Gothic church.

Getting There: A two-hour train ride from Barcelona Sants or Passeig de Gracia gets you right to Figueres. 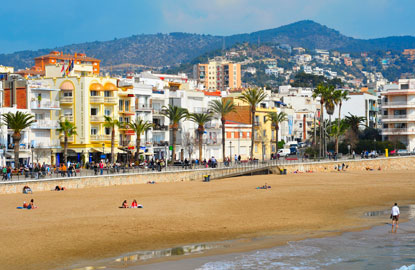 Barcelona has a beach where people splash in the summer months, but this artsy seaside town draws visitors from the city searching for beach and sun, paired with art and culture. Sitges also hosts an eponymous film festival every October that is considered one of the top in Europe, as well as a riotous Carnival party in its streets and along its shores.

In town, you’ll want to spend equal amounts of time lounging on sandy shores and scoping out the art scene. Museu Cau Ferrat is filled with works from Catalan artists, like Picasso. The building is the former home of Modernist painter Santiago Russiñol, a key figure in transforming the town into a focal point of culture and art. Make a pit stop at the Museo Romantic, located in an 18th century home, to get an inside look at the life of an affluent Catalan family during the Romantic movement—the museum’s also known for its collection of beautiful dolls.

Though Sitges is less than an hour outside of Barcelona, many people choose to stay overnight to take full take advantage of the flamboyant coastal nightlife.

Getting There: Catch the train at Passeig de Gracia, and arrive in less than an hour. 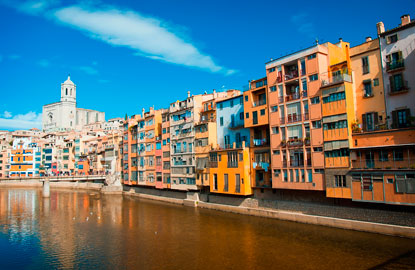 Set in the meeting place of four rivers, just more than 60 miles from Barcelona, this quaint town was once called the "Spanish Venice" despite having no canals.

The older parts of town contain a number of impressive religious edifices, including Gothic-style churches, as well as Jewish cultural heritage sites. The military structures that surround and once protected the town date back to Roman times. Visitors who walk along the walls and ascend the connected towers will discover some of the best views for miles. It’s easy to see why this town attracts so many students for university, with chic cafes and ample activities.

On Saturdays, a few fairs pop up in town, and the cultural programming during summer months means outdoor films and concerts. For a morning hike or bike ride in the nearby hills, stay overnight in town and take the train back to Barcelona the next day.

Getting There: The train from the Barcelona Sants station takes about an hour.

Thinking of a trip to Barcelona?

For up-to-the-minute hotel and restaurant recommendations, as well as the best planning advice, check out our Barcelona Travel Guide.