Coronavirus Leila Najafi Want to Stay in Costa Rica for Over a Year? A New Law Might Help You
Home  >  News   >   Cheat Sheet to Vegas’s New Residencies

During a three-week stand in 1960, Frank Sinatra, Dean Martin, Sammy David Jr., Joey Bishop, and Peter Lawford filmed Ocean’s 11, at the same performing at the legendary Copa Room at The Dunes. That "Summit at the Sands" turned the performers into the Rat Pack. Then from 1969 to 1976, Elvis Presley had his own seven-year stint dubbed the "Vegas Years at the International" and then the Las Vegas Hilton.

Now the residency in Vegas brings acts from rock ‘n roll, country, standards, and more. Here’s a look at some of the exceptional resident singers who are calling Las Vegas at least a part-time home. 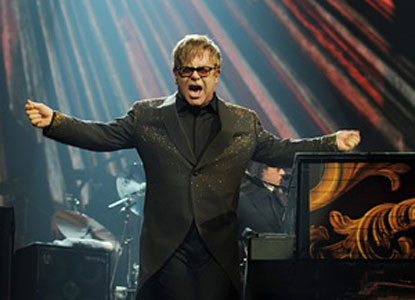 Sir Elton is on his second residency at The Colosseum at Caesars Palace with The Million Dollar Piano, named for his $1.4 million baby grand decked out in 68 LED video screens and named Blossom. A sparkling bronze tux, gold shoes, and a glittery cape give fans a glimpse into the over-the-top theatrics they can find at the show. Backed by a band on a decadent stage, John belts out all his top hits. 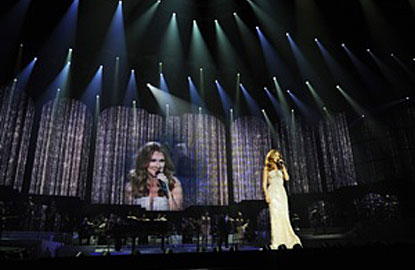 Celine’s back for her second five-year residency called simply Celine. The ballad queen kicked off the residency trend at Caesars, which renovated the 4,000-seat Colosseum to the tune of $95 million when she first arrived. Expect all the glitz, glam, techie tricks, and tears from the French Canadian that leaves guests remembering Old Vegas-style shows from Frank Sinatra. 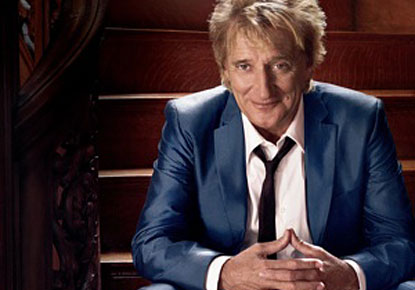 You might say that some guys have all the luck. And since Rod Stewart sang that song in the late ’60s, he definitely has. Titled simply Rod Stewart: The Hits, the man who wants to know if you think he’s sexy is in the midst of his two-year residency at The Colosseum at Caesars Palace. And sing the hits he does, ranging from "Maggie May" to "Do Ya Think I’m Sexy?"

Tickets start at $49 and are available at www.thecolosseum.com. 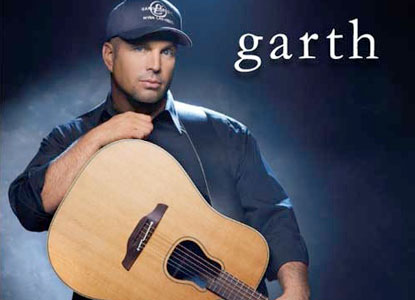 The country superstar retired from touring on Oct. 26, 2000, to spend more time with his new wife Trisha Yearwood and three daughters. He vowed he wouldn’t return to the road until his youngest, Allie, turned 18. Then came the offer of a lifetime, a three-year residency at Wynn Las Vegas complete with a private jet to usher him from Oklahoma to Vegas. Garth Brooks plays a stripped down show, often wearing a baseball cap and playing a guitar. No two shows are the same, with Brooks emphasizing the songs that made an impact on his career as well as his hits and requests from the audience. Look for three to six shows a month on weekends from the country megastar.

Tickets start at $247.50 and are available at WynnLasVegas.com/Shows/GarthBrooks/DateAndTimes.

The intimate setting of the House of Blues at Mandalay Bay is home to the legendary Carlos Santana, who brings his hits and his band to An Intimate Evening with Santana: Greatest Hits Live–Yesterday, Today & Tomorrow. Expect to hear "Black Magic Woman," "Maria, Maria," and "Oye Como Va." Best of all, fans can get up-close-and-personal with Santana’s magic on the guitar.

Tickets start at $105 and are available at HouseofBlues.com/tickets/tours/2012santana. 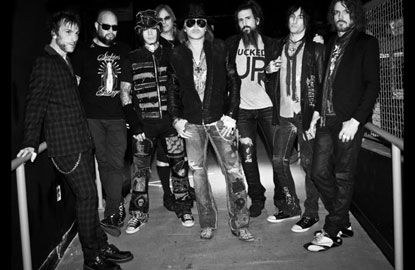 The latest Vegas residency to be announced, Guns N’ Roses, just landed their first residency dubbed Appetite for Democracy at The Joint at the Hard Rock Hotel starting Oct. 31. While only playing 12 shows through Nov. 24, the rockers plan to play a set list of their biggest hits from their debut album Appetite for Destruction through their platinum-selling record Chinese Democracy.

Tickets start at $45 and are available at TheJointLasVegas.com.

Starting Dec. 1, Canadian country star Shania Twain kicks off a two-year residency at The Colosseum at Caesars Palace called Shania Twain: Still The One. Twain says she started with a set list to come up with the elements of the show. "I wanted to keep the hits at the heart of it all while weaving elements of surprise throughout the experience," she says. She plays 10 dates in December.

The star of The Voice planned to kick off his residency at Planet Hollywood Resort on Aug. 29, but a scheduling conflict pushed it back to Feb. 27, 2013. CeeLo Green is Loberace promises to "take you on a ride through the colorful decades of music, stopping at legendary moments in time, from Prince to Blue Magic to The Rolling Stones, new wave to disco, and beyond. Visually, the production will combine CeeLo’s flamboyant sense of style & over-the-top creativity, magnified and intensified, with his soulful voice covering some of his favorite music, as well as original songs." Think dance party combined with a live concert.

Tickets starts at $49.50 and are available at www.ticketmaster.com.