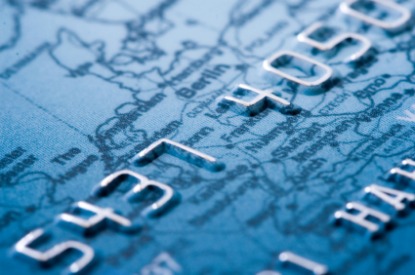 Credit and debit cards aren’t all the same. Most major card companies tack on a foreign transaction fee of 2%–5% on any charge made internationally. The issuing bank might also add similar fees. Call your credit-card company before you go away—fees change often and you don’t want to be stuck charging the majority of your trip on a card with hefty ones. Here are our Fodor’s favorites for credit, debit, and reward cards.

Although you may not know it, many credit cards tack a 3% currency-conversion fee for all foreign charges. This fee generally includes a 1% fee levied by Visa or MasterCard; your card company passes the charge on to you. That’s not small change when you consider all the hotel stays, meals, souvenirs, and museum entrance fees you will charge on that sucker.

Best of the Bunch: Capital One has had zero conversion fees and has even absorbed the 1% fee that Visa and MasterCard charge to process purchases. American Express charges a flat 2.7% fee and doesn’t allow merchants to tack on additional fees at the point of sale, namely the Dynamic Currency Conversion fee (DCC). By charging with an Amex card you are completely avoiding the DCC altogether, which is just one less thing to worry about.

Debit cards are the most convenient means of procuring local currency at a favorable rate. It’s a godsend to be able to skip the airport exchange desk to make a beeline for an ATM, as long as you know what sort of fees to expect with every withdrawal. Some debit cards, like their credit-card counterparts, tack on a 3% currency-conversion fee plus a fee if you use the card at a machine that isn’t affiliated with your home bank. You may also be charged for withdrawing money by the owner of the machine.

Best of the Bunch: HSBC, as there’s peace of mind in knowing that there’s likely a branch relatively close should something with your account go awry. The bank has more than 150,000 ATMs and close to 8,000 branches in 119 countries and territories. Fees for purchases and withdrawals (including from non-HSBC machines) have been low.

Bank of America is another good choice, according to SmarterTravel.com, as it’s part of the Global ATM Alliance, a group of banks in seven major countries with reciprocal no-fee withdrawals. That means access to almost 18,000 ATMs operated by Barclays in the United Kingdom, BNP Paribas in France, China Construction Bank in China, Deutsche Bank in Germany, Santander Serfin in Mexico, Scotiabank in Canada, and Westpac in Australia and New Zealand.

If you spend more time in airport lounges than your own living room, chances are you’ll be logging enough miles and trips to make carrying a rewards card seem like a no-brainer. There’s a dizzying array of options; you may be surprised to find that some hotel-based cards offer greater flexibility and value than many airline frequent-flyer cards. Keep in mind that participation in many rewards programs and clubs, including those mentioned here, don’t require that you sign up for the connected credit card. The cards are a means to accumulate points at a faster rate.

Best of the Bunch: Starwood Preferred Guest American Express Card: it has consistently been voted the best travel card by users of the FlyerTalk.com forum. You accumulate "Starpoints" with every dollar you spend on the card; you can then cash in the points for free stays and upgrades at Starwood hotels or for tickets on over 30 airlines.
The Capital One Venture Rewards Credit Card was voted top dog by Creditcard.com. Miles don’t expire, there are no foreign transaction fees, you accumulate 2 mi for every dollar you spend, and the yearly fee of $59 is waived for the first year.