Best Beer Gardens in the US

Summer is in full swing, which means wintry days spent hibernating inside the local coffee house are officially over. Sunny skies and warm weather make staying indoors nearly impossible and there’s no better way to beat the city heat than with a nice, cool pint of beer. No matter where you find yourself this season, here are seven of America’s best beer gardens to quench your thirst. 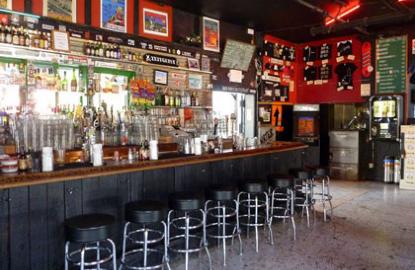 San Francisco’s famous Zeitgeist Beer Garden has won countless awards. With close to 50 beers on tap, selections range from standard drafts to more exotic brews. And the long, wooden tables in the outdoor garden help set the mood, re-creating the feel of typical gardens one might find in Europe. Beer drinkers looking for a deal should stop by Zeitgeist’s lengthy happy hour from 9 am – 8 pm, Monday through Friday. 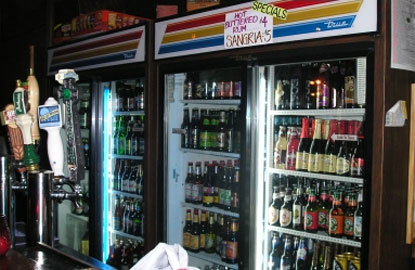 Travelers may come to New Orleans for top-tier southern cuisine but they’ll want to stick around for the less traditional Bayou Beer Garden. Blasting reggae music and serving up American-style burgers, French fries, and freshly made sandwiches, this garden instantly welcomes locals and visitors alike. Beers run pretty cheap, as do most items on the menu. Their extensive selection of bottled beers representing a wide range of countries including Mexico, Jamaica, Japan, and Estonia makes up for the few brews available on tap. 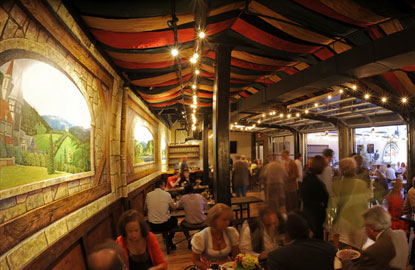 Atlanta may not seem like the quintessential German town but Der Biergarten certainly does a good job of doing their best Munich imitation. Their wide selection of German drafts and bottled beer from England, Ireland, Spain, and Belgium makes this garden a crowd favorite. Wine drinkers have their pick of international selections. Order your choice of schnitzels, pretzels, sausages, and other food from the menu to add to the overall experience. 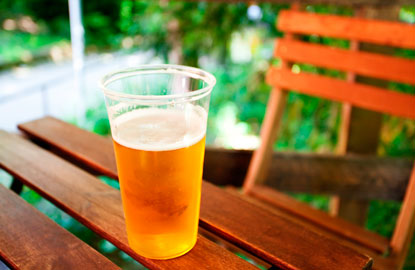 Locals in Chicago are prone to year-round beer garden festivities, despite that legendary wind. Thanks to heat lamps dispersed throughout this Chicago garden, The Village Tap keeps customers cozy. Everyone from avid sports fans to creative artist types can congregate here for the beer, of course, as well as the flat-screen TVs and a rotating showcase of local. Their menu has twenty-six beers on tap and also features several vegan and vegetarian options. 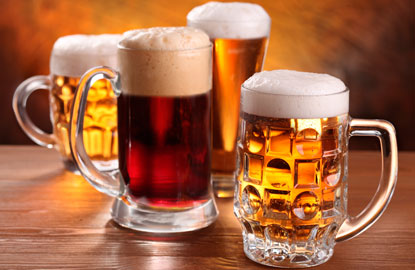 While New York City has a slew of popular beer gardens, it’s the borough of Astoria that bears bragging rights for having one of the oldest in the country. An easy commute from midtown Manhattan, Bohemian Hall doesn’t have too much trouble filling its 1,000 plus daily capacity. This particular garden specializes in Czech food and beer, which offers a change of scenery to competing German halls. Prices start at $6 and popular brews on tap include Pilsner Urquell and Czechvar. 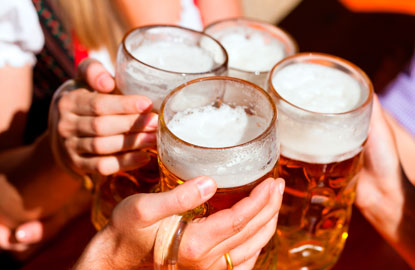 Almost reaching the 150-year mark, Mecklenburg Garden is one of the oldest and most well respected beer gardens still in operation. It’s also the oldest functioning restaurant in all of Cincinnati. Throughout history, Mecklenburg has remained an important landmark in political and social matters. Staying true to their German roots, Mecklenburg keeps the classic selections available year-round but also throws seasonal brews into the mix, currently offering fifteen beers on tap and eighty bottled beers. 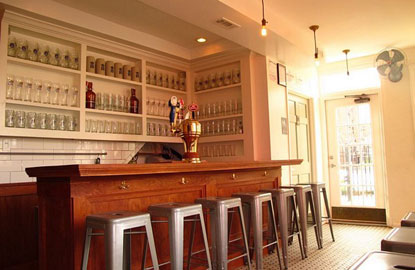 Still considered a relatively new beer garden in comparison to those more established, the Standard is designed a bit more like a restaurant. Located on bustling 14th Street, the laid-back atmosphere and variety of German cuisine makes this a great spot for families and singles alike. This particular garden has a smaller seating area than most, making for a more intimate setting. The pulled pork sandwich is a can’t-miss, as are the homemade donuts. Open daily except Mondays, until whenever the food runs out.