News Robin Catalano Horses Run Wild on This Puerto Rican Island⁠—but for How Much Longer?
NewsBest Attractions at Disney for Teens

Best Attractions at Disney for Teens

You may think Walt Disney World is just for young kids. But you’d be wrong. In the past few years Disney has added attractions and rides geared toward keeping older kids and teens happy, impossible though that may seem. 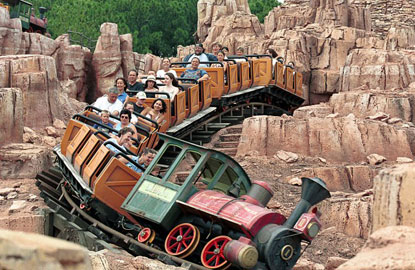 At the Magic Kingdom, check out the three mountains—Space Mountain, Big Thunder Mountain, and Splash Mountain. Space Mountain is the most intense, and with lines to show it. So visit Tomorrowland first then head to Frontierland to take down the other two.

Epcot hosts a slew of entertainment for teens, starting with Innoventions in Future World which is full of the latest technology, from state-of-the-art video games to interactive experiences such as Storm Struck. A special highlight will be Sum of All Thrills, a motion simulator ride that allows teens to plot out the path of their own rollercoaster—building in as many flips and turns as the time and track will allow—and then ride it. 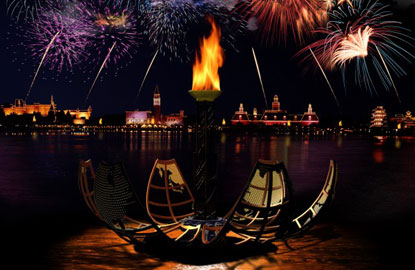 When first entering Epcot, grab a Times Guide and take a look at the World Showcase Entertainment, shows and concerts that take place in all eleven countries around the World Showcase Lagoon. Teens will particularly enjoy the British Revolution in England and Off Kilter, the Celtic rock band in Canada. 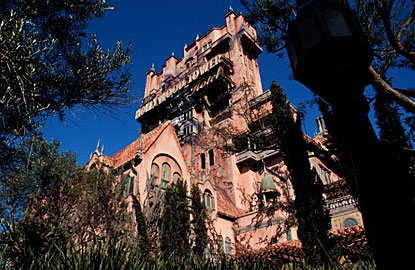 Disney’s Hollywood Studios contains two intense attractions that are both perfect teens—and they are right next door to each other. First is the Hollywood Tower of Terror, which loads its guests on a spooky elevator, only to drop them a dramatic thirteen stories. Rock’n’Rollercoaster is the only rollercoaster in all of Disney World that flips. And best of all, the rollercoaster blasts Aerosmith tunes for the entire ride. 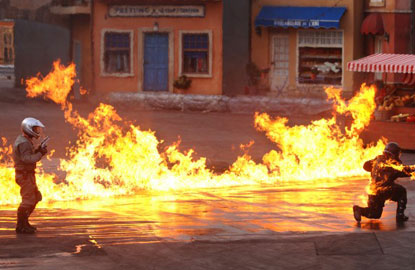 In the back of Disney’s Hollywood Studios you’ll find Lights, Motors Action, a stunt show that goes far beyond your typical automotive stunts. Learn how Hollywood creates high speed car chases by watching car, motorcycles, and jet skis perform them right in front of your eyes. And be prepared, because the ending of this show is one of the most dramatic at Disney. 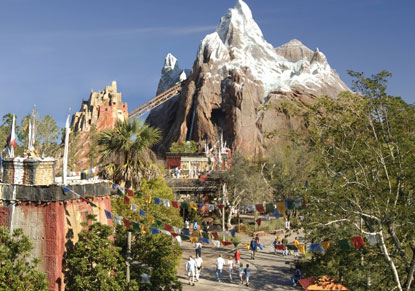 Disney’s Animal Kingdom may only have one mountain, but it may be the most intense rollercoaster in all of Disney. On an expedition to find the mysterious yeti of Mount Everest, you’ll also encounter deep dips, hair-pin turns, and broken tracks. 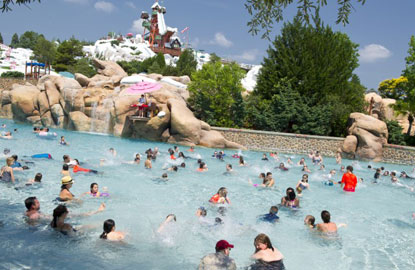 Taking an extra day for the water parks? Teens almost unanimously prefer Blizzard Beach, the water park with the most slides, including the Summit Plummet, a 120-feet high free falling water slide. Other high thrill choices include the Downhill Double Dipper and Teamboat Springs, that’s fun to tackle as a group. 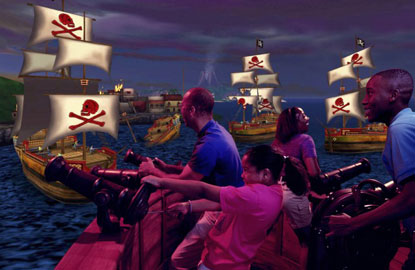 Rainy day? Head to Downtown Disney’s West Side and enjoy DisneyQuest, a five story interactive arcade. Guests can virtually paddle down the Amazon, learn how to draw a Disney character, actually enter into a video game, and fight alien insurgents. A favorite attraction is Pirates of the Caribbean—Battle for Buccaneer Gold, where buccaneer wannabes take to the deck of their own vessel and battle virtual ships for gold and glory.

Photo credits: All photos courtesy of Disney Parks and Travel