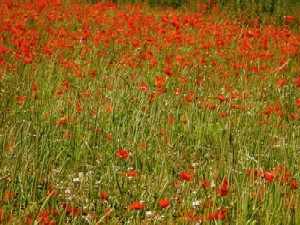 Where: Beaucaire, in the heart of Van Gogh country, mid-way between St. Remy de Provence and Nimes.

Why: For hundreds of years this pretty little pleasure port, at the intersection of the Rhone and the Canal du Rhone a Sete, hosted the richest commercial fair in Europe. Fabulous 16th-, 17th-, and 18th-century town mansions crowd narrow lanes and shady squares as evidence of the fortunes made.

Tasty treat: Pichoulines—small, green, local olives redolent of herbs and garlic. And if you see taureau (French for bull) on a menu, don’t pass it up. The richly flavored beef of the semi-wild cattle is a Beaucaire specialty.

Top outing: Take a boat along the Petit Rhone into the Camargue. Because this stretch of the Rhone is quiet, no license is required and boats can be rented for a few hours or by the day. It’s a great way to see wildlife and the thousands of species of resident and migrating birds.

Also Worth Seeing: The Troglodyte Abbey, just outside town, is a 5th-century Romanesque monastery carved into the native rock. From the abbey, the views of the surrounding countryside are lovely. 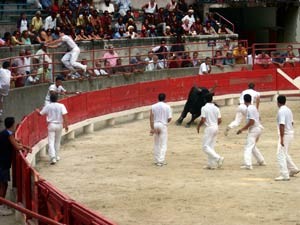 Best restaurant: L’Ail…Heure occupies a vaulted stone cave and a terrace under the town’s castle. The chef, Luc Andreu, is beginning to build a national reputation in France for his unusual dishes (sea bass with truffles, bull steak, wheat risotto). The French magazine Le Point says the prix-fixe lunch is “like a gift.” (48 rue du Chateau, 33/046659-6775)

Where to stay: Hotel Robinson is a rambling white house set in acres of pine woods beside a wide stream. The Blanc family has run the hotel for four generations, which explains the relaxed and unpretentious atmosphere. The indoor/outdoor restaurant is very popular with locals for cuisine du terroir (regional cooking).

Don’t miss: Seeing a Course Camarguaise in the Beaucaire arena. In this game, athletic young men, dressed completely in white, compete to grab various tokens from the horns of small native bulls. Both the human and taurine competitors become local stars.

How to get here: Beaucaire is 45 minutes west of Marseille Airport over good, modern roads.