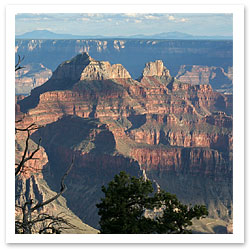 What could be better than a summer vacation spent communing with nature in one of our national parks? Unfortunately millions of others will be doing the same thing. But that doesn’t mean your holiday has to be spent dodging video cameras and screeching kids. Follow our tips below to escape the hordes and make the most of your time in the park.

If you’re visiting the Grand Canyon in summer, avoid highways AZ 64 and U.S. 180 from Flagstaff like the plague. Take U.S. 89 north from Flagstaff instead, and pick up U.S. 64 to the west, which brings you to the Canyon’s South Rim. Arrive well before 9 a.m. or after 4 p.m. to avoid the insane lines. Or head to the North Rim where the views are even prettier. The North Rim only gets about 10% of the number of visitors as the South Rim. Why? Because getting there tacks another 215 miles onto your drive from Flagstaff (take U.S. 89 north past Cameron, left onto U.S. 89A at Bitter Springs to Jacob Lake and then AZ 67.) It’s a super scenic drive and well worth the effort to avoid the hordes at the South Rim.

When to Visit: The busiest times to visit Grand Canyon National Park are summer and spring. Visiting during these times will mean negotiating crowds. Be patient. Remember that you cannot visit the North Rim in winter due to weather conditions.

The Ranger’s Tip: Navigating GCNP is a big task, one made easier by the free shuttle system, says Chuck Wahler, a 16-year employee of the park. Buses stop at 30-some points of interest, and Wahler advocates hopping aboard whenever possible. “You’ll spend more time exploring the park and less time looking for a place to park.” 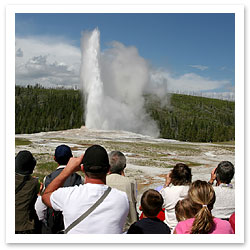 To avoid crowds at Yellowstone, get into the park at or just before sunrise if possible, before 9 a.m. for sure. See Old Faithful erupt during the earliest hours (the geyser spews about every 70 minutes, visitor centers have lists of the anticipated times) and check out the very popular Mammoth Hot Springs and the Norris Geyser Basin either early in the morning or late in the day. Then head to less populated parts of the park — such as the Lone Star Geyser, Point Sublime, Fairy Falls, and Yellowstone Lake — between 10-3 when the crowds start building. Don’t miss a swim in the Gardner River, two miles north of Mammoth on the North Entrance road. Here, you can paddle about in a warm river fed by the park’s hot springs.

When to Visit: You’ll find the big crowds from mid-July to mid-August. There are fewer people here the month or two before and after this peak season, though you’ll also find fewer dining and lodging facilities open. Most of the park closes from October to mid-December and again from March to late April or early May.

The Ranger’s Tip: Park Ranger Mary Wilson recommends packing for all types of weather no matter what time of year it is, remaining at least 75 feet away from wildlife (300 feet for bears), and staying on geyser basin boardwalks to prevent serious thermal burns.

To beat the crowds to Yosemite you’ve got to get up before sunrise and into the park before dawn. Yosemite has four entrances, and traffic moves about as quickly (or sometimes just as slowly) through all of them. Once you’re in the park, head to wildly popular Yosemite Falls for a spectacular sunrise, then escape to Tuolumne Meadows (on the east side of the park) to explore its many hiking trails and have a picnic lunch. Or head to Hetch Hetchy Valley, 40 miles from Yosemite Valley, to enjoy a quiet afternoon amid spectacular scenery and waterfalls.

When to Visit: Mid-April through Memorial Day and from mid-September through October are good times. During extremely busy periods — like the 4th of July — you may experience delays at the entrance gates. If you can only go during the warmest months, try to visit midweek.

The Ranger’s Tip: Park Ranger Scott Gediman loves to hike Yosemite’s trails. His favorite is the Mist Trail to Vernal Falls. “I’ve done it literally hundreds of times. If you can only take one hike in Yosemite, do this one, especially in spring and summer.” 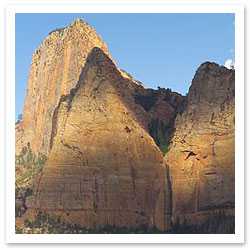 Zion is the most heavily visited national park in Utah, and most of its guests arrive through the South Gate. To avoid the bottlenecks, take Utah 9 to the east entrance. You can see all the highlights of the park on the Zion Canyon Scenic Drive shuttle ride, but go as early in the morning as possible. Once the crowds pick up, most of them will be milling around Zion Canyon. If you’re in the mood for a little adventure, get off at the shuttle’s last stop (Temple of Sinawava) for a riverside walk to The Narrows, one of the prettiest parts of the park. The first mile of the walk, between cliffs and alongside the Virgin River, is easy and wheelchair accessible. If you want to continue on, the going gets rougher — be prepared to walk through water that is occasionally a few feet deep on some parts of the trail. For a great short easy hike, wander up to Weeping Rock, a cool damp alcove that’s often filled with wildflowers. Or take the 10-mile-round trip Kolob Canyons Scenic Drive to check out the colorful sandstone cliffs and deep gorges.

When to Visit: Between April and October, Zion is visited by a staggering 2.5. million people. Winters are mild at lower elevations here, so consider planning your visit for some time other than peak season. You can expect winter driving conditions November through March, and though many park programs are suspended at this time, winter is a wonderful and solitary time to see the canyons.

The Ranger’s Tip: “Menu Falls, hidden in a lush and tranquil ravine along the Virgin River, is a little-known waterfall bypassed by thousands of visitors each day,” says Ron Terry, Chief of Visitor Services at Zion National Park. “It got its name because a picture of it was on the original Zion Lodge menu. The falls are about a half-mile walk north of the Big Bend shuttle stop.”

See the Fodor’s National Parks page for more helpful advice on visiting the national parks of the west.