Several hotels are hitting it out of the park (we couldn’t help it) this season with packages designed to get you to a baseball game in style. By adding perks like craft beer, jerseys, and coordinated transportation—not to mention perks back at the hotel like discounted parking or meals—you get a lot more than just peanuts. After the game you need only head back to your air-conditioned room and settle in for the night as you relish your team’s win. 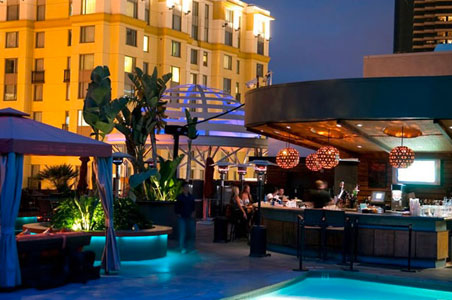 Details: Not only do you get 20 percent off room rates at Hotel Solamar, they’re tossing in perks, too: two beers at Jsix (on-site restaurant) or LOUNGEsix (rooftop lounge). As the hotel is just one block from Petco Park, home of the San Diego Padres, getting there by the opening pitch is a breeze. Beer connoisseurs already know that the hotel’s new Craft Beer Hour throughout June has a new spin, offering new releases from San Diego craft breweries and the chance to mingle with Jsix chef Christian Graves (an award-winning home brewer). 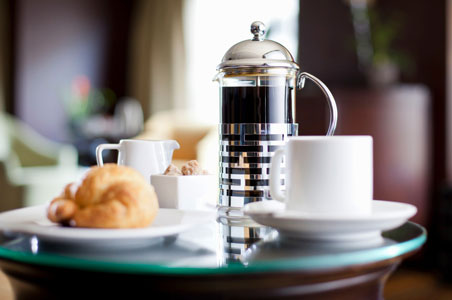 "Take Me Out to the Ballgame" package

Details: At this brand-new hotel, baseball fans are treated to a luxury experience. Before being ushered to Nationals Park in a limousine for a Washington Nationals’ home game, guests are handed two official Nationals jerseys and get to tour the park. Seating in the Lexus Presidents Club means seats between the dugouts behind home plate, all-inclusive drinks (including beer and wine) and food, and views of the Nationals indoor batting cage and press-conference rooms. The $3,128 rate (for two nights) includes two breakfasts and dinner for two people at The Grill Room inside the hotel. 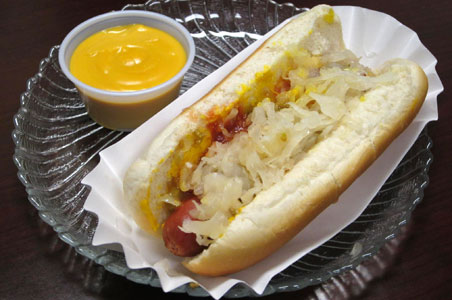 Details: Book this package at The Parkway Hotel and it’s a classic game with all-beef hot dogs along with a tote bag stuffed with peanuts, Cracker Jacks, and baseball-themed goodies. Choose the Executive King room ($149 per night) or the Executive Double Room ($159 per night). Package is offered only on the days of St. Louis Cardinals’ home games, held at Busch Stadium a four-mile drive from the hotel. 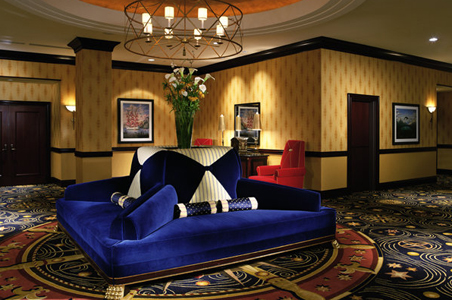 "Ahead of the Curve" package

Details: Root for the Boston Red Sox at one of the country’s oldest ballparks with an upscale twist: Hotel Marlowe’s baseball-specific package folds in all the goodies, including four T passes (the Lechmere stop is right outside the hotel), a baseball welcome amenity, a complimentary in-room movie, and a six-pack of beer plus peanuts (Cracker Jacks and non-alcoholic beverages available for kids). Available through September 30, 2013, the package costs $369 per night. Mention rate code CURVE. 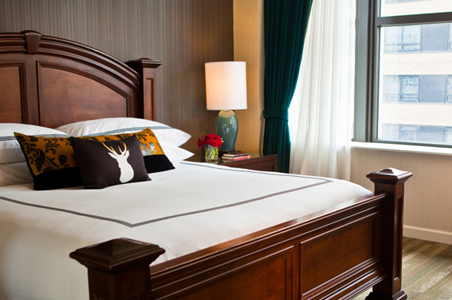 Details: Target Field, the Minnesota Twins’ three-year-old stadium, is a short walk from The Grand Hotel. With this package you get 15 percent off room rates, half-off valet parking, and a "Twins Bento Box" in The Six15 Room that’s filled with salty snacks, chicken wings, and a malt cup (with a wooden spoon, of course). Available through September 30, 2013 on Thursday through Sunday only, the package starts at $149. Mention rate code TWINS. 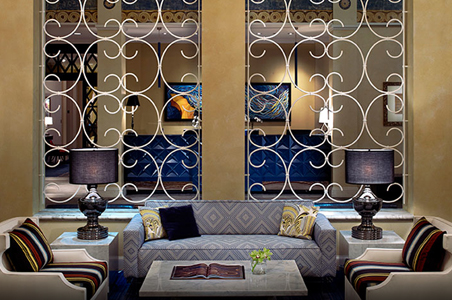 Details: With the "Score on Parking" package at Kimpton’s three Seattle hotels, you pay for parking at the hotel based on how many runs the opposing team scored last night (for example, 2 runs=$2). You can also tap into your locavore loves with two craft beers from a Northwest brewery and a bag of Tim’s Cascade potato chips (locally made). Package is offered through October 31, 2013; mention rate code SCORE.