News Apeksha Bhateja What Are the Chances You'll Get Monkeypox at a Hotel?
NewsBarefoot Contessa–An Insider’s Guide to Paris 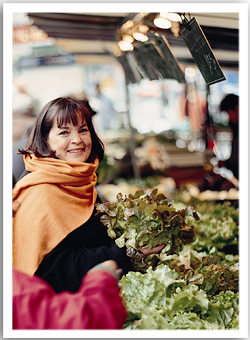 “I never had a day in Paris that I didn’t like,” says Ina Garten, the personality behind the bestselling Barefoot Contessa cookbook series and popular Food Network show. The “easy entertaining” guru is so enamored with Paris that she bought an apartment there five years ago and has since tasted her way through France’s capital city, producing a cookbook — Barefoot in Paris — along the way.

While the book covers French cooking at home, the intrepid travel editors at Fodor’s pined for the story behind the recipes — the insider scoop on where to eat and what to buy. From organic produce markets to bargain cookware shops, here’s Barefoot Contessa’s guide to Paris.

Fodor’s Travel: What do you love about Paris?

Ina Garten: When I used to go there just on vacation for a week, I’d always go to the street markets and I wished I had an oven, so I could just take a chicken home and roast it. As Adam Gopnik said in one of his books, “Everyday things in Paris are wonderful.” It’s walking down a tree-lined street; going to the parks, the street markets, and the places to buy bread; sitting out at a café; going to the museums; or just taking a walk along the Seine. It’s just an incredible city.

The one in front of my apartment on Boulevard Raspail. It’s called Le Marché Biologique. Three times a week I go to the Boulevard Raspail market. It goes from Cherche-Midi to Rue de Rennes. Biologique means organic. On Sundays, it’s an organic market. There’s a guy who makes potato pancakes. They have all the produce and cheese and everything you can imagine in a market, including an American guy who makes muffins.

Where do you live in Paris?

I live on the border of the 6th and 7th arrondissement, between three things that I think are the best things in Paris: the bread bakery Poilâne (8 rue du Cherche-Midi), the cheese shop Fromagerie Barthélemy (51 rue de Grenelle), and Bon Marché (38 rue de Sèvres), a huge specialty food store that’s amazing. I’m also near Marianne Robic (39 rue de Babylone), a great flower shop. It’s great because there’s everything you could possibly want for giving a dinner party within a few blocks, and I love to give dinner parties in Paris.

Are there any hotels that you would recommend?

I’m a pushover for Le Bristol, which is just a deeply wonderful hotel. It’s very French. I think Americans think of French service as very haughty, but really good French service is very warm. And I think that’s what the Bristol is. It’s one of the best hotels in the world. The restaurant there [Le Bristol Restaurant] is fabulous. For lunch, on a nice day, they serve lunch in the courtyard. It’s just dreamy.

What are some of your favorite things to during the day?

Spend an afternoon at the flea market (Marché aux Pouces, Porte de Clignancourt). Take a taxi there in the middle of the day, have lunch at Le Soleil (109 avenue Michelet, 93 Saint-Ouen). It’s a very earthy French restaurant, very good. And it’s right in the flea market. While you’re there, go to Muriel Grateau (37 rue de Beaune), a discount outlet at the flea market that has markdown tableware, mostly dishes and glasses.

Go to the Louvre. Go to the Museé Des Arts Décoratifs (107, rue de Rivoli) and then have lunch at Café Marly out in the sun. It’s on the terrace of the Louvre. Walk down Rue de Rivoli to Galignani (224 rue de Rivoli), an English and French bookstore. And then take your new book to the Tuileries and sit down in one of those chairs and read.

For cocktails and evenings out, what would you recommend?

Or for a Parisian café experience, Café de Flore is really quintessential. My idea of the perfect meal in Paris is an omelet and a glass of champagne at Flore. To just sit outside at 10 o’clock at night is wonderful. You can just do that and go home satisfied.

Any suggestions for travelers who don’t speak French?

Most people in Paris speak some English. I speak enough French so that I could get by easily. But I think it’s changed dramatically in the past 20 years. Before, if people did speak English, they wouldn’t speak English to you. Now it’s not really a problem. I find that French people really are welcoming. My experience there has been lovely.

What about side trips from Paris? Any spectacular itineraries to recommend?

Rent a car and go to Reims. That’s where all the champagne is made. It’s a wow — a total wow. And then you stay over, right up the street, there’s a hotel called Les Crayères — it’s one of the most luxurious châteaus I’ve ever stayed in. You drive there on the super highway and you drive back through champagne country. It’s glorious. 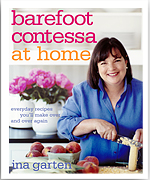 Read more about Ina Garten at inagarten.com or buy her cookbooks:

Barefoot Contessa at Home: Everyday Recipes You’ll Make Over and Over Again

Barefoot in Paris: Easy French Food You Can Make at Home