Beaches Kaila Yu Do You Enjoy Visiting Hawaii? You Should Pay a Fee
Home  >  News   >   Author Jon Methven (This Is Your Captain Speaking) on Crash Landings and Celeb Culture 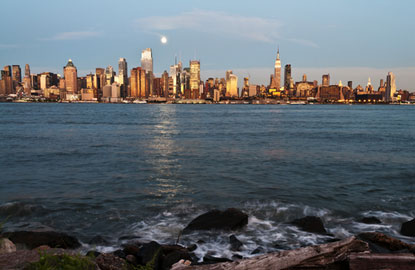 When a flight similar to the "Miracle on the Hudson" crash lands and all 162 passengers survive, it’s a Monday morning miracle. What the public does not know, though, is that the whole thing was staged as a last-ditch attempt at resurrecting the airline’s stock price. We caught up with author Jon Methven to discuss this satirical, fun, and travel-centric novel. We also got his email address, so you’ll know where to address questions and complaints.

Bonus: Scroll down to enter to win a copy of his book!

Why did you choose a crash landing to open the book?

The novel initially took place on a state-of-the-art airplane, with all of today’s technological wizardry, but it could not land because the tire on the landing gear was broken. The story followed the people on board who could not land for weeks—kind of the worst scenario for would-be travelers. I wrote this the spring after Captain Sullenberger landed the plane. One day while walking along the Hudson River, the idea just popped in my head—that I was destined to lampoon a modern day miracle.

Why are all the chapter titles Beatles’ lyrics?

One of the themes of the novel is the American public’s fascination with celebrity culture. There is a character in the book who is a celebrity semen trafficker. After the crash, he leaves on board the plane a vial of his most coveted sample—that of the late John Lennon. The lyrics seemed like a fun way to label the chapters.

There are some odd characters in the novel. How did they come about?

Along with a semen trafficker, there is a woman who has been assigned by the courts to wear a puppet on her arm, a professional domino tumbler, a public relations Svengali, a luck consultant, and an out-of-her-mind reality TV producer. These are all people I would want to sit next to during a flight.

What are you working on now?

The ultimate travel novel – about a man who has begun a fundraiser to build his own planet.

Why should our curious readers pick up a copy of your book?

If you’re reading a book with the title This Is Your Captain Speaking other passengers will automatically think you know how to travel. This is also a full-service novel. Along with the words, sentences, and paragraphs, I provide around-the-clock customer service at no additional charge. Readers can email me at anytime—from the airport, the beach, amusement park, anywhere—with questions, critiques, diatribes or, ideally, praise: [email protected]. (Expect response delays if you are emailing from O’Hare, or during any holiday weekends.)