Fodors.com caught up with renowned author Jay McInerney on the heels of his latest book launch to get his picks for the best wine regions to travel to right now. McInerney’s new title, The Juice, is a collection of engaging, provocative—and often hilarious—essays detailing his vinous adventures. 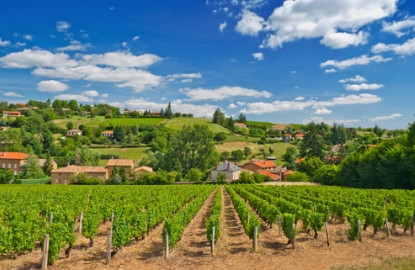 Fodor’s: Where have you traveled recently?

McInerney: Most recently, I was in Burgundy. I was staying in Beaune, but I visited the Mâcon and Beaujolais, which is a very beautiful region. Beaujolais is an area many travelers overlook, but it is actually, frankly, much prettier than the more famous area in the Côte-d’Or. It has really beautiful rolling hills, and is very rural with more mixed agriculture than the area around Beaune. So you see cattle and orchards and sheep and vineyards. There are some very good restaurants in the area; we went to a great Michelin one-star restaurant called Le Cep (Place Eglise, Fleurie; 04 74 69 83 92).

Fodor’s: Where do you like to stay in Burgundy?

McInerney: The last couple of times I’ve stayed, I have rented an apartment actually. I stayed in a pretty 16th-century house right in the center of Beaune, with a courtyard and several floors and a working kitchen, although I’m afraid that I don’t use the kitchen much because I’d rather go out. But renting is a great way to stay right in town, and it’s a little more reasonable. There are some very good hotels in Beaune, but they’re not cheap. The best hotel, right in the center of town, is the beautiful L’Hotel de Beaune, and its great restaurant is Le Bistro de L’Hotel. For restaurants in Beaune, I also like Ma Cuisine (Passage Sainte-Helene, Beaune; 03 80 22 30 22); it’s a classic for regional cuisine and it’s got a great wine list, of course, which is pretty important for the traveler to Beaune. 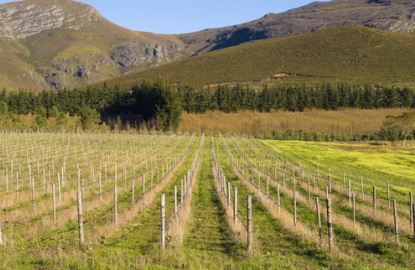 Fodor’s: What’s the most interesting emerging wine region that you’ve been to so far?

McInerney: I have to say South Africa is really on the rise; I mean, really, there are quite a few wine regions in South Africa. Stellenbosch is the most scenic and probably the most important for Cabernet and Bordeaux red blends. It has really stunning scenery, some beautiful hills. There’s also an emerging wine region in the far south of South Africa around the town of Hermanus (pictured above). Hermanus is a beautiful beach resort with really lovely beaches, and just over the hill from the coast there’s something called the Hemel-en-Aarde and it is proving to be a really great region for Pinot Noir and Chardonnay. The two most prominent wineries there are Hamilton Russell and Bouchard Finlayson, and they’re producing some really good Pinots and Chardonnays there, and it’s also just a stunning area—it may be the cradle of civilization. This is where Leakey made a few of his discoveries of Paleolithic fossils. 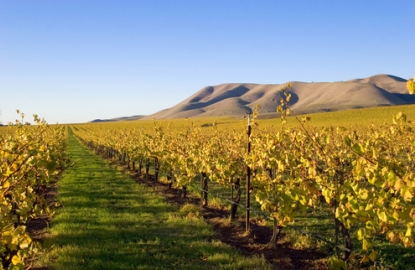 Fodor’s: What other emerging wine regions are you excited about?

McInerney: Closer to home, the Santa Barbara area is fun. It’s kind of in its infancy, particularly their Santa Rita hills in the Santa Ynez Valley, which is very pretty, and has some really great wines. Solvang is the place to base yourself. It’s a strange sort of little outpost that was settled by Danes in the 19th century, so there’s a lot of Danish food and architecture. There are a lot of good wineries. A little to the north there’s the Au Bon Climat, which is really one of the great pioneers. Also Brewer-Clifton is one of my favorites, and Melville. For restaurants, The Hitching Post (of Sideways fame) is a real classic, a good steak place. I also like Root 246 in the town of Solvang. 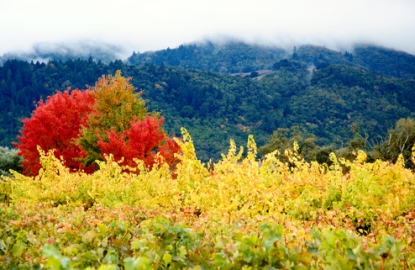 McInerney: Sonoma. Napa is the famous one, but honestly Sonoma has a much more varied landscape; it’s much more rural, kind of off the beaten path. In Napa, the vehicle of choice is the Range Rover; in Sonoma, it’s the beat-up pickup truck. Sonoma is less formal, less developed, and there’s always a surprise around every corner. And, you know, they have a lot more variety; it’s not just Cabernet, but also Pinot Noir and Chardonnay and Zinfandel and other things. Healdsburg is really lovely, and there’s some great places to stay there. I like the H2hotel and the Hotel Les Mars. Those are both great bases to branch out from.

In Napa, though—and I do like Napa—the really nice place to stay if I’m splurging is Meadowood; it’s fantastic and the restaurant there is amazing. And, if I’m "roughing it," I stay in a place called the Mount View Hotel. It’s a 19th-century inn that’s part of the hot springs culture there in Calistoga. The best restaurant in Calistoga right now is Solbar at Solage. And, of course, there’s the French Laundry down at the other end of the county.

Enter to win a copy of The Juice!

Jay McInerney lives in Manhattan and Bridgehampton, New York. He writes a wine column for The Wall Street Journal and is a regular contributor to The Guardian and Corriere della Sera, and his fiction has appeared in The New Yorker, Esquire, Playboy, Granta, and The Paris Review.  In 2006, Time cited Bright Lights, Big City as one of nine generation-defining novels of the twentieth century, and The Good Life received the Prix Littéraire at the Deauville Film Festival in 2007.