Hotels & Lodging Amy Fallon Quiet Hours, Curfews, and *Chores*? Why the Tide May Be Turning Against Airbnb
NewsAustralian Billionaire to Launch Titanic II 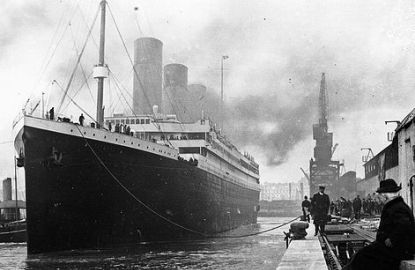 The centennial of the sinking of the Titanic this year has prompted museum openings, ceremonies, the 3D rerelease of Titanic, and educational programs across the world. But what’s all that compared to what one Australian billionaire has planned in honor of the most famous ship in history?

Clive Palmer announced today his plan to build a near-replica of the Titanic, enigmatically named the Titanic II, with a launch date in late 2016. The Associated Press reports that the seafaring homage will be built in China at CSC Jinling Shipyard, and much like its ill-fated namesake, will make its maiden voyage from England to New York.

Palmer, a coal-mining and real estate mogul reportedly worth $5.2 billion, said the Titanic II is merely the first in a line of four luxury cruise ships commissioned from Jinling through his new shipping company, Blue Star Line Pty. Ltd. (The original Titanic was commissioned by the also similarly named White Star Line.) The Sydney Morning Herald reported that the new ship will have the same proportions, number of rooms (840), and decks (9) as the first Titanic.

"These people produced work that is still marveled at more than 100 years later and we want that spirit to go on for another 100 years," Palmer said in a statement.

So, what will be different?

"It will be every bit as luxurious as the original Titanic, but…will have state-of-the-art 21st century technology and the latest navigation and safety systems," said Palmer. According to the AP, the main differences in the new ship include welding to replace rivets, a "bulbous bow" to increase fuel efficiency and modifications to the rudder and bow thrusters for greater maneuverability. Diesel will power the ship, rather than coal, though decorative replica smokestacks will grace its decks.

Improvements and modern technology aside, it’s reasonable to assume some may view the second pass at one of the world’s most infamous tragedies as tempting the fates, to say the least. When asked if the Titanic II could sink, Palmer was somewhat more candid about the liner’s limitations than his ‘unsinkable’ forebears:

"Of course it will sink if you put a hole in it."

He did add, "It will be designed as a modern ship with all the technology to ensure that doesn’t happen." (Well, that’s a relief.)

The AP writes that the initial design for the Titanic II has begun, and that a historical research team has been brought on to assist. No budget has been announced as of yet for this new Ship of Dreams. And no word on whether James Cameron has been tapped for the 3D "Making Of" film.

Thinking of taking a trip on the Titanic II? Best of luck to you. But if you have an opinion on the remaking of this infamous ship, weigh in in the comments section below.