News Apeksha Bhateja Europe's Airports Are Chaos This Summer. And Now There's Another Problem
Home  >  News   >   Asiana Flight Crash: What Happened and How to Stay Safe

Asiana Flight Crash: What Happened and How to Stay Safe 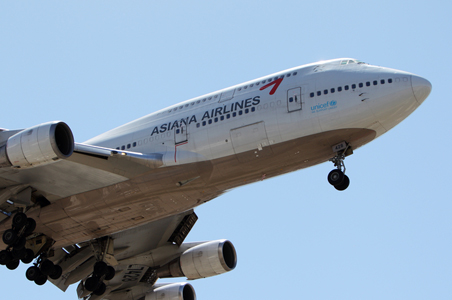 The photos and videos showing the final seconds of Asiana flight 214 from Seoul-Incheon to San Francisco last Saturday are incredible in many ways. Seeing how it spun after impact or looking at the burnt out hull of the plane one might think the only possible result was a horrific tragedy. Instead, however, the results of the accident are almost impossibly hard to believe, on the other end of the spectrum. Only two confirmed fatalities so far and more than 100 passengers walked away without even needing a hospital visit. Every single passenger made it off the plane before the fire consumed it. Yes, it was a terrible accident but it is also a testimony to how safe flying is today.

Part of that safety comes from the planes themselves. The aircraft we fly on today are stronger and more durable, built with materials designed to better withstand the heat of a fire and with exits which are easier to open. The seats are better built as well, rated to 16 times the force of gravity. In looking at the photos from the NTSB’s initial survey of the damage it appears that nearly all the seats held in place on impact meaning passengers were then able to get up, step into the aisles, and get out the exit doors.

Another part of the improved safety, one which cannot be understated, comes from the training and skill of the flight attendants on board. Their training regimen includes practicing evacuation of smoke-filled cabins, not just talking about it. And, based on some of the stories being told in the days following the Asiana crash, the training came into play in a big way. Multiple witnesses have described scenes of flight attendants carrying passengers out of the plane to ensure that no one was left behind as the flames pushed forward through the cabin.

Finally, it is important for passengers to remember that take-off and landing are the two most critical points in the flight where the likelihood of an evacuation is increased. To that end there are a few tips worth remembering every time you fly:

1. Keep your shoes on (but not high heels). It makes a big difference when trying to move through the aisles, off the plane, and away.

2. Wear pants when feasible. The slides are not particularly comfortable in shorts, a skirt, or a dress.

3. Count the rows to the nearest exit. Knowing how far to go when you’re crawling along the aisle can make a huge difference in actually getting there.

4. Listen to the crew! In this case there were two doors (1R, 2R) at the front of the plane which could not be used during the evacuation. The crewmembers were able to redirect passengers to working exits quickly.

Flying remains one of, if not the, safest modes of transportation available today. Odds of experiencing an incident like this one are miniscule and the odds of surviving any such incident are quite high. Just make sure to pay attention, just in case.