Whether you’re a lifetime drag enthusiast or a RuPaul’s Drag Race newbie, there’s a lot to learn about the wide world of drag. Here’s where to dive in on the Eastern Seaboard.

Just starting off your drags-ploration? Head to the home of the 1990 documentary Paris is Burning and birthplace of the club kid era: New York City! Manhattan is where drag performers and trans folks of color came together to form houses, build movements, and make strides in the LGBTQA+ rights movement.

The drag scene in Manhattan boasts performances as vibrant as its musical and theatrical productions. Want a better sense of the key styles you can find there? Check out “C.L.A.T.,” a music video recently released by Peppermint, Aja, Sasha Velour, and Alexis Michelle, four New York queens from RuPaul’s Drag Race season 9.

New York drag has changed over the years, but there are a few standbys you’ll always be able to find.

Looking for the adult version of seeing Mickey and Minnie over breakfast at the Grand Floridian? From comedy clubs to dinner theater, New York City has perfected sit-down entertainment with a meal—and drag shows are no exception. You may have heard of Lips (Midtown East) and Lucky Cheng’s (Hell’s Kitchen), venues where you can catch a show while enjoying a prix fixe dinner and cocktails (sometimes named for the queens, sometimes served by them). While Lucky Cheng’s offers shows exclusively on Friday and Saturday nights, you can find performances at Lips Tuesday through Sunday. If celebrity impersonation is more your bag, head down to the Diva Royale dinner show on Fridays and Saturdays at the Copacabana (Midtown West).

INSIDER TIPHungry for a celebrity sighting? Head to the underground show tune singalong at Marie’s Crisis, and you just might spot a Broadway singer or local queen in the crowd—or belting one out onstage!

No amateurs to improv, many New York queens host weekly shows featuring performers from New York City and beyond. These high-energy offerings are an engaging blend of stand-up comedy, lip syncing, audience interaction, and kicks and splits. Stumble into any of the following for a rollicking good time.

Stonewall Inn: This historic queer landmark in the heart of Greenwich Village presents live shows with new performers every Friday, and an “Anything Goes” evening with queen Logan Hardcore—featuring karaoke, drag numbers, and dance parties—every Thursday.

Pieces: From Karaoke Tuesdays with Brita Filter and Kareem McJagger to Shequida’s weekly Drag Wars competition, this West Village watering hole is giving you drag every night of the week.

The Weird & The Wild

If you’re looking to test the limits of what drag can do, a few Manhattan performers have you covered. Crimson Kitty’s Ladyqueen revue gives female, or bioqueen, and nonbinary performers a place where, TimeOut notes, “a girl can be an exaggerated cartoon version of a girl.” And in perhaps the only drag performance that’s guaranteed to be family-friendly every time, local queens bring the art of reading to branches of the New York City Public Library through Drag Queen Story Hour. 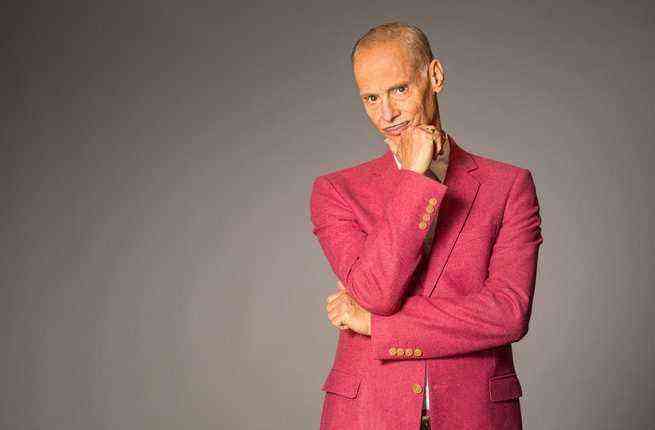 RELATED STORY
Punks in the Age of Trump: John Waters on Oakland, Rebels, and the Burger Boogaloo

True connoisseurs of the odd and outrageous will probably want to hop on the L train over to Bushwick or Williamsburg for a night of debauchery. Brooklyn has always been a tad wackier and less concerned with trends, serving up drag and cocktails with a little more craft. “Brooklyn represents a great spectrum of drag from pageant to club kid looks to experimental to live singing,” says artist, art object, and performer Untitled Queen. “[The community] is so welcoming and open to a lot of range of expression.”

You also get a ton of bang for your buck. Like Untitled says, “In New York, it’s very easy to find a million other things to do … drag has to compete with that level of choice, and I find the kids here are all at once: emcee, looks, show, and personality.” That translates to raw, richly done performances that can feel as much like an artist’s workshop as a fun night on the town.

Check the schedules at House of Yes and Bizarre Bushwick to catch a live drag show.

Wondering where to go? We asked Untitled Queen’s for her favorite selections in the outer boroughs! First up includes Sasha Velour’s theatrical showcase, Nightgowns, a “wonderfully thoughtful and cerebral celebration of drag, politics, and art,” that takes place monthly at National Sawdust. For something more “fun and dirty,” head to Merrie Cherry’s Dragnet at Metropolitan Bar, slated as “the longest-running Brooklyn drag competition.” Looking for some immersive fun? According to Untitled, the annual festival Bushwig is “where international drag performers come to kiki and give their best shows.” Or want to get in on the digs? Head down to the Alottastuff Auction every third Thursday, also hosted at Metropolitan Bar. Bidding for “whimsical gems, sequin nightmares, and incredible thrift finds” start at $1! And don’t miss out on the gender-bending brainy kink of Talon’s new monthly revue, Dungeons & Drag Kings!

Pittsburgh queens have brought spoken word projects, artist exhibitions, and even lube wrestling, all with a drag twist, to audiences in the region.

If a Big Apple vacation might break the bank, head over to the Steel City. It’s cheaper, a little quieter, and, thanks in part to Andy Warhol, Black artists and musicians, and drag queens, has all the art and cultural history of its tri-state metro counterparts. While Sharon Needles put Pittsburgh drag on the map with her Drag Race season 4 win, queens have been tearing and scaring up crowds in Pittsburgh for decades.

“As far as the drag scene, we have a lot in common with Brooklyn,” says local performer Bebe Beretta. “The aesthetic here is artistic in focus, it doesn’t stigmatize itself to meet certain expectations, and it showcases a variety of approaches.” These days, the community is starting to see drag split between venues that provide art-punk performances and those that focus more on top-40 trends. But not to worry—the city’s drag shows are as distinct as its 100 neighborhoods, with more than enough choices to appeal to everyone.

You don’t have to look further than the noms de plume in a Friday-night lineup to get a sense of Pittsburgh’s drag culture. From Janet Granite to Amneeja Schnackenmuff, Veruca La’Pirahna to Dixie Surewood, Pittsburgh queens excel at selling a dirty, explosive camp (sticky barroom floors included). If you’re looking for a dive bar atmosphere, check the calendar at P*Town (Oakland) or Blue Moon (Lawrenceville). Shows in these venues feel small-town, spontaneous, and intimate, featuring crowd favorites like Tootsie Snyder or drag-bartender Sonia Maybottom.

Pittsburgh’s underground scene is migrating from bars and finding its way into hotels, museums, and other unexpected places. Pittsburgh queen Moon Baby, along with collaborators, has brought spoken word projects, artist exhibitions, and even lube wrestling, all with a drag twist, to audiences at Ace Hotel (East Liberty), Bunker Projects (Garfield), and elsewhere. And every spring, Morose & Macabre present their Atrocity Exhibition at the Rex Theater (Southside), a dark and twisted cabaret including drag and burlesque numbers. But keep in mind, 2018 might be Atrocity’s final year.

Category Is: Tens Across the Board

Pittsburgh brings the house down with classic drag and pageant queens, too! Catch Kierra Darshell’s Drag Brunch on the first and third Sundays of each month at James Street Gastropub & Speakeasy (Northside) or DIVAS Soul Sundays (the second and fourth of each month), with celebrity impersonations by VyVyan Vyxn and guest stars, at Black Forge Coffee House (Allentown).

For those that thrive on competition and death drops, bars like There Ultra Lounge and Cruze (both Strip District spots) might meet your needs. Find a night when Georgia Bea Cummings, Miss V, or Akasha L. Van-Cartier is on the bill—they won’t disappoint. Pittsburgh also hosts such esteemed pageants as Miss Tri-State All-Star, Mr. Pittsburgh Pride, Miss BitchBurgh, and Miss Pennsylvania Trash. 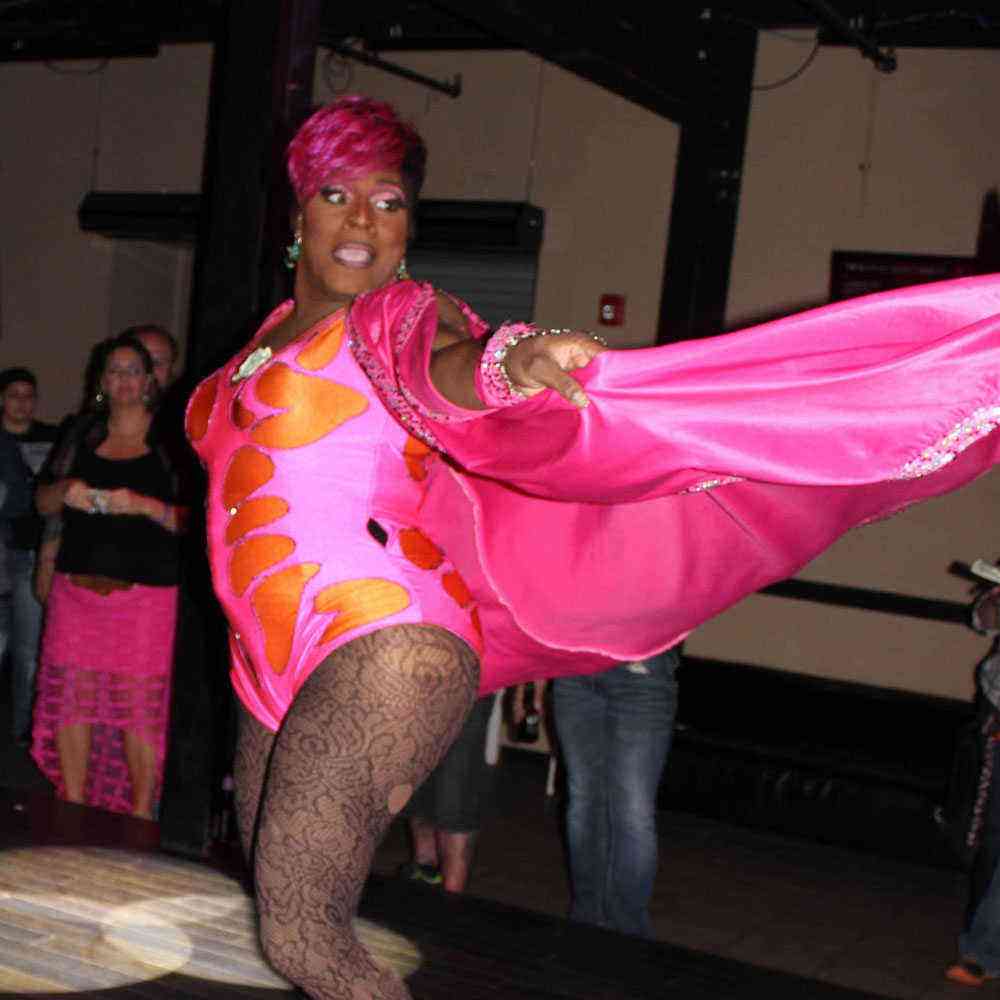 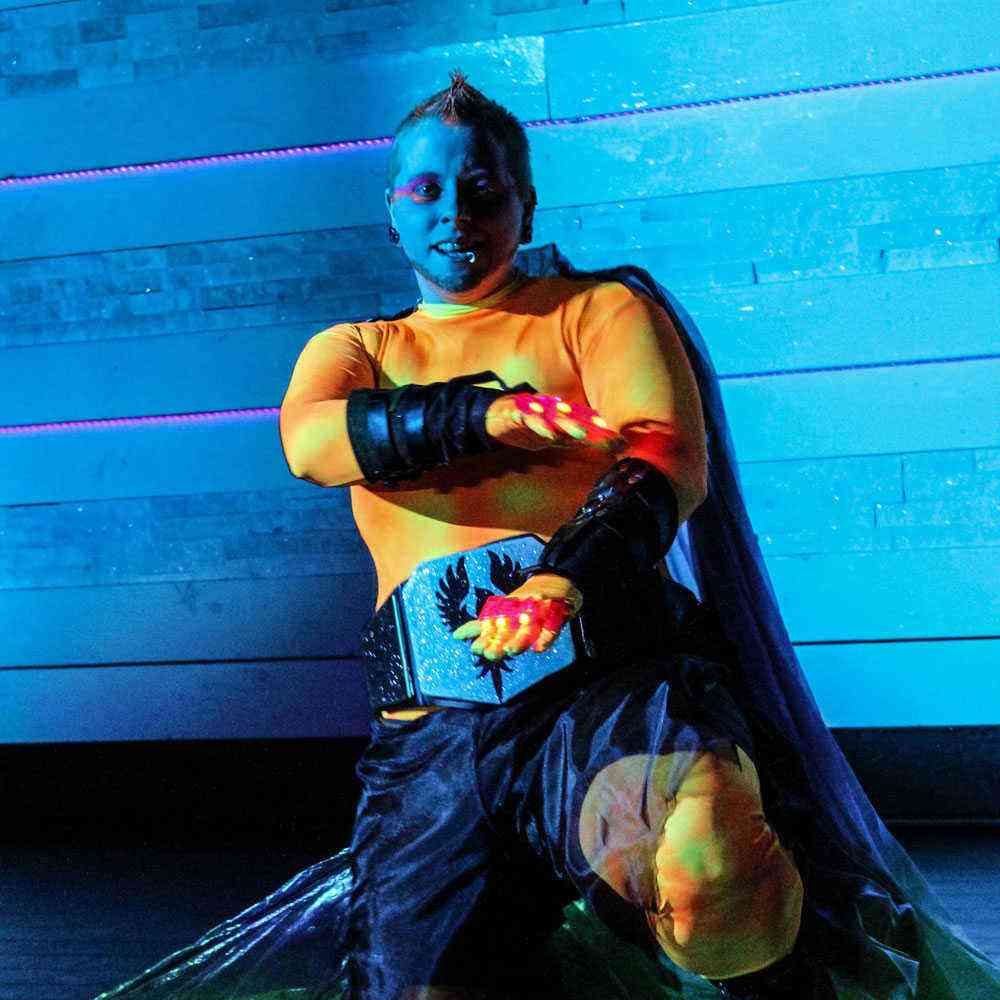