The Sunset Chapel, which sits atop a hillside in Acapulco, Mexico, was constructed for a very distinct reason: to celebrate the duality of worship.

Architecture company BKNR abandoned traditional styles to create a structure intended to reflect the contrasts of religious reverence, including the celebration of life and the mourning of its passing. 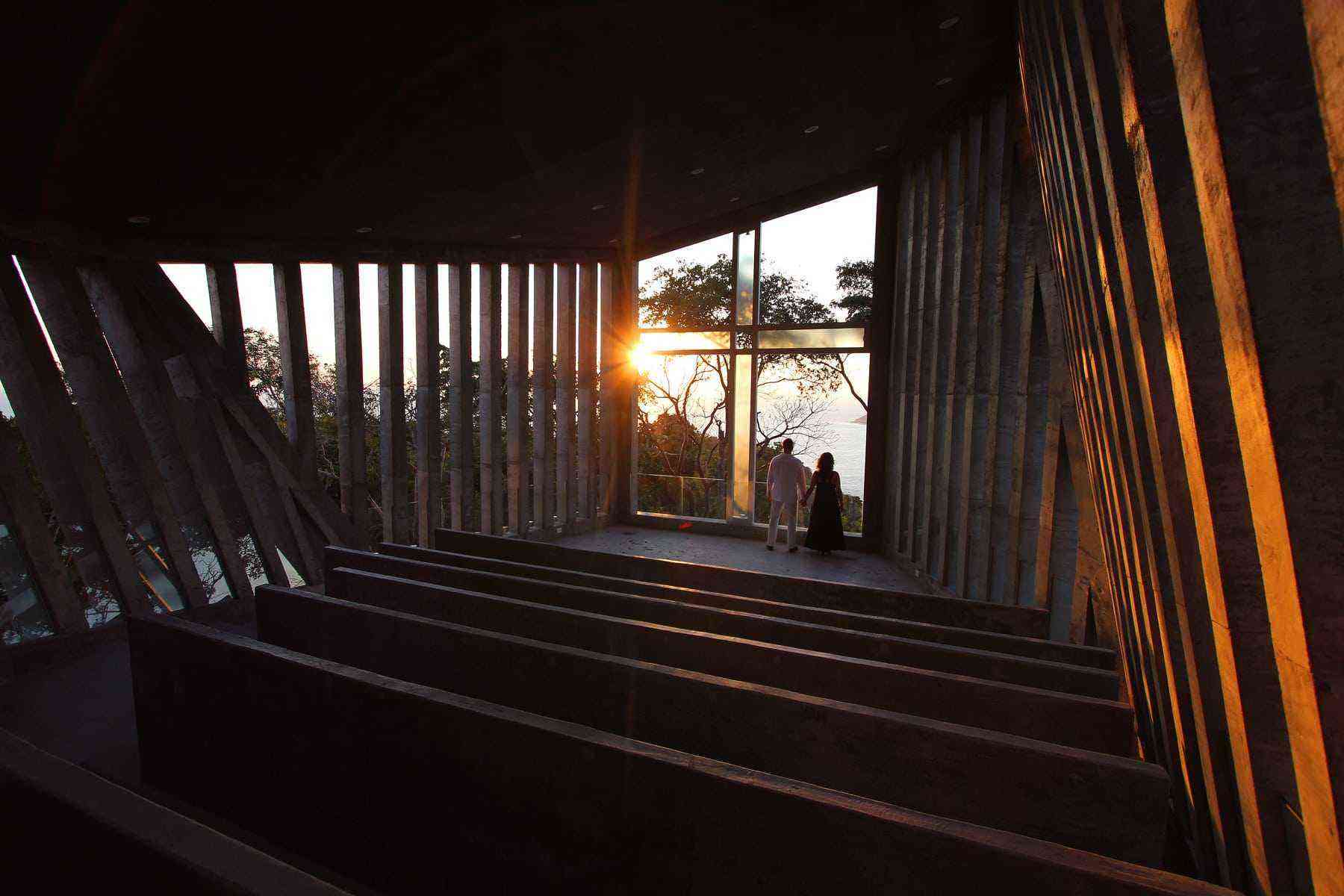 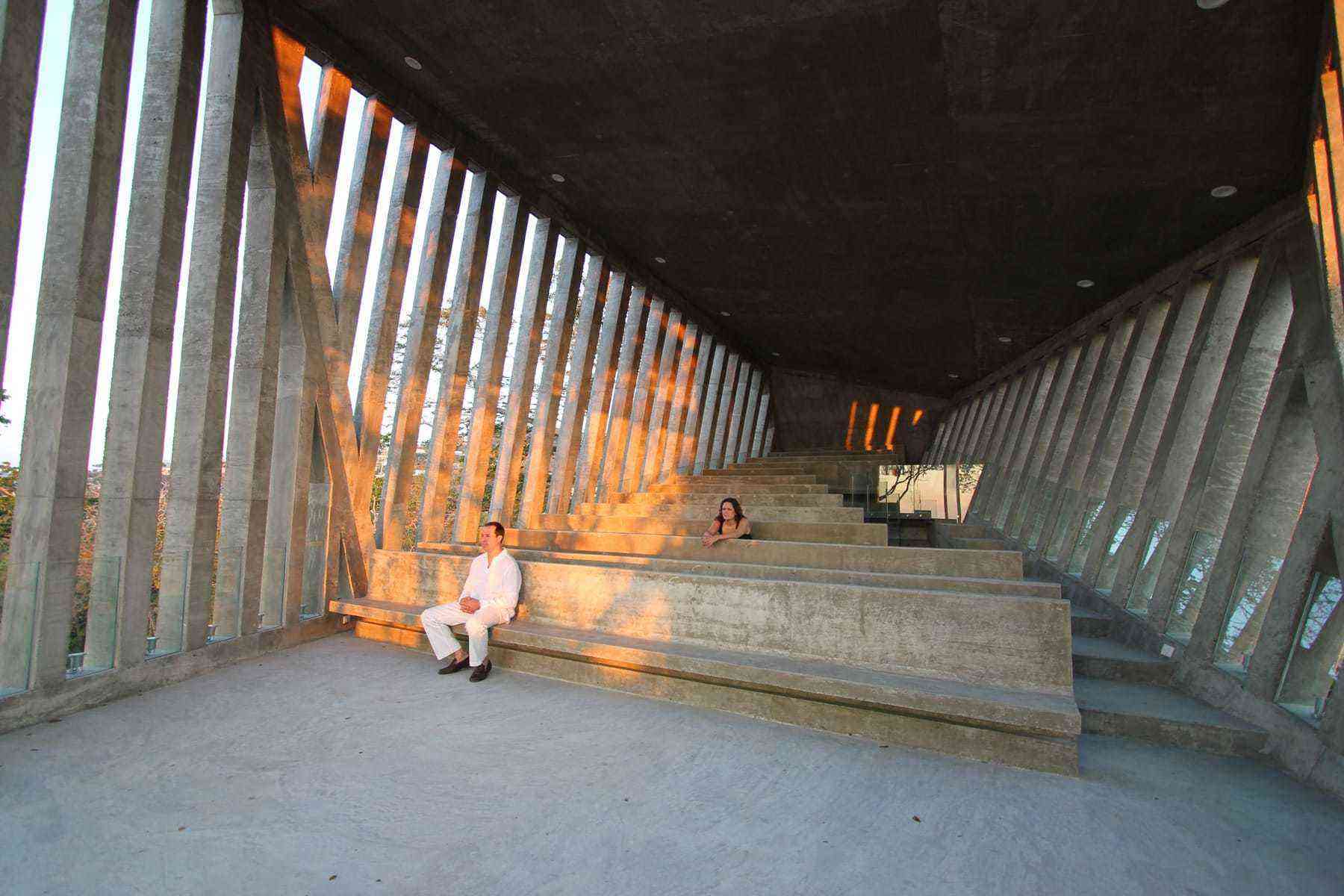 “Our first religious commission was a wedding chapel conceived to celebrate the first day of a couple’s new life. Our second religious commission had a diametrically opposite purpose: to mourn the passing of loved ones. This premise was the main driving force behind the design, the two had to be complete opposites, they were natural antagonists,” BKNR reported.

The structure reflects this contrast in its features: glass and concrete representing fragility and solidity. Architecture company BNKR wanted to chapel to blend in with and mimic its surroundings, and was constructed to resemble its setting of large granite rocks on the hillsides. And of course, the Sunset Chapel is named for its eponymous event: nightly the sun falls behind the altar cross, with incredible views from its perch. 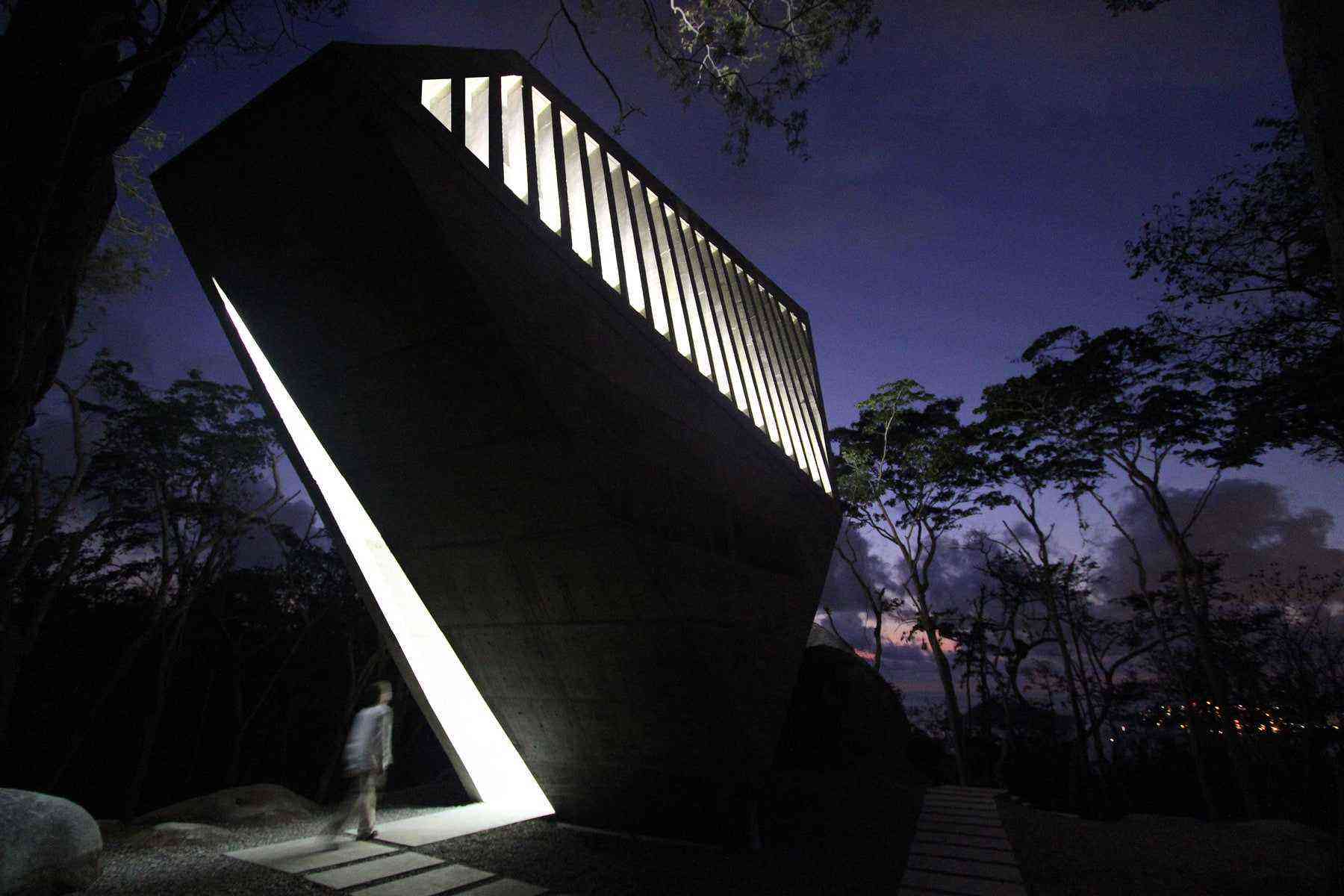 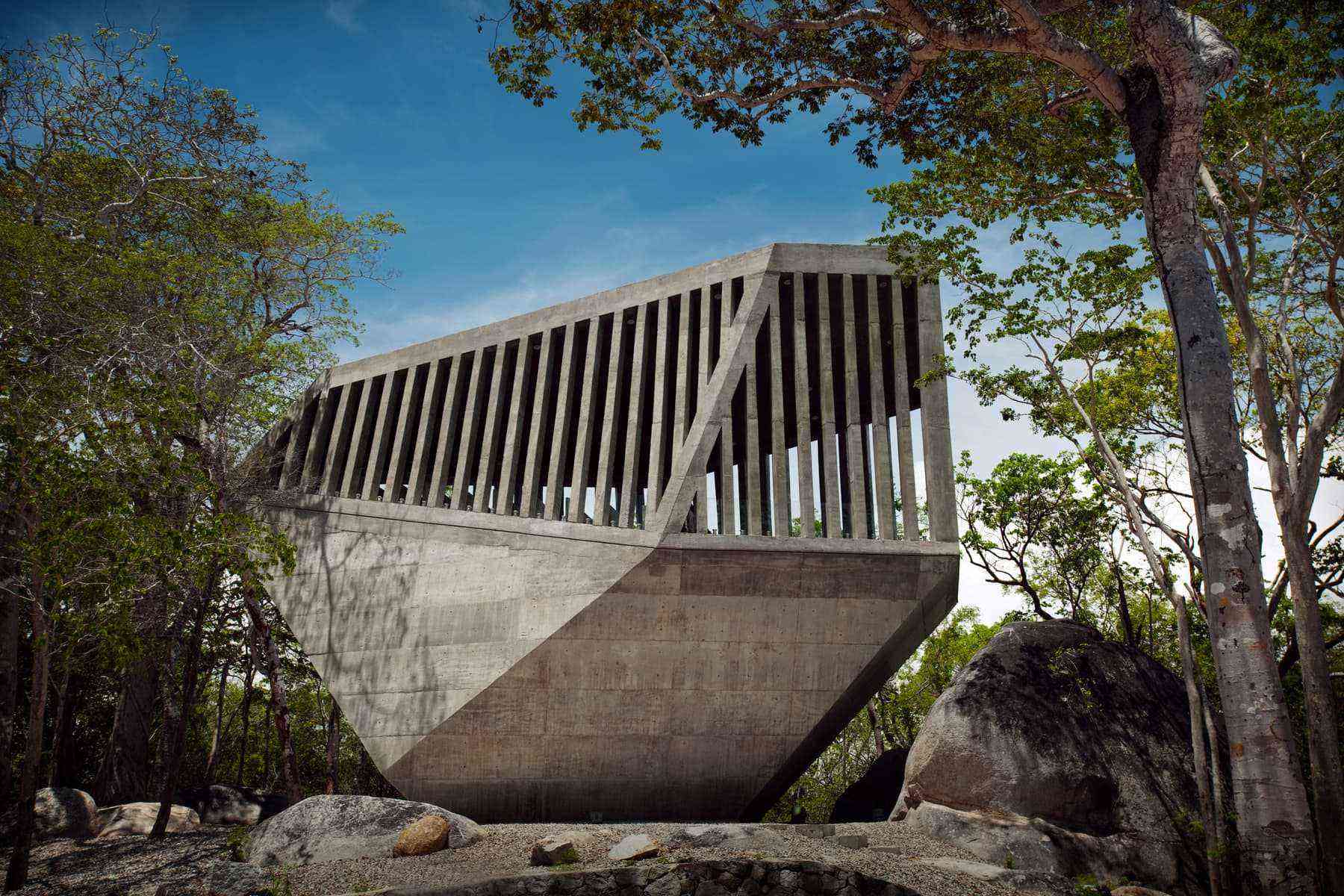 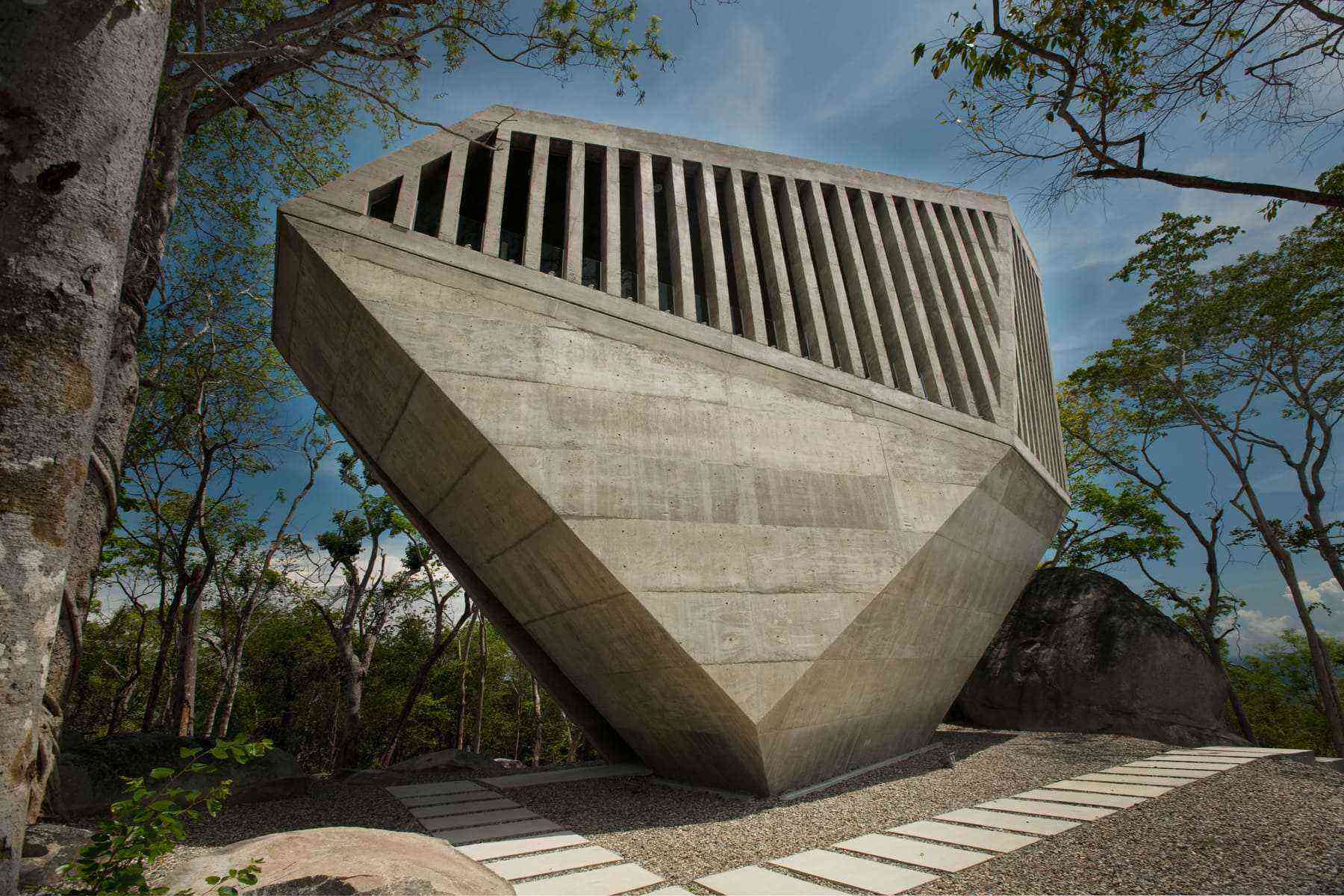