News Robin Catalano Horses Run Wild on This Puerto Rican Island⁠—but for How Much Longer?
NewsAround the World with Jeanne Baret: the First Woman to Circumnavigate the Globe

Around the World with Jeanne Baret: the First Woman to Circumnavigate the Globe

Editor’s Note: The true story of this remarkable female traveler is told in Glynis Ridley’s The Discovery of Jeanne Baret. Here are some of the highlights of Baret’s story and the wonders along the way. Re-tracing her journey, dates are given for each location, so you can see how long it took an 18th-century ship to complete the voyage under sail.

In 1766, Frenchwomen Jeanne Baret disguised herself as a man to join the first French circumnavigation of the globe. For two years, she worked on board as the assistant of the man who was her lover, the botanist Philibert Commerson. But Baret’s charade ended before the voyage was completed. When she eventually made it back to France in 1775, after experiencing loss and hardship, she was the first woman to have sailed the world. 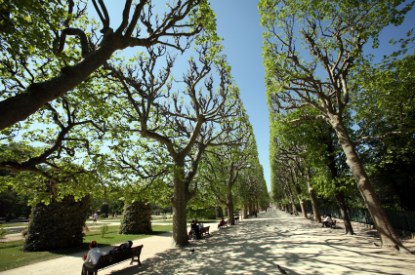 Jeanne Baret from September 1764–December 1766: Baret and Commerson lived on the rue des Boulangers (5ème). It is only a few minutes walk to the Jardin des Plantes which was the center of their activities.
For Modern Explorers: Enjoy strolling through these gardens, whose buildings comprise the Muséum national d’histoire naturelle, home to Baret’s and Commerson’s collections. For a true 18th century experience, have coffee in Le Procope in the rue de l’Ancienne Comédie (6ème), founded in 1686. Then check out the little-known Musée Nissim de Camondo (63, rue de Monceau, 8ème). The museum’s exquisite room settings allow you to step back into the 1700s.
See Fodor’s Paris Guide» 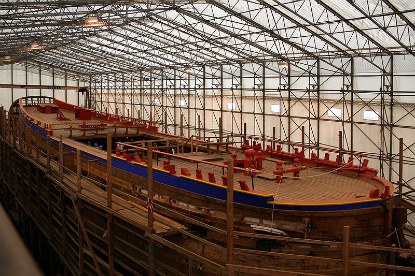 JB in December 1766: Baret first saw the ship that was to be her home for two years, l’Étoile, in Rochefort harbor.
For Modern Explorers: The complex of buildings that was the royal ropeworks—La Corderie Royale—now overlooks work on a modern lifesize reconstruction of the frigate Hermione that sailed from the port in 1780. She will be launched in 2012. Between the Hermione and the Musée de la Marine, it is impossible not to be intrigued by the age of sail.
See Fodor’s France Forum» 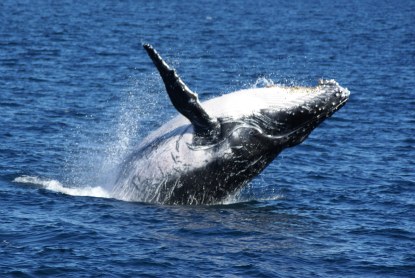 JB in July 1767: Sailing down the Atlantic coast of South America, expedition journals record encountering great numbers of whales.
For Modern Explorers: Today we know that these great mammals would have been moving to feed in the krill-rich waters of the largest coral reef formation in the South Atlantic—now designated the Abrolhos Marine National Park. The archipelago at the center of the Park lies off the coast of Brazil’s Bahia State and is easily accessible from Caravelas. Take the chance to see humpbacks and green turtles.
See Fodor’s Bahia Coast, Brazil Guide» 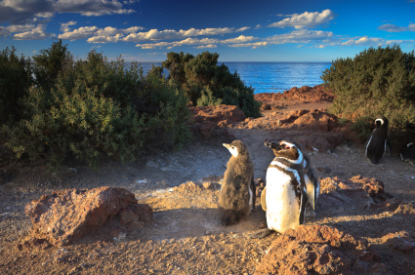 JB from December 1767–late January 1768: Baret would have seen huge colonies of birds and elephant seals along the shores of the strait.
For Modern Explorers: A similar experience can be captured by visiting the 500-acre Argentinean national park of Punta Tombo—a Patagonian peninsula that is home to the world’s greatest concentration of Magellanic penguins. Visitors can walk —carefully—among waddling outliers of the half-a-million strong huddle.
See Fodor’s Southern Chilean Patagonia Guide» 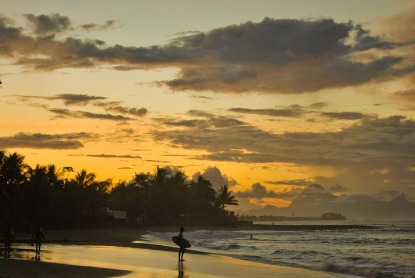 JB in April 1768: Expedition members could not believe their eyes when they landed on Tahiti.
For Modern Explorers: On the north of the island, Point Venus’s black volcanic beach has been a landing place for famous captains from James Cook to William Bligh. Artifacts from the Tahitian culture encountered by 18th century European explorers can be seen in the Museum of Tahiti and Her Islands in Punaauia.
See Fodor’s Tahiti Guide» 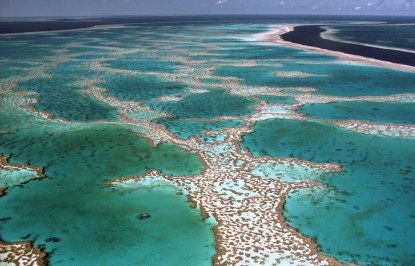 JB in June 1768: Baret’s ship ran up against the Great Barrier Reef.
For Modern Explorers: Go out over the reef, where 18th century captains dared not. Even a day’s excursion will show something of its range of 400 types of coral and 1500 species of fish. If you are lucky you may see a duogong or sea cow, which are among the rarest inhabitants of this UNESCO world heritage site.
See Fodor’s Queensland, Australia Guide» 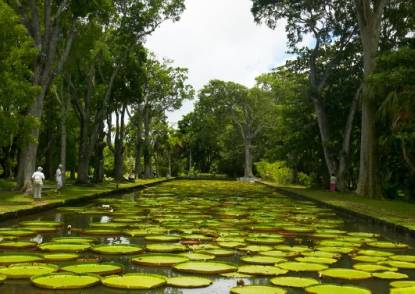 JB from November 1768–at least 1774: Baret arrived at Port Louis, Mauritius—location of the largest botanical garden in the French empire.
For Modern Explorers: What Baret knew as the Pamplemousses gardens is now the Sir Seewoosagur Ramgoolam Botanical Garden. Say hello to the presiding bust of Pierre Poivre, friend to Baret and Commerson, and plan an excursion to the Black River Gorges National Park to see some of the island’s undisturbed forest cover.
See Fodor’s Mauritius Forum»

JB in 1775: Jeanne Baret was able to leave Mauritius. When she finally set foot on French soil, she had been away for nine years.

About the Author: Glynis Ridley is a professor of English at the University of Louisville and a British citizen. Her previous book, Clara’s Grand Tour: Travels with a Rhinoceros in Eighteenth-Century Europe, won the Institute of Historical Research (University of London) Prize. Learn more about The Discovery of Jeanne Baret»