Beaches Kaila Yu Do You Enjoy Visiting Hawaii? You Should Pay a Fee
Home  >  News   >   Antonio Banderas on Iberostar Resorts and Looking Good Over 50

Antonio Banderas on Iberostar Resorts and Looking Good Over 50 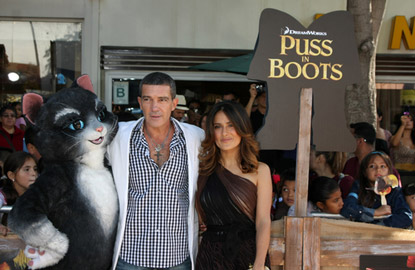 What has Antonio Banderas not done? He is a prolific actor, has a fragrance line, owns a winery, does voiceover for fierce cats and—as of two years ago—is the face of Iberostar resorts, a family-operated hotel-chain based out of Spain. Fodor’s met up with the charming (and let’s face it: drop-dead handsome) Spanish actor to briefly discuss his role with Iberostar, his love of Aspen, and reinventing himself.

Why did you choose to be the spokesperson for Iberostar?

In all my policies outside my professional life, I make choices with Spanish companies that have international exposure. It was something that has to do with human touch. My wife and I met with Iberostar and I decided to be part of the project. The company has respect for the environment. It’s a Spanish company that I feel proud to be a part of.

What are some of your favorite destinations to travel to?

I travel a lot. Vacation for me is difficult. I travel so much [for work] that, when I have time off, I love my sofa. But I love skiing in Aspen. I have a house there, and it’s actually a very cultural city.

Your performance in The Skin I Live In was one of your best. Do you think it was the material or acting in your native language that made it so good?

Basically, it was the material and the director. Pedro Almodovar is not a mainstream director, he likes to create new spaces and new universes. I knew I was going to confront hard work. You accumulate things while you travel through life and your profession and you have a backpack with all your tricks that you know work. Pedro Almodovar took all those things and threw them out the window on the first rehearsal day. He said I don’t want Antonio Banderas from the 80s, I want you now, and I want a new character from you.

Did he have you in mind specifically for this role?

Yes! He talked to me nine years ago.

Everyone’s saying that you and Madonna did not speak to each other at the premiere of The Skin I Live In.

I told her we’re both in our fifties and we both look great.

You’re right. You do. So what makes you guys look so good?

I can’t speak in the case of Madonna, but I practice sports and yoga practically every morning. I run. And I love skiing. I was just in Aspen. I gave myself 5 days vacation after two years of promotions. I hate gyms [laughing]. I think the perfect human was described by and done artistically by Romans and Greeks. I like to be healthy like that.

Are the rumors true that you’ll play Fidel Castro in Castro’s Daughter?

Its true they offered to me but it’s also true I have not made a decision.

Any chance of a Puss in Boots sequel?

The movie passed $510 million worldwide. It was nominated for an Oscar and Golden Globe. So. I think so. Yes.