New Orleans may be most famous for Mardi Gras, but it’s the city’s lively Jazz Fest that really trumpets the celebration of The Big Easy’s musical heritage. From April 27 through May 6, Jazz Fest will celebrate local culture—from music to food to art—as a list of musical legends jam under the Southern sun. Celebrating its 43rd anniversary with blues, zydeco, folk, Latin, rap, and jazz, this year’s line-up will take center stage on the Fair Grounds Race Course.

Festival-goers will encounter much more than just music inside the Fair Grounds. Creole cooking abounds in the two food villages, and whether you’re after Cajun jambalaya, crawfish Monica (a local version of mac and cheese), or Andouille gumbo. It’s all served on-site by loyal vendors who have been around since the festival’s humble beginnings in 1970. After you’ve had your fill, hit the Gospel Tent for some soul, or scope out local musicians at any of the eleven stages.

Read on for a roundup on where to see live music, chow down, and rest your head when not soaking up Jazz Fest on the Fair Grounds. 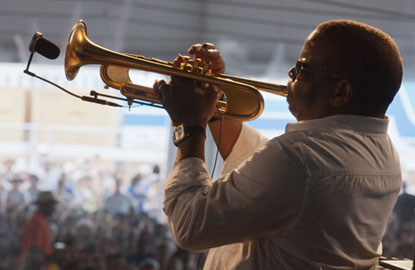 Where to See Live Music

Jazz Fest by night is equally rewarding. From sunset to nearly sunrise, the streets of New Orleans come alive with piano and saxophone riffs that float out the doorways of iconic venues like Blue Nile and Tipitina’s. Storied spots like Maple Leaf Bar and Howlin’ Wolf, which will host The Original Meters who’ll play together for the first time in 30 years, hold steady crowds captive with the infectious flavor of brass bands and bayou sounds. Map out your own nightly schedule using the "nearly world famous" Jazz Fest Grids. 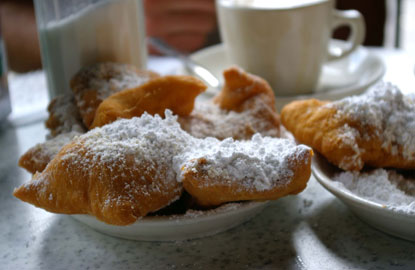 New Orleans is a foodie town, so after the music-fueled bender, there are plenty of spots to help cure the hangover. For a traditional Jazz brunch, hit beloved Commanders Palace, or if you’re feeling less formal, slurp on some oysters and Bloody Marys at Acme. The Garden District’s popular Camellia Grill just opened a French Quarter location at Chartres and Toulouse and has something for everyone, including club sandwiches and killer omelets. Domilise’s is ground zero for po’boys, while Port of Call serves one of the best burgers in the nation.

New Orleans’s Creole staples abound, though two especially stand out: On Oak Street, Jacques-Imo’s has a laid-back, funky vibe and churns out favorites like stuffed catfish and Cajun bouillabaisse, while Galatoire’s, housed in an award-winning, century-old formal dining room in the French Quarter, is a city institution.

Once you’re ready for something sweet, head to CafÃ© du Monde for their legendary beignets and a café au lait. 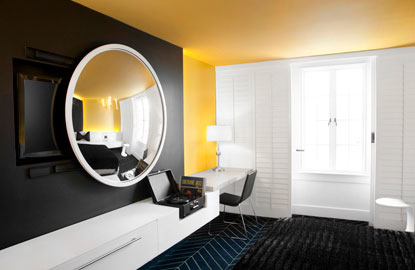 Advance single-day tickets to Jazz Fest are priced at $50 online, or $65 at the gate. Children’s tickets (ages 2–10) are $5, and only available at the entrance. For booking and more information, visit NOJazzFest.com.

Thinking of a trip to New Orleans?

For up-to-the-minute hotel and restaurant recommendations, plus the best planning advice, check out our New Orleans Travel Guide.