Coronavirus Apeksha Bhateja I’m Vaccinated, so Can I Travel? It's Complicated
Home  >  News   >   An Author’s Tour of Iceland

An Author’s Tour of Iceland

W.H. Auden once said that, "Few people take an interest in Iceland, but in those few the interest is passionate." Truer words were never spoken. Those who visit Iceland find themselves unexpectedly and often profoundly in love with the country, and writers in particular seem most affected by its sudden grip around the heart. It is a ghost-thick landscape, a keeper of secrets and stories, and a sanctuary for those born with a love of the written word.

Iceland’s relationship to literature is as unusual as the fields of lava—covered in moss, hissing steam—that lie, cooled and ragged in the south. While for centuries it was one of Europe’s poorest countries—an island plagued by seasons of hostile weather, bringing only starvation and deprivation—Iceland has always been a remarkably fertile place for literature. Ever since the composition of the renowned Sagas in the thirteenth and fourteenth centuries, Iceland’s national identity has been inextricably bound to reading and writing, resulting in almost universal literacy in even the darkest and impoverished of centuries.

What better way to experience Iceland then, than through its stories. 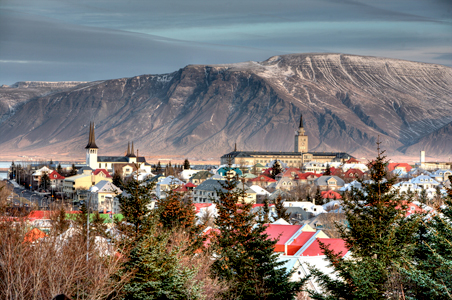 Begin in Reykjavik, the nation’s capital. Despite a population of little more than 200,000 people, Reykjavík sustains a thriving arts culture which includes a fiercely strong literary scene. Icelandic authors publish more books per capita than in any other country in the world, and in 2011 Reykjavík was dubbed a UNESCO City of Literature.

It would be amiss of anyone with a love of history to visit Iceland without learning more about the Sagas, the Edda, and the Islendingabok (Book of Icelanders). Some of these medieval manuscripts are on display to the public at the Culture House on Hverfisgata 15. The Arni Magnusson Institute for Icelandic Studies regularly holds exhibitions, and the National Museum offers a fantastic insight into times past, exhibiting over 2,000 artefacts from the Viking era to modern days. 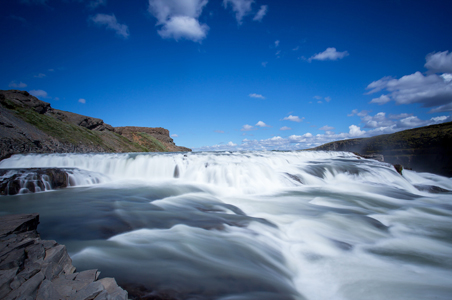 One of the best things about Reykjavik is its close proximity to some of Iceland’s natural wonders. Drive out to Gljufrasteinn, the home and workplace of Halldor Laxness (winner of the Nobel Prize for Literature in 1955). Watch a presentation dedicated to Laxness, followed by an afternoon wandering the neighboring countryside. Be sure to bring a pencil and notebook—this emotive landscape lends itself to poetry. Continue your journey and visit the ‘golden circle’, the 300 km route that incorporates the national park Thingvellir, the waterfall Gullfoss, and the geysirs of Haukadalur. Don’t be put off by the popularity of these sites—there is little of the plasticised gift-shop artificiality that befalls tourist-y landmarks in other countries. Instead, find a view, breathe out, and let the thundering mist of Gullfoss, or the chasms of ancient &Thorningvellir stir your blood. 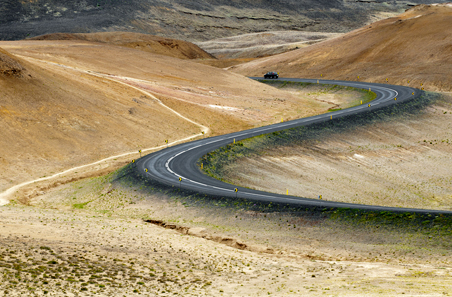 For those who would also seek the Sagas out of doors rather than in a library, set out on a longer journey via Iceland’s Ring Road, the main highway that circles the nation, and head for the mountains and sweeping valleys of the countryside, or the glaciers and rock of the raw interior. Sites of various Sagas are usually well marked, although it is worth checking before departing. Visit Reykholt, the residence of Saga-writer Snorri Sturluson (circa early 1200s). Bathe in Grettirslaug, the hot spring mentioned in Grettirsaga, then follow the nearby Sturlung Trail in Skagafjorour. Abandon your car and explore Iceland’s famous Brennu-Njals Saga on horseback with Riding Iceland. I defy anyone to not be moved by the ineffable beauty of the Icelandic landscape.

Before you leave, stop by Eymundsson’s bookstore back in Reykjavík to pick up translations of Iceland’s most awarded authors, including Halldor Laxness, Thor Vilhjalmsson, Einar Mar Gudmundsson, and Sjon. Buy as many books as possible, for—and I warn you—as soon as you depart, a fervent yearning to return will come upon you. Just as Auden found Iceland to be ‘holy ground’, you too may well find your mind and heart seeking pilgrimage to Iceland, and what better way to gratify this urge than by returning to its literature.

And since even authors get hungry, we suggest dipping into Tiu Dropar, a cosy below-street-level coffee shop offering free refills and traditional Icelandic fare such as pancakes and skyr. For creative types who prefer to "dance till the stars come down from the rafters," I recommend the bohemian vibe of Kaffibarinn on Bergstaoarstraeti 1, or Austur on Austurstraeti where the people are beautiful and the music is loud.

Photo credits: All photos via Dreamstime.com