News Ronny Maye Should You Cancel Your Vacation to an Area Impacted by a Natural Disaster?
NewsAmtrak Introduces E-Ticketing 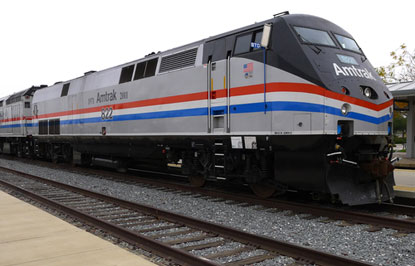 Amtrak announced this week that passengers who purchase tickets online will no longer have to print them at kiosks or have them sent in the mail. They can now display their electronic tickets on iPhones or other mobile devices.

You can book and pay for tickets online or with the Amtrak iPhone app, introduced earlier this year. Tickets are emailed as PDF attachments, which can be printed at home or via kiosk. Those who prefer to avoid long lines at crowded train stations can simply flash their smartphones. Amtrak conductors will use handheld devices to scan the QR codes embedded in passengers’ digital tickets.

Amtrak began testing e-ticketing in five regions, including northern California, before launching nationwide this week. "E-Tickets deliver the convenience and flexibility expected by passengers and its innovative technology is transforming other aspects of how Amtrak does business," President and CEO Joe Boardman announced.

Government-owned Amtrak has been slow to respond to the trend for e-ticketing. For years, airlines have been issuing electronic boarding passes that passengers could print out before heading to the airport or at digital kiosks, thereby avoiding the long line at the ticket counter—before getting in the long line at security.

Until now, Amtrak’s system of paper tickets that conductors punch or tear on the train has changed little since the 19th century. Passengers who regularly take the trains from popular hubs such as Penn Station in New York City, a zoo at rush hour, know how easy it is to miss a train if you don’t allow time for ticketing. And waiting days for an Amtrak ticket to arrive by snail mail feels almost medieval.

Train e-ticketing may soon become standard practice. The Metropolitan Transportation Authority in New York has begun testing smartphone ticketing on the Metro-North Railroad and the practice of scanning tickets by QR code is used in several European countries.