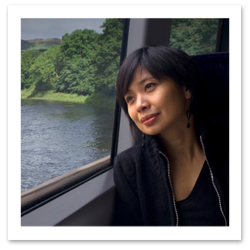 Ever-increasing delays, canceled flights, security snarls, and snarky customer service seem to be driving travelers out of the skies and onto the railways.

Ridership on Amtrak is up six percent so far this year — the largest increase in over 30 years. Some of Amtrak’s routes have seen even stronger numbers; in 2007 the NYC-DC shuttle’s sales have spiked more than 20 percent, which, as the Wall Street Journal cheerfully pointed out recently, amounts to enough passengers to fill 2,000 Boeing 757 jets.

The sudden surge of interest in train travel isn’t surprising, given the state of the airline industry. According to the Department of Transportation’s latest figures, U.S.-based airlines canceled 2.7% of all flights this past June (and those numbers are likely higher, since the Department of Transportation doesn’t factor in flights that are canceled more than seven days before departure). Complaints about mishandled baggage hover at close to eight per 1,000 passengers. And nearly a third of domestic flights on major U.S. airlines were late in June, the most dismal performance ever recorded since the on-time data began to be collected in 1995.

Amtrak’s trains don’t always run on time either, but travelers aren’t trapped on trains for hours without air conditioning, food, water, or clean bathrooms when there’s a scheduling problem. Passengers can also bring their own food and beverages on board, and don’t need to sort, label, and plastic-bag their toiletries, or submit to shoe searches, body frisks, and other time-consuming, headache-inducing humiliations. They can use their electronic gear throughout the journey, sit in comfy un-cramped cabins, and can show up a mere 30 minutes before their train is scheduled to depart.

These “perks” — things we used to take for granted when we traveled — make Amtrak an increasingly appealing option for both short hops and longer adventures. Here are a few of our favorite routes.

All fares based on a one-way ticket, 7-day advance booking

The Crescent: New York City to New Orleans. The train skirts the foothills of the Blue Ridge Mountains, traverses farmland and small southern towns, and then meanders through Louisiana’s bayou country. 30 Hours, $122 coach fare, $295 for a Viewliner Roomette, a private compartment with a picture window, two reclining seats that convert to a bed, upper berth, toilet (no in-room shower). Meals included in cost of Roomette fare. (Nonstop airfare for same route $219/Jet Blue) 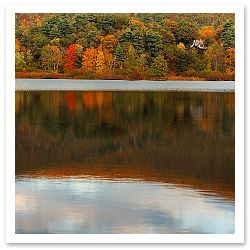 The Coast Starlight: Los Angeles to Seattle. Amtrak bills this as “one of the most beautiful of all train routes.” Coast Starlight passengers see mountains, dense forests, and long stretches of Pacific Ocean shoreline from the train’s windows. National Park Service guides are onboard for selected portions of the trip, so passengers can get historical and environmental information on the countryside they’re passing through. 35 hours, $143 coach fare, $405 in a Superliner Roomette. Meals included in Roomette fare.(Nonstop airfare for same route, $213/United)

The Vermonter: Washington, DC to St. Albans, VT: Perfect for fall foliage fans (you can board in NYC as well as DC). The train passes through New England’s beautiful countryside, across rivers and past postcard-perfect Yankee towns. 13 hours, $71, coach seat (Nonstop airfare for DC/Burlington, $359/United).

If you want to ride the rails in Canada, Via Rail Canada offers some unforgettably beautiful journeys, including these gems:

The Ocean — Halifax-Montréal
The Ocean train travels through the small villages on the south shore of the St. Lawrence River, through the mountainous Matapédia Valley and on to Nova Scotia. Book a ticket in the Easterly class (mid-June through mid-Oct only) and learn about the history and culture of Canada’s maritime province while you enjoy the scenery from the panoramic windows of the Park car. 21 hours, sleeper cabin with private washroom and all meals in Easterly Class, $925.28 CAD for two (about $915 U.S.).

The Canadian: Toronto — Vancouver
This transcontinental train journey brings travelers through the pretty lakelands of northern Ontario, the prairie provinces, the grand Canadian Rockies, and ends on the Pacific coast of British Columbia. Adventurous spirits can disembark anywhere they want between Sudbury Junction and Winnipeg, a service specially designed for outdoor enthusiasts who wish to wander around in the wilds. 30 hours, “Silver & Blue” class (sleeper) with meal for two passengers $2,994.50 CAD (about $2,952.28 U.S.).

Or check out great railroad journeys of the world.