This fall, think outside of the tailgate. These five conference favorites get top rankings from sports fans with both Heisman and Michelin on the brain. From an award-winning Michigan eatery feeding generations of Wolverines, to elevated Southern fare in Georgia, game-day gourmets have ample options. Here are five places to eat like a winner.

Home to the University of Oregon 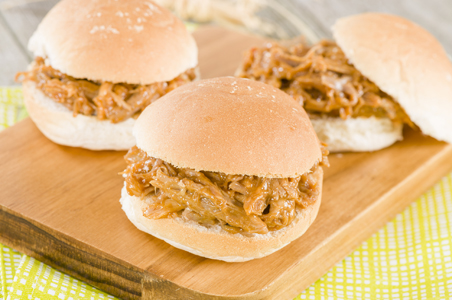 This season, Oregon Ducks fans have something to quack about. Their top-ranked offense has garnered them the number two spot behind Alabama’s formidable Crimson Tide, and their proximity to Oregon’s stellar natural bounty gives Eugene restaurants a decided home field advantage. Pair an all-natural pulled pork slider with Ninkasi draughts at rabidly popular food truck The Sandwich League, or go for the gold at popular newcomer Rye, where $6 classic cocktails like the sazerac and aviation complement seasonal fare, including chickpea croquettes with harissa-flecked hot sauce, and smoked rabbit ragu over fall vegetables. Best of all, Rye’s in-house chocolatier guarantees a sweet finish, plating decadent bites like a caramel made with Maker’s Mark-infused vanilla and organic dark chocolate.

Home to the University of Michigan 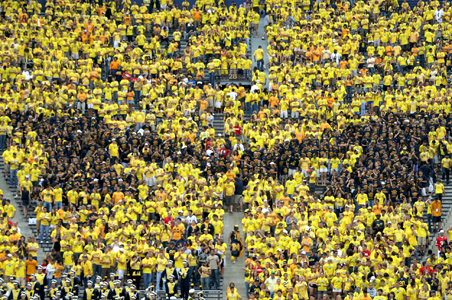 Less than a mile from the Big House, University of Michigan’s 109,000-seat stadium, is Zingerman’s Delicatessen, an epicurean outpost serving unstoppable Jewish-American fare like pastrami sandwiches with Brinery sauerkraut on fresh-baked breads, and hearty, house-made knishes with hot mustard. Founded in 1982, the deli has since spawned seven top-ranked, food-minded businesses in Ann Arbor, including a creamery that makes cheese and gelato with milk from small-scale, regional farmers, and Camp Bacon, a fundraising effort for local pig farmers and enthusiasts. And, for fans looking to drown their sorrows over recent losses, wholesaler Zingerman’s Bakehouse sells comforting carbs like sour cream coffee cake and crusty loaves of freshly baked rye bread at bakeries across Michigan.

Home to the University of Wisconsin-Madison 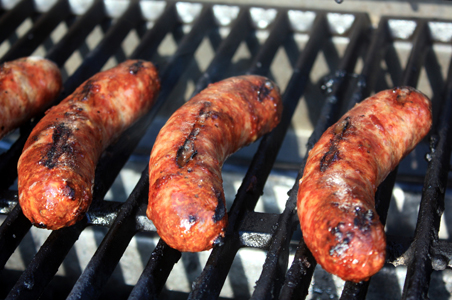 Home to a 117-year-old Big 10 football tradition, and nicknamed "the Berkeley of the Midwest" for its progressive politics, the University of Wisconsin in Madison defies quick classification. So, too, does its diverse food scene. Get your cheese curd fix alongside a signature red bratwurst at State Street Brats. Or toast the team’s success with a draught of local microbrew like Ale’s Asylum. If your tastes run more executive box than bleachers, visit Steenbock’s on Orchard, a farm-to-table restaurant just two blocks from Camp Randall stadium. The seasonal menu changes regularly, and the restaurant partners with small-scale local farms for dishes like duck breast on carrot-ginger puree with discs of seared, Wisconsin-raised foie gras.

Home to the University of Georgia 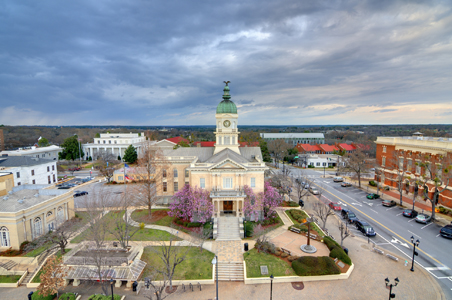 College football truly thrives in the south, and as part of the Southeastern Conference (arguably the league’s toughest conference), the University of Georgia has tons of dedicated fans who seek sustenance at Athens’ world-class eateries. Undergrad fans favor Cali-n-Tito’s, a BYOB hole-in-the-wall with solid Cuban eats. To celebrate a big win, hit the Five & Ten. Local chef Hugh Acheson, who you might recognize from his Top Chef judges’ table appearances, helms this New American restaurant, where the menu changes daily and includes southern-inflected dishes like boiled peanut hummus, prosciutto-wrapped monkfish, and the shrimp-and Andouille-filled Frogmore stew, a haute cuisine reinterpretation of a classic Low Country boil.

Home to the University of Alabama 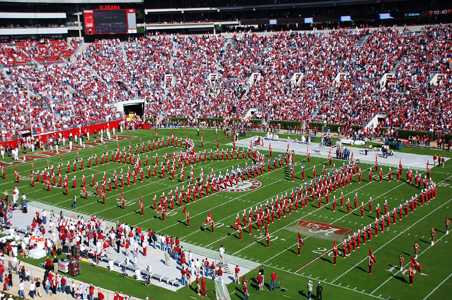 University of Alabama’s top-ranked Crimson Tide is more than a football team. It’s essentially a religion in this mid-sized southern city, where seventy-year-old women with red ribbons in their hair wish each other good luck on game day. Hardcore fans forego fine dining for home-style joints like Archibald & Woodrow’s BBQ, a Northport favorite for ribs and killer wings for nearly 50 years. Delve deeper into Tuscaloosan history at The Waysider, a casual spot serving up southern comfort in a red and white house that’s over a hundred years old. Beloved by generations of ‘Bama coaches, players and fans, The Waysider is covered in football memorabilia and serves breakfast-only all day on weekends. Don’t miss the signature buttermilk biscuits, baked to order and served with a choice of butter, honey, or four types of gravy.