What spring is to flowers and fall is to football, summer is to food. There’s no better time to eat (and drink) around the country than this time of year, festival season, when local parks and parking lots morph into nomadic culinary bazaars, live music fills the humid air, and high-school girls vie for regal titles like Watermelon Queen, Blueberry Princess, and Rocky Mountain Oyster Goddess. From the big-ticket (Los Angeles Food & Wine Festival, Lollapalooza) to the quaint (Gilroy Garlic Festival, Maine Lobster Festival), these are the festivals on our calendar this summer. 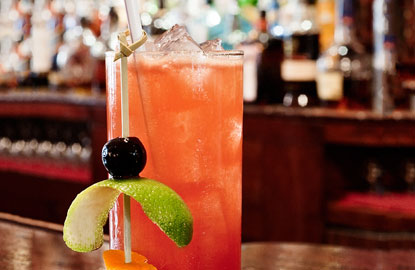 Why We Love It: Celebrating its tenth anniversary this summer, New Orleans’s five-day Tales of the Cocktail festival combines tequila tastings, classes on cold-distilling, contests, cocktail tours, gin aroma academies, and over 200 other events, all priced a la carte so attendees can cherry-pick their favorites.

Where to Stay: With the frenzied French Quarter a mere block away, Loft 523’s minimalist look, low-profile furniture, and Aveda bath products make it a sanctuary in the center of the city.

Insider Tip: Fancy yourself an avid at-home barkeep? Don’t miss the Bitters Market at the Octavia Bookstore, a pop-up featuring artisanal, unusual and hard-to-procure bitters from all around the world. 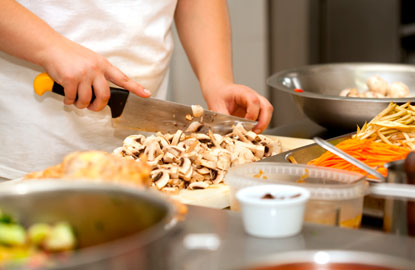 Where to Stay: Located at the far end of the Boardwalk, where the Atlantic City meets Absecon Inlet, Revel Resort and Casino may not be the closest to the action, but the sweeping water views from the hotel’s native-pine grove, floating 114 feet above sea level, are worth the extra distance.

Another Insider Tip: The Atlantic City Boardwalk fronts miles of free powdery beaches, but the sands can get thick with tourists and day-trippers. For sparser crowds, head to the neighboring towns of Ventnor and Margate; you can buy passes from the young girls who (intermittently) patrol the beaches checking for seasonal tags. 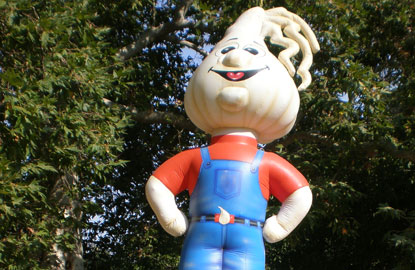 Where to Stay: Peacocks roam the grounds of the Peacock Inn in nearby Hollister, owned by dried fruit-and-nut emporium, Casa de Fruta. Sound weird? It is, but the rooms and clean and cheap and the inn operates a complimentary "Garlic Shuttle" for guests to and from the festival.

Insider Tip: Third-generation Sacremento Valley olive mill Lucero has teamed up with the festival to bottle an exclusive, limited-edition line of garlic-infused olive oils. Do not leave without one, or all four. 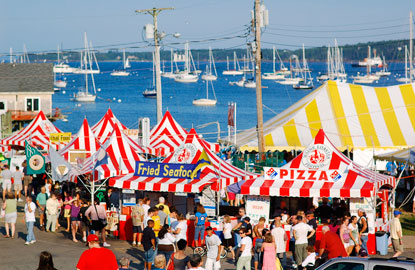 Why We Love It: A resplendent King Neptune and 2011’s Maine Sea Goddess (winner of this 65-year-old shellfish festival’s annual pageant) kick off five days of steamed lobster, buttered ears of corn, coleslaw, and cobbler in Rockland, two hours south of Portland on Penobscot Bay, at the Maine Lobster Festival. Beneath candy cane-striped tents, festival-goers will find everything from local pottery to boardwalk-style fudge, and of course, lots and lots of lobster—over 20,000 pounds if last year’s numbers are any indicator.

Where to Stay: Five minutes up the coast, Samoset Resort on the Ocean (one of the Festival’s sponsors) hugs the stony shore of cobalt Penobscot Bay. Splurge on the 1500-square-foot Flume Cottage, a private retreat perched on a rocky outcrop above the water.

Insider Tip: There’s a free shuttle bus every 30 minutes to the Festival from two local schools. Park there and catch it to avoid congestion by the grounds. 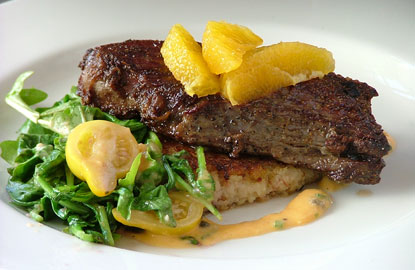 The Bite of Oregon

Why We Love It: With its fertile soil, serious craft beer scene, and entrenched community of sustainably minded chefs and artisans, it’s no wonder Portland, Oregon serves up one of the most memorable (and eco-conscious) food festivals every summer. That’s not even to mention The Bite of Oregon benefits Oregon Special Olympics. Districts like Portland Food Cart Cuisine, MIX Wine Pavilion and Oregon Craft Beer Gardens spread their legs along leafy Waterfront Park, offering tastes, snacks, and sips to over 50,000 hungry attendees. That’s a lot of sample spoons, but in 2011, the Bite was able to divert over 98% of waste from landfills. The goal at this year’s festival: zero-waste.

Where to Stay: Occupying a green knoll adjacent Waterfront Park, Kimptom’s RiverPlace Hotel is like the conservative older sister of the boutique-hotel brand’s newer, chicer properties. It may not have cache or design cred of the Ace, but the location is aces, and the harbor views from the Willamette-facing rooms are as expansive as they are serene.

Insider Tip: This year, the Bite is offering $5 admission at the gate, a 50% reduction on last year’s. Even better, Friday’s "Lunch Special" deal gets entrants from 11 am to 4 pm two-for-one admission. That’s two tickets for $5. 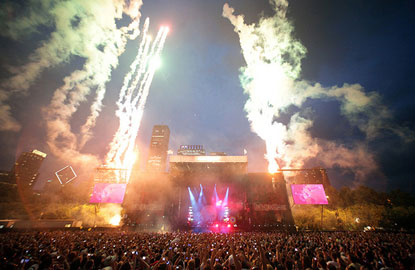 Why We Love It: You mean besides Avicii, the Black Keys, and the Red Hot Chili Peppers? Lollapalooza’s food, zoned in its own district, Chow Town, is hard to beat. Celeb chef and Chicago son Graham Elliot is in his third year as Lollapalooza’s culinary director; he hand-picks the vendors that will feed the expected 100,000 fans daily. Think Do-Rite donuts, Edzo’s burgers, Wow Bao pork buns, and more.

Where to Stay: Wanna do Lollapalooza in style? Book the James, which we love for its modern art, midcentury liquor cabinets, and sleek silhouette. The Magnificent Mile hotel is offering a travel package that includes three nights, two VIP tickets to the festival, posters, and T-shirts.

Insider Tip: Tickets are at a premium right now and sold out on Lollapalooza’s website. Try StubHub or consider one of the hotel packages. The InterContinental and JW Marriott still have availability. 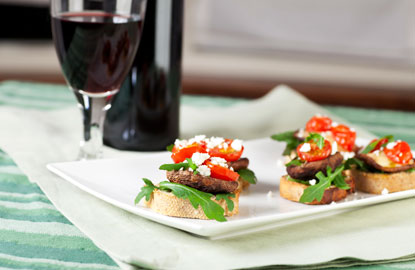 Why We Love It: The food celebrity factor is high, as you might expect in LA, at this four-day festival benefitting St. Vincent Meals on Wheels: Giada DeLaurentiis, Fabio Viviani, Wolfgang Puck, Scott Conant, the Brothers Voltaggio, and more megawatt chefs and personalities of the culinary world will be on hand. From affordable cooking demos (one with Richard Blais is only $50) to the mac-daddy $2000-a-head-Founders’ Dinner, the Los Angeles Food & Wine Festival feeds festival-goers right with events in Santa Monica, downtown, Beverly Hills, and Hollywood.

Where to Stay: Perhaps you’ve heard traffic in LA is a nightmare, so figure out what part of the city your favorite events are happening in and stay there: JW Marriott or Ritz Carlton for downtown events, Fairmont Miramar in Santa Monica, and Beverly Hills’ swank L’Ermitage all have specially negotiated rates for guests.

Insider Tip: Lexus is an official sponsor of the festival, and owners get a discount on tickets. Register your car online for the special swag.

Another Insider Tip: New restaurants open at a quick clip in LA, and one of the newest is Karen and Quinn Hatfield’s (they of Hatfield’s fame) cool cafe/bakery Sycamore Kitchen on LaBrea. Don’t miss the kouign amann, an elaborate, multi-layered pastry from Brittany. 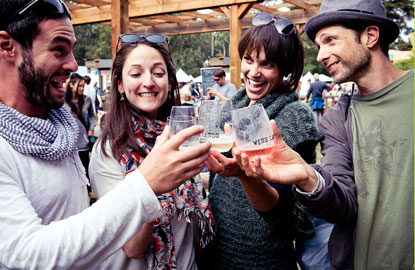 Why We Love It: San Francisco’s Outside Lands is a food festival masquerading as a music festival that sets up shop for three days in Golden Gate Park. Performances by Metallica, Skrillex, Foo Fighters, and even Stevie Wonder are all well and good, but they can’t compare for the gustatory bazaar that is Outside Land’s "A Taste of the Bay Area." Over 40 quirky, ethnic, and indie SF restaurants (Farmer Brown’s Little Skillet, Pica Pica, Noju) will be serving everything from fried chicken and heirloom watermelon slices to arepas and tonkatsu sandwiches.

Where to Stay: The tower Hotel Vertigo now occupies was the set of the Hitchcock thriller of the same name. Today, there’s nothing dizzying about the room’s cool Creamsicle color schemes, patent-leather armchairs, big windows, and price (less than $200 a night), often a bone of contention in expensive San Francisco.

Another Insider Tip: Much like at hotels of certain esteem, privacy-seekers can rent cabanas. It’s a solid deal, with each 450-square-foot reserved tent accompanied by free beer and wine, private entrance, onsite massage therapists, 20 VIP tickets for each day of the festival, and more. 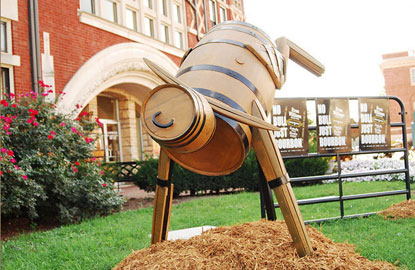 Why We Love It: The fine folks of Bardstown have been crafting Bourbon in the rolling Kentucky countryside since 1776, a history commemorated over six days in September at the Kentucky Bourbon Festival. Learn how oak barrels are made, scope a whiskey museum, tour distilleries, sample Bourbon-spiked cuisine at live demos, and more.

Where to Stay: Motel efficiencies and generic chains dominate the Bardstown hotel scene. For anything more elaborate, hightail it up to "big"-city Louisville and book a room at 21C, a 90-room boutique and contemporary art museum in one.

Insider Tip: The Great Kentucky Bourbon Tasting & Gala is the Festival’s crown jewel. The $140-a-head ticket is worth it for the toast alone, made with a bottle of 1792 Ridgemont Reserve. 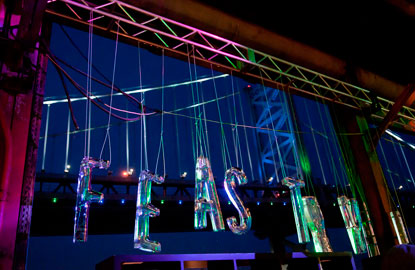 Why We Love It: Fond, Tashan, Le Virtu, and over 80 more of Philly’s hottest restaurants invade Pier 8 on the Delaware River for Feastival, a bacchanalia benefitting the Live Arts Festival and Philly Fringe, a coalition dedicated to development and presentation of contemporary local art. Expect tastings from each eatery, enough booze to outfit an ocean liner, live performance art, and deadpan commentary from co-host Michael Solomonov, chef/owner of acclaimed modern Israeli restaurant (and Feastival participant), Zahav.

Where to Stay: The tall, Art Deco-inspired Hyatt Recency at Penn’s Landing is a five minute stroll along the river to the festival. After eating and drinking for three hours straight, you’ll be grateful for their quiet rooms, signature beds, and serene water views.