Hotel restaurants have always been a treat, but in the last decade or so, they’ve become destinations in themselves. It’s not unlikely to find a celebrity chef in the kitchen, like Wolfgang Puck at Hotel Bel Air or Gordon Ramsey at The London, while some hotel restaurants are just plan great, generating hype without a household name at the stove, like Blue Duck Tavern at Park Hyatt Washington DC or Veladora at Rancho Valencia.

But in the last year alone, a number of hotel restaurants have sprung up that caught our (and everyone’s) attention—whether helmed by a celeb-chef or thriving on good ol’ word of mouth. Here are the best new hotel eateries to try now. 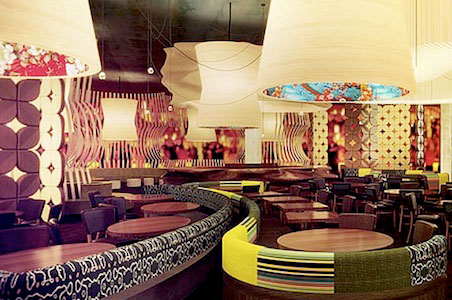 Nobu may already have a restaurant in Las Vegas at Hard Rock but all attention is on the Nobu Hotel inside Caesar’s Palace. Opened in February by partners Robert DeNiro and chef Nobu Matsuhisa, Nobu Hotel features the largest Nobu restaurant in the world at 12,000 square feet. Nobu aficionados can expect several teppanyaki tables, sushi bar, and a private dinging area, in addition to a lounge and bar. Oh, and expect those high-brow, fashionable diners you find at other Nobu locations. There are 327 seats but, considering the buzz, we recommend reservations.

Dish to Try: It’s hard to decide but we say go for the multi-course omakase. Chef’s Daily Creations, $175 per person. 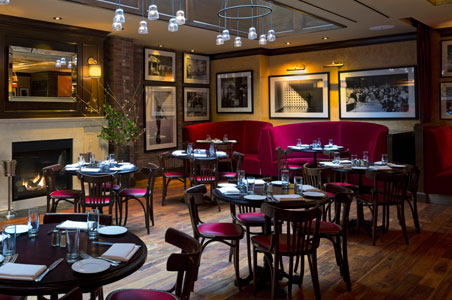 It’s not every day that a World Cup-winning soccer star opens a restaurant, but Youri Djorkaeff (formerly on the French national team) has partnered with restaurateur Frederick Lesort to open Grape & Vine inside the 113-room boutique Jade Hotel. The Jade is Greenwich Village’s new charmer and its restaurant, Grape & Vine, is destined to become a neighborhood haunt. There’s a "speakeasy" style here: the restaurant is tucked away past the lobby. No passcode is necessary but reservations are recommended. 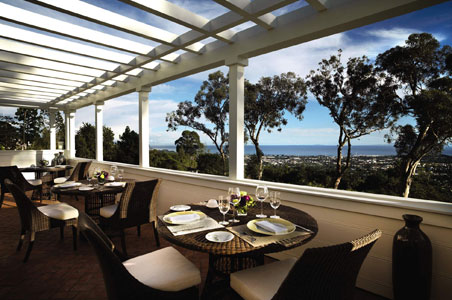 One of the most anticipated hotel openings this year is El Encanto, an Orient-Express hotel, which opened doors last week in Santa Barbara after 7 years of being closed for renovations. Chef Patrice Martineau oversees a "California Coastal" culinary experience with produce plucked from the hotel’s Chef’s Garden. But he’s not the only one at work here. El Encanto has its own Holstein cow named Ellie, who makes cheese exclusively for the hotel. Also on the menu? El Encanto branded freshly roasted coffee, wine, and home-brewed unpasteurized beer. 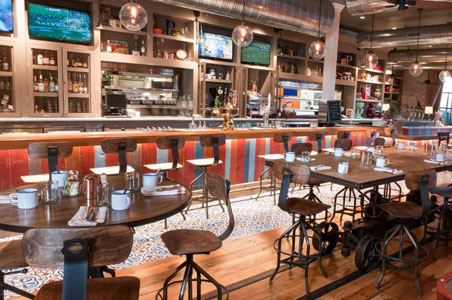 Proof at Four Seasons Troon North in Scottsdale, opened last December, has been making waves as a casual and lively restaurant under a clear and starry sky. The American Canteen serves up home-style comfort fare, inspired by executive sous chef Jesse Hansen’s road trips throughout our nation. Mostly all dishes are American nostalgic like double-cut pork chops, bite-size pretzel bread with Vermont cheddar cheese, and that meatloaf that probably puts your mom’s to shame. 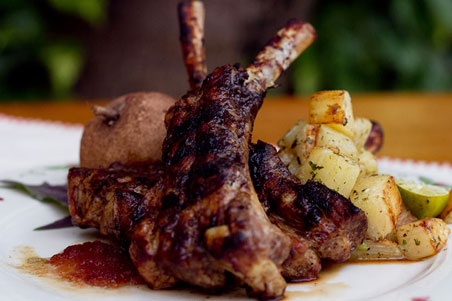 Trendsetters are making a beeline to this new stylish hotel in South Beach, and Miami denizens adore the fact that the chef of The James Royal Palm’s signature restaurant, Florida Cookery, is a South Florida native. Kris Wessel, formerly of Red Light Little River, cooks up stellar dishes that are a tribute to authentic regional cuisine (a mix of Latin American, Caribbean, and Southern American flavors) like "Old recipe conch chowder and fritter dipper" and oxtail, oyster, and alligator empanada.

Dish to try: Lime grilled chicken with avocado, provolone, and greens on focaccia, $14

If you want to dance after you tuck into some delicious Cantonese chicken, this is the place. Opening this April, the much anticipated Hakkasan at MGM Grand promises to elevate the dining experience with its all-encompassing nightlife experience. Come for dinner, stay to party. Michelin-starred chef Ho Chee Boon brings his innovative flair to Las Vegas, where nightlife talent (in-house DJs will include Steve Aoki, Tiesto, and Calvin Harris) will blend with top-notch cuisine. Expect sleek interiors in the five-level space, thanks to leading design firms Gilles & Boissier and 212 Design.

Dish to Try: Sweet and sour pork tenderloin with pomegranate is a favorite, $24.