Coronavirus David Silverberg Are Your Kids Heading Back to Summer Camp? Here's What You Need to Know
Home  >  News   >   American’s Best Local Treats: The South

No matter where you go across the country, you’re sure to find a new-to-you local delicacy or comfort food. This four part series includes favorite dishes enjoyed and discovered by the writers and editors of Fodor’s Essential USA.

If you ever find yourself in New Orleans, Kentucky, Tennessee, or the Ozarks, be sure to seek out these unique southern meals. 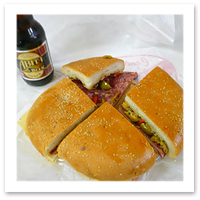 Muffuletta Sandwich. While the origins of the muffuletta sandwich are debatable, there’s no doubt about the durability of this gut-busting sandwich. Locals and visitors
alike queue up at Central Grocery for whole- or half-muffulettas, Italian bread loaves stuffed with ham, salami, provolone, and a layer of olive salad.

Red Beans and Rice. You can get a plate of red beans and rice most any day, but it’s traditionally served on Monday (and still shows up as the Monday special on many café menus). Legend has it that Monday was set aside for laundry, so home cooks needed something they could throw in a pot and forget about while they went about the laborious task of washing.

Po’boys. The po’boy—sliced meat, fried seafood, or even fried potatoes crammed into a loaf of French bread and slathered in mayonnaise or gravy—is another must-try for visitors, who throng to Mother’s and Johnny’s at lunchtime.

Crawfish. Crawfish are another regional specialty. The little crustaceans turn up in elegant Creole dishes such as etouffe and bisque, but are best served boiled with potatoes, onions, and incendiary spices. During peak season, from late January through June, boiled crawfish turn up on many menus—even in bars, where you’re likely to find a big portable cauldron set up on the sidewalk.

Beignets and Pralines. For sweets, it’s hard to beat the beignets at Café du Monde, where the fried French-style “doughnuts” come dusted in powdered sugar and accompanied by chicory-laced café au lait. And then there’s the praline, traditionally a wafer of sugar, butter, cream, and pecans, now available in nontraditional flavors such as chocolate, coconut, peanut butter, and rum. They’re available in shops all over the French Quarter, some of which offer a view of the candy chef in action. 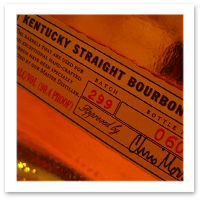 Bourbon. Bourbon is definitely the state beverage. Locals drink it before dinner with a splash of water (“bourbon and branch”), or in cocktails such as the Old Fashioned (invented in Louisville in the 19th century) or the Manhattan. Favorite brands are Woodford Reserve, Maker’s Mark, and Buffalo Trace. After dinner, high-proof bourbons with multiple layers of flavors are savored in snifters. Pappy Van Winkle, Wild Turkey Russell’s Reserve, and Booker’s are among the best; a drop or two of water releases their complex bouquets.

By the way, you can be instantly marked as a “foreigner” if you go into a bar or restaurant and order a mint julep—outside of Derby weekend, no one touches the drink. Kentuckians know not to ruin good bourbon with mint-infused sugar syrup and too much crushed ice. In fact, all the juleps served at Churchill Downs are made with Early Times, which is technically not “bourbon” but “Kentucky whiskey” since it’s aged in used oak barrels.

Catfish. Ozarks culinary mainstays are barbecue and catfish. The catfish is almost always served deep-fried, although it can be found broiled in some restaurants. The boneless filets come heaped high on the plate—often as part of an all-you-can-eat selection—and can be eaten without utensils. High-fat, high-calorie side dishes generally include coleslaw, hush puppies, and french fries (If you don’t like deep-fried foods, dining in the Ozarks is going to be a bit of a challenge.) More exotic side dishes include fried okra, a green vegetable with a unique flavor hidden inside its crunchy shell.

Barbecue. Ozarkers are passionate about their barbecue, and the region lies smack in the middle of the revered barbecue axis of Texas/Kansas City/Memphis. The sweet, smoky smell of a barbecue smoker—a black or silver kettle that often juts out the side or back of the restaurant, usually next to a woodpile used to feed the fire—is a sign that you’ve found a serious barbecue place. While ribs can certainly be found in most joints, true aficionados go for the pulled pork—meat that is smoked, sometimes for hours, then shredded. Sauces range from the mildly spicy to the blisteringly hot—be sure to ask about the heat when placing an order. 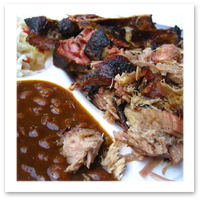 “Wet” or “Dry” Barbecue. Everyone knows you can find good barbecue in Tennessee, but you’ll have to decide whether youâ€™re a “wet” or “dry” fan. Wet (heavy on thick sauce) is good, but try a rack of ribs dry-rubbed with spice (“dry” is a bit of a misnomer, as sauce is involved) and you may just switch sides. Corky’s does both. Visit them in Memphis.

Meat-and-three. One staple of Tennessee cuisine is the “meat-and-three,” or meat and three vegetables. This being the South, “vegetables” can mean anything from turnip greens, squash, and black-eyed peas to macaroni-and-cheese. Order a piece of cornbread (sweet or nonsweet) or a biscuit on the side. And to drink? You can’t get more down-home than a tall glass of iced tea, sweet tea, of course. You can sample this cuisine all over Tennessee; in Nashville try Sylvan Park or Swett’s (2725 Clifton Ave., 615/329-4418), for a soul food version. In Memphis grab a table at the Four-Way or stop by Alcenia’s.