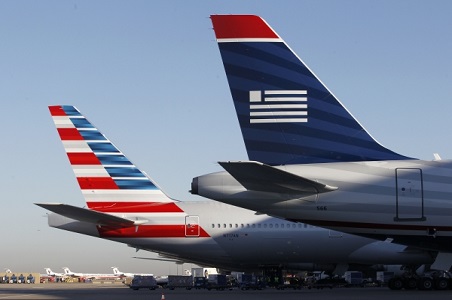 And then there were four. American Airlines and US Airways formally completed their merger this morning, shrinking the competitive landscape in the US aviation market by one, leaving four major players to carry the bulk of airline passengers around the country. The new American—along with Delta, United, and Southwest—are now responsible for more than three quarters of domestic passenger travel.

So, what does this mean for consumers? Not much, at least for the next month or so. The first few weeks of operation as a merged carrier should be relatively uneventful. The two operations are still independent and will remain so for some time yet. Projections for a fully integrated operation range between 18 to 24 months, though the accuracy for even those estimates remains to be seen. There will be many smaller integration points along the way, of course, but the merger process is not a quick one.

In the first week of January 2014, codeshare operations between the two airline halves will commence. Every flight operated by American will carry a US Airways code and vice versa. This will allow passengers more flight options and easier booking of travel across both carriers during the transition period.

The new American expects to have reciprocity and integration of the AAdvantage and Dividend Miles loyalty programs starting in early 2014. Passengers will be able to earn and redeem miles for travel on both carriers and their partners. Customers with elite states in either program will also begin to see recognition of that status on the "other" half early next year. The US Airways division of the new American will join the oneworld global alliance in March 2014, switching over from Star Alliance, though it will keep some of its Star Alliance partners for a period of time after the formal changeover.

So, while the merger is officially complete now, the work is just beginning. There will be many changes ahead, both for employees and for customers. Fortunately, we all have a few weeks to get past the holiday season before the real transformation starts to play out.