With more than 200 new narrow-body aircraft on order, American Airlines had the opportunity to make a big move in terms of aircraft interior configurations and passenger experiences on board. The airline announced their move today, with plans to be at the front of the pack in many ways, though it will take some time to get there; the new transcontinental-configured aircraft are due in to the American fleet from late 2013, with deliveries through 2014.

All seats will have power—both 110V and USB—as well as in-seat entertainment systems. The planes will also have in-flight internet connectivity. No real surprises there; the carrier is mostly keeping pace with this move. The real surprise comes in the dedicated A321 fleet for transcon service, replacing the 767s currently flying those routes.

That there is a dedicated transcon fleet makes sense. United Airlines has a similar approach, and Delta uses international configured 757s. The surprise is that American is going to keep a first class cabin on these planes. Even while pulling first class seats out of most of their long-haul aircraft, they’re installing them fresh in the A321s running the transcons. American will be the only airline offering a 3-cabin product in the transcon market when this move takes place. In an industry trending towards removal of a first class cabin in most markets and on most aircraft, American is bucking the trend, deploying a new first class product in this market. 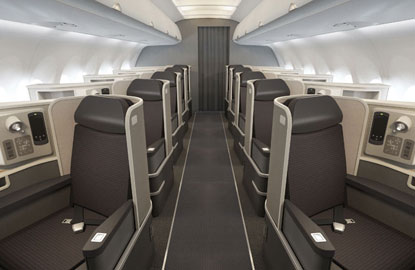 The new AA transcon first class cabin will be spacious, filling the forward zone on the A321 with 10 seats in a 1-1 configuration. The 10 seats match the number currently in service on the 767s. 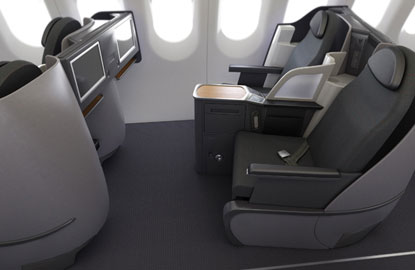 The business class cabin will be smaller than it is today, with only 20 seats in a 2-2 configuration rather than 30 seats available today. These seats are pretty much the same as the ones United will be putting on their 757s plying the same route. It won’t be hard for American to market their offering as noting that the best United can offer is a product they consider mid-tier. 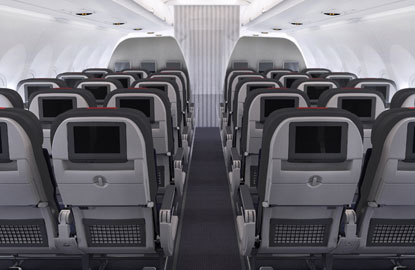 And, all the way at the back, the American A321s will have 12 rows of seats in a 3-3 layout for economy class passengers. The section will be split between Main Cabin Extra and regular economy. Half of the seats will have the extra legroom and the other half will not.

With only 102 seats in the new configuration versus 168 on the planes there will be a significant drop in capacity in these markets unless additional frequencies are added. This could result in prices increasing as inventory is pressured when the new aircraft are deployed.

The new product will be a step up in many ways for passengers just as soon as it is deployed into the fleet.