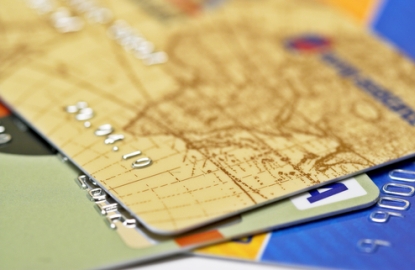 American Airlines AAdvantage and Marriott Rewards received the ultimate seal of approval from frequent travelers last week. Both were big winners at the annual Freddie Awards, the Oscars of the travel industry, where frequent travelers vote on the best rewards and loyalty programs. The Freddie Awards ceremony returned after a two-year hiatus, in yet another sign that travel really is picking up again.

American Airlines swept the awards for frequent flier programs, despite filing for Chapter 11 bankruptcy in November. AAdvantage won for "Program of the Year," as well as Best Elite Program, Best Customer Service in the Americas, and Best Miles Redemption. After 30 years in the business, American Airlines is known among frequent fliers for having the most award seat availability on domestic flights and some of the most generous international award redemptions.

AAdvantage was also honored for catering to elite members. Top-tier elites—those known as Executive Platinum, who fly 100,000 miles a year or more&mdash:get international upgrades from any fare, something no other airline offers, as well as star treatment (free snacks and drinks) even when they get stuck in economy class. American is also known among elite-level fliers as the best airline for seat upgrades in general.

As expected, Marriott Rewards was voted best hotel program of the year, winning awards for Best Elite Program and Best Customer Service in the Americas. Marriott’s loyalty program has taken top honors at the Freddies for five consecutive years, and 13 times total. Its loyal customers obviously rate its customer service and treatment as top-rate and unusually consistent.

Marriott Rewards members also appreciated the bonus points they receive for every stay, as well as room upgrades, free wifi and breakfast, and exclusive offers. As one frequent guest said, "They made me feel special."

Choice, Starwood, Wyndham, Hyatt, and Hilton also got top marks for their American-based loyalty programs, and Choice, Starwood, and Wyndham scored well on customer service in the Americas.

Starwood Preferred Guest program was the clear winner for the Europe-based hotels, taking top awards for best hotel loyalty program and best customer service in Europe and Africa. Even the lowest-level elite Starwood members get an additional 50 percent earning bonus. It probably didn’t hurt that Starwood announced a slew of new loyalty perks just before customers voted on the Freddies. Starwood and Hyatt both award suite upgrades to top-tier elites, something no other major hotel chain offers. Loyalty programs for Marriott, Hyatt and Hilton also did well in Europe. Marriott, IHG, and Hyatt got top marks for customer service there.