News Apeksha Bhateja India Is Experiencing a Brutal Heatwave. Here's Why It Matters to You
Home  >  News   >   Algonquin Hotel Closing for Renovation

The New York hotel best known for its history as the haunt of famous writers in the 1920s will close for three months beginning on the first of the year. 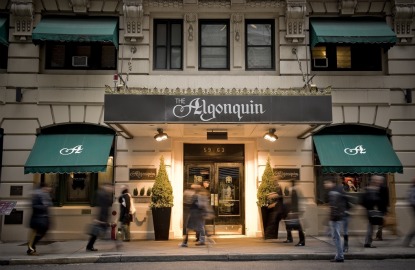 The entire hotel will undergo construction as part of a major renovation, including an update of its guest bathrooms, from Jan. 1 to April 30 2012. The landmark, located in midtown Manhattan, had a $4.5 million face lift about four years ago that updated the lobby and 174 guestrooms, but even with the improvements the Algonquin was still in need of a major overhaul.

The Algonquin was where Dorothy Park, Gertrude Stein, John Barrymore and others—who dubbed themselves "The Vicious Circle"—were members of what became known as the Algonquin Round Table, a gathering of the most well-known writers in New York City in the 1920s.[USA Today]