News Apeksha Bhateja What Are the Chances You'll Get Monkeypox at a Hotel?
NewsAlexander McCall Smith on Writing in Botswana and the Caribbean

Alexander McCall Smith on Writing in Botswana and the Caribbean

Oh, what we wouldn’t do to spend a day in the life of author Alexander McCall Smith. You’ll recognize that name as the one on the cover of all those No. 1 Ladies Detective Agency books you read, or perhaps from his series 44 Scotland Street. He’s a Scottish writer who was born in what is now Zimbabwe, he lived in Botswana, and says he now spends Januarys in the Cayman Islands. What’s more, his characters (like Mma Ramotswe from No. 1 Ladies Detective Agency) stay with you long after you’ve finished the last page of the book. Maybe it’s because of how inspired he is by a place and its people, having spent ample time in Botswana researching, exploring, and talking to everyone. Like we said…what we wouldn’t give to go explore Botswana with McCall Smith as our guide.

Catching up with him to ask a few questions about how and where he researches, his favorite and unexpected discoveries, and what’s on the docket, has to be good enough for now. 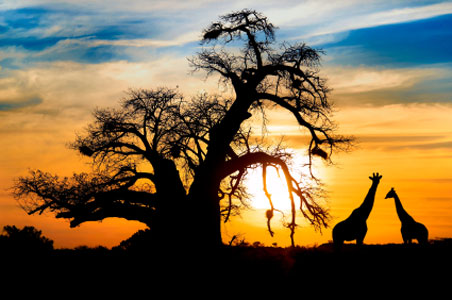 What made you want to set No. 1 Ladies’ Detective Agency in Botswana?

I had lived there and had discovered what an extraordinarily interesting country it was. I wanted to say something about a place that I realized was very unusual and very special.

We love that Mma Ramotswe’s work takes her to all types of places. How did you research her adventures?

I did not do organized research; rather, I used the experiences I had over the years of various parts and aspects of the country. I think that living is sometimes a better source of inspiration and material than research!

What was your most unexpected discovery while researching and writing the series?

Well, in the light of my answer above, I would say that the discoveries I made were those that sprang from my ordinary life there. The thing that impressed me most was the character of the people – their decency and their sense of being anchored in a country and a culture.

If you were to start another Ladies Detective Agency, where would it be?

I’d rather like to set one in a Caribbean country—say, on a small island. I would have to live there, though, before I started to write and so, alas, this is unlikely to happen. 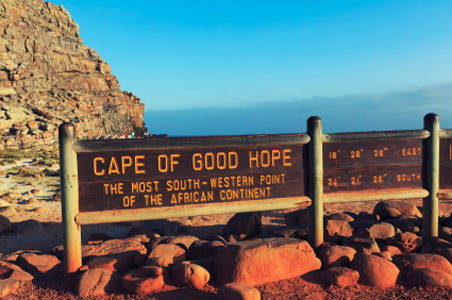 Where would you send a first-time traveler to southern Africa?

I would send them out into the small villages [in Botswana] to get some feel of the country. They can do that up in the northern part of the country as much as in the south, but the North is probably more striking, more dramatic. I would also recommend a visit to Swaziland, South Africa, and Lesotho. The mountains of Lesotho are very beautiful, as is the Cape of Good Hope in South Africa.

What’s a typical writing day for you? And where do you write?

I often write in the very early hours of the day—usually at four or five in the morning. I very much appreciate opportunities to get away and write. I always travel somewhere in January and February to get undisturbed writing time. I often spend January in the Cayman Islands, where I get a great deal of writing done. Many of the Mma Ramotswe books have been written, in part at least, in Vancouver. I also write at a retreat we have in Scotland—a house in a remote part of the Western Highlands.

What are you working on now?

At present I am writing two books. One is volume nine of the Scotland Street series, set in Edinburgh. The other is a standalone novel that starts in the Caymans, moves to Scotland, then to Australia, and finally to Singapore. I have set a number of short stories in Australia and my new novel, Trains and Lovers, (published in the UK, Nov 2012, and to be published in US June 2013) is set there as well as in the USA and the UK.

Alexander McCall Smith is the author of the beloved bestselling No. 1 Ladies’ Detective Agency series, the Isabel Dalhousie series, the Portuguese Irregular Verbs series, the 44 Scotland Street series, and the Corduroy Mansions series. He is also the author of numerous children’s books. He is professor emeritus of medical law at the University of Edinburgh and has served with many national and international organizations concerned with bioethics. He was born in what is now known as Zimbabwe and taught law at the University of Botswana. He lives in Scotland.