News Larry Bleiberg You Can Finally Look Inside This Stunning D.C. Landmark. But Only for Another 25 Days
Home  >  News   >   Alexander Lobrano’s Favorite Paris Restaurants 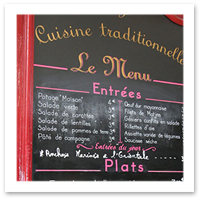 Writing about food for a living sounds like fun, but only if you’re living in a city where people are intensely passionate about the culinary arts. Alexander Lobrano, European correspondent for Gourmet magazine, lives in Paris, where people are almost as passionate about good food as they are about God. In fact, Lobrano is so enamored of French cuisine that he’s written a guide to Paris’ top restaurants, Hungry for Paris: The Ultimate Guide to the City’s 102 Best Restaurants. Fodor’s recently chatted with Lobrano about the book, which is by turns authoritative, thoroughly accessible, and delightfully witty.

Why did you write Hungry for Paris?

AL: I wanted to create a book that I would like to find myself if I were coming to Paris. I didn’t want a book with a thousand restaurant reviews — I wouldn’t know which one to go to. I wanted something that is companionable and reliable and informative about the city and the character of the restaurants themselves.

Your book is disarmingly funny. We don’t often expect that from a food critic.

AL: There is a tendency these days among some professional food writers to be a little too serious about a subject that is by definition joyous and even a little silly.

You write that Paris made dining fashionable. Is Paris still leading the way?

AL: Paris and French cooking are very misunderstood in the world today. The world is impatient with subtlety and refinement, which is the real basis of French cooking. From that point of view, a lot of the showier things going in countries like Spain are studied and toned down in France. The French remodel trends in hugely useful ways and put them into a very traditional human framework, and that’s important because I don’t need to have explosions in my mouth every time I go out for a meal.

What neighborhood in Paris is best for haute cuisine?

AL: There are almost no freestanding, independently owned haute-cuisine restaurants left in Paris. This is the province of extremely well-banked hotels, and right now in Paris the eighth arrondissement is the Fort Knox of French haute cuisine. Most of these restaurants are all under the wing of luxury hotels around the Champs Élysées and the Madeleine. 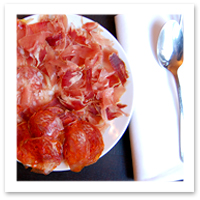 Do you have a favorite restaurant in Paris right now?

AL: I could give you a different answer to that question every day. On this cold, rainy March day the answer is Garnier (11 rue Saint-Lazare), a wonderful seafood brasserie in front of the Gare Saint-Lazaire. I would order oysters and grilled sole. The most interesting restaurant in Paris right now is Le Chateaubriand (129 Avenue Parmentier), in the 11th arrondissement. The chef, Inaki Aizpitarte, makes you taste things you’ve never tasted before, like he is teasing flavors out of food that you didn’t think were there — it’s all about juxtapositions of flavors and textures. Aizpitarte is the most inventive chef working in Paris right now.

Where do you go when you’re in the mood for your favorite dish, boeuf bourguignon?

And when you want excellent bistro cuisine?

AL: Josephine “Chez Dumonet” (117 rue du Cherche-Midi), in the 6th. It’s a place where they do an anthology of classical French bistro dishes in a beautiful setting — a sepia-toned restaurant where you walk in, sit down, and say “all is well with the world.” For something a little heartier, I love the late-night restaurants in Paris, like La Tour de Montlhery (5 rue des Prouvaires), in the 1st arrondissement. They serve things like mutton with white beans — and they serve sooooo much. One dish could easily satisfy four people. The service is jocular and fun. It’s a wonderful restaurant.

Is there a hidden find that Americans have yet to discover?

AL: Two that are especially good are Les Fine Gueules (43 rue Croix-des-Petites Champs) in the 1st arrondissement, and Le Maxan (37 rue Miromesnil) in the 8th arrondissement.

What restaurant strikes you as the most romantic?

AL: For front and center romance, and for people with very deep pockets, I’d recommend Pierre Gagnaire. The intensity of the cooking will drive you into each other’s arms.

How fascinating. What dish would you recommend for maximum ardor?

What budget restaurants in Paris would you recommend?

AL: One of my favorites is Au Pied de Fouet (45 rue Babylone). Cocteau used to go there. It’s in the 7th arrondissement, which is a very old aristocratic neighborhood, a place where the flower sellers go out of business after six months because the rich people there are too cheap to buy fresh flowers. It’s such a pennywise neighborhood that it’s oddly great for cheap eats. Au Pied de Fouet serves the kind of food you might expect from a live-in maid — real old-fashioned French cooking.

Can you recommend outstanding French restaurants in other cities?

AL: I’ve always liked the Paris Bar in Berlin, off the Ku’ damm, in what used to be liveliest part of West Berlin. They do really outstanding old-style French cuisine, and the crowd is wonderful. In New York I like Raoul’s in Soho. I also like Florent, as much for the bawdiness of the scene as for the food.

Do you have a favorite bar or cafe in Paris?

AL: The best bar in Paris is the Hemingway Bar at the Ritz. You have to mug someone to afford a drink there, and the place is minuscule, but the bartender, Colin Field, is terrific. It’s a great place to go and nurse a drink. My favorite café is Café de la Mairie (8 Place Saint-Sulpice), overlooking Place Saint-Sulpice. Djuna Barnes set a couple of scenes from her novel Nightwood in that café. It’s a very democratic café where countesses can be found sitting next to cleaning ladies.

Do you ever tire of dining in Paris?

AL: The day I tire of dining in Paris is the day my friends will be advised that donations in my memory can be made to the New York Times’ Neediest Cases Fund, the Nature Conservancy, the New York Public Library, and other worthy causes and institutions.

For more suggestions from Alexander, see Hungry for Paris: The Ultimate Guide to the City’s 102 Best Restaurants.