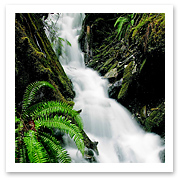 Grizzly bears and herds of caribou, placid bays and white-water rapids, stretches of tundra and spruce forests: Alaska’s wild lands are an outdoor playground. Though some areas are remote and expensive to visit, you can access several of the state’s premier parks, refuges, and other public lands from the highway system and nearby gateway communities.

Denali State Park. Little Denali, as it is sometimes called, has some of South Central Alaska’s best tundra hikes, along the Curry-Kesugi Ridge. The park’s spectacular views of Mt. McKinley are among the finest anywhere. At Byers Lake you can camp or stay in public-use cabins. www.dnr.state.ak.us/parks/units/denali1.htm

Chugach National Forest. Sprawling across much of the Kenai Peninsula and Prince William Sound, this 6-million-acre national forest has vast wooded lowlands, glacially carved mountains, and pristine coastal areas. While visiting, you can stay in campgrounds or public-use cabins. www.fs.fed.us/r10/chugach/

Kenai Fjords National Park. Tidewater glaciers, rugged fjords, heavily crevassed Exit Glacier, and a variety of ocean life are highlights of this spectacular coastal parkland. Explore the park’s perimeters on coastal wildlife tours based in Seward. You can also fly in, stay in public-use cabins, and travel by kayaks in bays devoid of other humans. www.nps.gov/kefj/