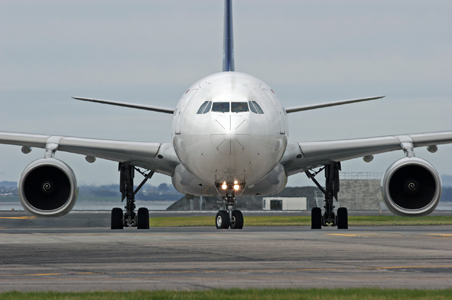 Is there a point at which airline seats are simply too small? When is it unreasonable to expect passengers to squeeze on board? For airplane manufacturer Airbus, seat width is now a major focus of their marketing efforts. The company is hoping to drive a new industry standard of 18″ seat width for all long-haul flights. Following on the heels of recent stories about the ever-shrinking amount of personal space in the coach cabin, this sort of campaign is likely to draw great support from the traveling public. It is not too surprising that the company is pressing this campaign as Airbus aircraft are, in general, wider than their Boeing counterparts, which means the seats are also typically wider to begin with.

As part of their new campaign Airbus released results from a research study showing that the 17" seats offer worse sleeping patterns for passengers versus 18" wide seats. The manufacturer also claims a recent study showed that for long-haul passengers "seat comfort is now the most important criteria when booking a long distance flight in economy, even over the schedule of the flight." While it is hard not to regard such vendor-sponsored research with a bit of skepticism, travelers can certainly agree it’s not always easy to catch some z’s while squished in like a sardine, especially on long flights.

Airbus isn’t alone in their push for seat space, other airplane manufacturers are trying to give passengers more room as well. When Boeing designed their new 787 Dreamliner they envisioned a cabin with eight passengers per row, allowing for ample seat width and passenger comfort. But nearly all of the customers so far have chosen a nine-abreast layout, meaning narrower seats. And with some airlines shifting to 10 seats across in the back of the Boeing 777 aircraft, the 3-3-3 layout most commonly seen still offers one of the best economy class seat width options.

Even with their push for wider seats, several of Airbus’ clients– mostly charter carriers – are flying the Airbus A330 with a 3-3-3 layout rather than the manufacturer-recommended 2-4-2. And there are rumors that some operators of the A380 – already the airliner with the most seats on board – are looking into squeezing another seat in each row for coach passengers. Those extra seats mean a lot more revenue for the airlines, even with lower average fares. And that potential revenue is hard to ignore. In the meantime, passengers will have to continue to get quite comfortable with their neighbors.