News Ronny Maye Should You Cancel Your Vacation to an Area Impacted by a Natural Disaster?
NewsNew York City Rules Against Short-Term Rentals 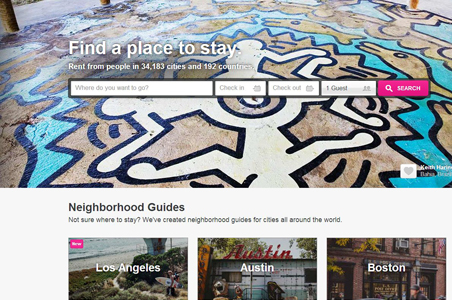 New Yorkers looking to make a few extra dollars by renting out their apartments while on vacation could be breaking the law. Listing your apartment online through Airbnb, FlipKey, or other similar services used to be a reliable way to earn cash and help a visitor save on hotel prices in one of the most expensive markets in the country. A recent ruling by a New York City Administrative Law Judge may change that view, however. Nigel Warren, the tenant in that case, was found to be liable for violating the rules regarding use of a residential dwelling for transient tenants and was fined $2,400.

Simply listing an apartment on Airbnb is not a violation in New York City. Renting a space in a residential building for less than 30 days is, however, and that’s where things get dicey for most users of the service. A 2010 law clarified the difference between residential properties and transient living spaces, making it much harder for New Yorkers to claim that their behavior is in line with either the spirit or the letter of the law. That didn’t stop Airbnb, which participated in the hearings on Warren’s side, from issuing a statement suggesting that its members should not be held to these rules. From their statement:

This decision runs contrary to the stated intention and the plain text of New York law, so obviously we are disappointed. But more importantly, this decision makes it even more critical that New York law be clarified to make sure regular New Yorkers can occasionally rent out their own homes.

The New York authorities cite a number of issues as the basis for the enforcement of this rule. They range from quality of life issues for nearby residents to fire safety concerns. There are also the concerns of the hotels which see the short-term rentals eating into their business. Even if most of the providers of short-term housing are generally full-time residents of their properties that doesn’t mean that those room nights wouldn’t have been fulfilled by the hotels.

The number of listings for New York City on the Airbnb site doesn’t appear to have diminished based on this ruling. At least not yet.

Similar to the issues that upstart transportation provider Uber has had in New York, Washington, DC, and other cities, Airbnb is fighting an uphill battle against regulations and long-time entrenched businesses. Regulators are in the middle, sitting between customer protection, business rules and quality-of-life issues. It is not clear that either side is 100% in the right (and Airbnb is continuing their legal fight on this front) but in the meantime New Yorkers should be careful about how they proceed. The city appears to only be enforcing the rule when complaints are filed but there are no guarantees that will remain the policy.