News Christina Mueller Yes, You Can Visit Los Angeles Without a Car. Here's How to Use the L.A. Metro Subway System
NewsAfter Sandy: 5 Reasons to Go to Atlantic City Now

After Sandy: 5 Reasons to Go to Atlantic City Now 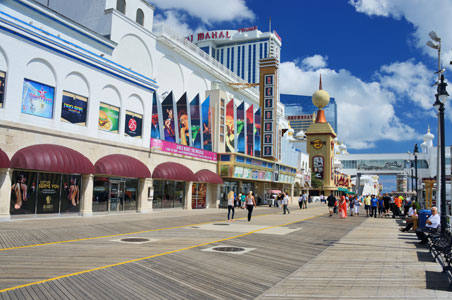 Atlantic City has been making headlines in recent months, seemingly for all the wrong reasons, from the reports of colossal damage from Superstorm Sandy to the latest news that the beleaguered 1,898-room, $2.4 billion Revel Resort is set to file for bankruptcy just a year after it opened to great fanfare. Judging by the sound bites, you might be forgiven for thinking that this hard-partying coastal resort city, long a favorite weekend getaway for East Coasters, was in a serious spiral. A recent weekend visit proved however that not only is AC back in business, it’s got its game face on. With more-competitive-than-ever hotel deals and plenty to do indoors, we think this is the perfect moment revisit the boardwalk empire before the summer crowds return (in force, if Congress passes controversial proposed changes in the gambling laws). Post-Sandy, now might just be the calm before the storm.

Adjust Your Perception: A recent poll found that up to 40% of people living in the Northwest—AC’s catchment area for visitors—believe the historic boardwalk, the nation’s first, to have been completely destroyed by Sandy, and that many of the resorts have been permanently knocked out of commission. In fact, the vast majority of tourist attractions came through the hurricane virtually unscathed, and had reopened just five days after the storm made landfall. The boardwalk is still the iconic place to see and be seen; the section of the boardwalk that was affected—the devastating images shown over and over again on the news—was a minor, outlying section that had already been slated for demolition. Though some attractions, such as the Atlantic City Historical Museum are still undergoing repair, Sandy’s aftermath is little in evidence along the resort complexes that crowd the shore. 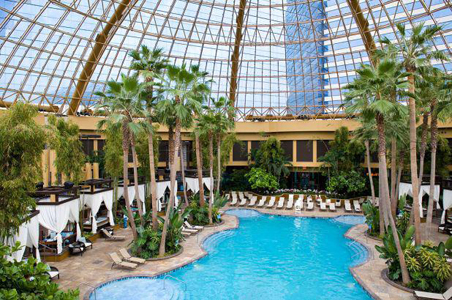 Smart Savings: Hotels are currently offering some great deals and there are serious savings to be made on winter and spring getaways. Harrah’s Resort for example, are offering 30% off rooms through May 2013, if booked before March 11, and Caesar’s have midweek VIP packages starting from just $69, as well as great inclusive packages for restaurant week. 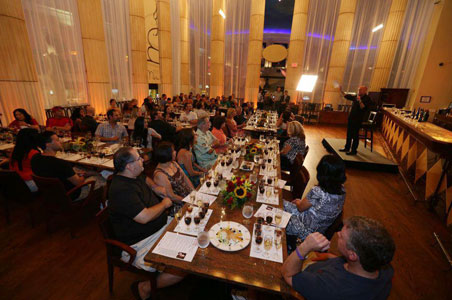 Dining Dates: A wide choice of dining options has always been part of AC’s appeal, with everything from the wildly popular sandwiches at the White House Sub Shop to pioneering haute cuisine at the ritziest casinos. There’s so much on offer, the only problem is deciding where to eat. Next week, those tough choices will get a little easier with the Atlantic City Restaurant week giving visitors the chance to sample offerings from every cuisine, at every level, in every style. With lunch at just $15 and dinner at $30, it’s a perfect opportunity to experience the mouthwatering creations of Wolfgang Puck and other celebrity chefs. Our pick? Atlantic City favorite Luke Palladino’s upscale JerseyÂ¬-Italian cooking—think handcrafted pasta, mushroom and taleggio crespelle, and his signature 16oz osso bucco. The top chefs will be gearing up again at the end of July for the hugely popular Atlantic City Food and Wine Festival. 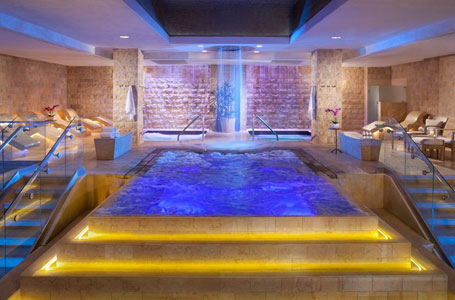 Pampering: So you’ve tried your luck at the tables and it’s still too cold for the beach. One word: spas. Atlantic City has some of the best pampering locations on the east coast, including a branch of the award-winning Elizabeth Arden Red Door Spa. It offers all the salon and spa services you’d expect from Elizabeth Arden, but for real indulgence one of their iconic spa packages is a must. A close contender in the spa stakes is Qua at Caesar’sÂ¬—another award winner and a particularly good choice if you’re visiting with a group of girlfriends. Their restorative Organic Facial (1hr, $150) erases all evidence of last night’s partying, and when we visited, that was a pretty big ask (but hey, what happens in AC stays in AC right?). Stay-and-spa packages, offered by most of the big casinos, are a great way to indulge in some all-inclusive winter pampering. 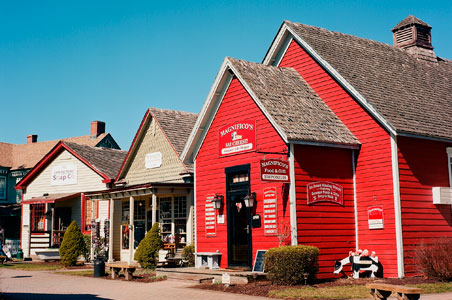 Shopping: If your casino winnings are burning a hole in your pocket, head for The Pier Shops at Caesar’s, 464,000 square feet of luxury stores and million dollar views out over the ocean. The second floor is the best spot to catch “The Show,” the world’s largest shopping mall water fountain display. For something completely different, make the short drive to the Historic Town of Smithville to browse their “shoppes,” and enjoy a fun old-worldy atmosphere. Before you leave, pick up a bottle from Tomasello Winery and Gifts, an outlet for the nearby winery of the same name.