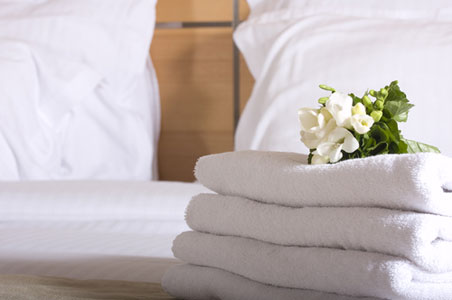 This is the one time you should maybe reschedule those plans to come to NYC. The city is slowly but surely recovering—we’re hoping to see power in Manhattan restored tomorrow, JFK and LGA have reopened, and the trains are partially running again. But even with those positive updates, there are inconveniences, delays, long lines, and lack of heat or hot water that many are still enduring.

If you do have to come into NYC this weekend for, you know, that Marathon, we’ve got some tips for finding the best stays considering a tricky hotel situation. Most hotels are doing a great job of offering fair rates and a good amount of flexibility in this trying time, helping displaced families as well as honoring the reservations of Marathoners. Even some of the hotels with no power, heat, or hot water are all but full.

Denihan Hospitality Group, which owns or operates 11 NYC hotels (only one of which is closed), told HotelNewsNow.com, “We have several marathon groups in as well as individual runners and have been able to honor all reservations. We were able to relocate a group of 52 Italian runners from one property to another, which required moving them from doubles to quads, but all have a place to sleep.”

Before we go on, take note that the entire city is experiencing little to no phone service, so it would be best to book hotel rooms online or via email.

Both Distrikt and TRYP Times Square told HotelNewsNow that they’re offering rooms at market prices through the weekend, noting “We are being very, very careful with pricing,” the Distrikt’s [representative] said. “Even though it may mean loss in ADR, we decided to offer reasonable rates when rooms become available. This isn’t a time to quibble over a few dollars of ADR or revenue,” she continued. “It’s about helping people.” The site also reports that “Across New York, average daily rate was reported at $267.55 on Monday, $277.13 on Tuesday, and $292.32 on Wednesday, according to the sample size of just more than 100 hotels.”

Airbnb is waiving fees for people who are renting out their homes to people in need after Sandy, and they’re letting renters offer rooms for heavily discounted prices.

According to HotelChatter’s list, hotels with power and availability include Hotel Chandler, The Shoreham, The Mansfield Hotel, La Quinta Inn, and Best Western Convention Center. (They also found a standard room at the Hampton Inn 35th Street going for $1000/night.)

Tablet also offered an update on which of their hotels are open, have power, and have rooms available. They range from The Carlyle to the Ace Hotel, with The Surrey, Mandarin Oriental, 6 Columbus, The Mark, and the Sofitel rounding out some of the list. Hotels that are closed until further notice include Standard High Line and Standard East Village, Mondrian SoHo, Smyth, Gansevoort Park, The Mercer, and Crosby Street Hotel to name a few.

Note, too, that Le Parker Meridien was evacuated due to the precariously dangling crane atop the unfinished Park Hyatt New York, so take care to avoid hotels (and sights and restaurants) around 57th St and 6th Ave.

Speaking of restaurants, Eater NY has a great list of the eateries that are slowly opening back up, some even without power. Most restaurants uptown, as well as those in Brooklyn, have reopened, but the larger scope of restaurant damage in the city will take months to work out.

All this to say that the quick recovery process we have seen so far in New York has been genuinely inspiring, as have the many images of people helping people in ways big and small. So yes, reschedule that weekend break in the city if you can, but if you’re ready to battle through the weekend with the rest of the city, its hotels are open and ready for you.

We would like to say, of course, that the sweeping damage of Sandy has reached well beyond New York City and our thoughts go out to all the people still enduring these truly tragic circumstances.